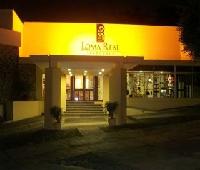 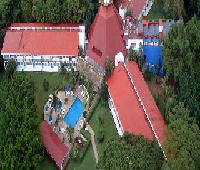 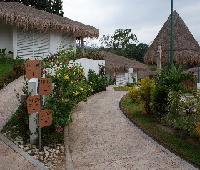 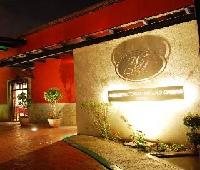 i went there in april the hotel in nice the rooms are big and clean the stafff is very helpful and the bar is pretty awesome the food is excelent best food ever.. and the breackfast is great everithing it was perfect at my stay ... so i would recomended plus is on the top of the city which is great....

What a great stay

I moved to the Loma Real from Casa Mexicana (which I also loved but the did not have availability for my full stay) and I was not disappointed. My room was enormous, clean and the bed and pillows extremely comfortable. The pool area was such a treat after a long day at work. Breakfast and dinner were tasty and the staff in both the restaurant and bar were helpful and attentive without being intrusive, which as a solo, female diner is much appreciated. Reception and house staff were friendly. English is not widely spoken here (my problem not theirs) but there was always someone who could help. I will be recommending that my company use the Loma Real in future

It´s hard for me to say it, but we had such a bad experience in this hotel, since I was a teenager, we traveled yearly to Tapachula and we stayed at this hotel every time we went because it was the nicest hotel in town, I didn´t traveled to Tapachula for more than ten years, this time, I was expecting the same great service, comfy rooms and generally a nice stay so this time I traveled with my parents and we rented two renovated deluxe double rooms, and we expected to be at least as good as it were more than 10 years ago.

Terrible mistake, hence the rooms were recently renovated they were still renovating another rooms right next to our rooms, when we parked in front of our rooms we were surprised because everything outside the room was dirty and with a lot of dust everywhere, but wait, this wasn´t the worst part, when we entered the rooms, both of them had a very strong and filthy drain smell coming out from the bathtub, we complained about it several times but they didn´t changed our rooms nor fixed the drains or cover them, we could feel the bad smell vapors even closing the bathroom door the whole room had this filthy smell, we couldn´t change hotels because the other hotels did not had double rooms so we were forced to stay and we slept with our doors open (the doors didn´t had mosquitoes repellent fabric). The decoration for this renovated rooms is nice, but not something out of this world,

The restaurant has a wide variety of dishes in it´s breakfast buffet menu, things like meat, eggs, beans, traditional "quesadillas" and other great dishes.

Lastly, I feel bad about the hotel because it was a great hotel, even the entrance road is bad conditions.

In Tapachula, Chiapas. We went here for a Mexican cooking class.
Our Tour guide took us there, the hotel has a separate building for events.
Nice place in the middle of the jungle. There was a band playing “Marimbas”, a typical kind of music of the area, very soothing. Had a wonderful time learning how to make guacamole, quesadillas and cooking fish wrapped in banana leaves, delicious.
It was a worthwhile experience.

Conferencing in the adjoining Center

We stayed here about a week while having a meeting at the adjoining Conference Center.I thought it was a great quaint place, with very interesting nature, especially those old trees outside the rooms and the gigantic lizard sunbathing outside my door/window every morning. We were a large group of people checking in at the middle of the night..very few could speak Spanish. Having flown for more than 24hrs, I think definitely the check-in experience could have been faster and smoother. Apart from that, I enjoyed thoroughly my time there. Nothing was too much for the hotel to provide, right upto universal plug thingies..As said, the breakfast was great, the wait staff at least tried to speak English, room was clean and I never met the person who cleaned it everyday. We had a couple of tours and the packed breakfast and lunch was very good.