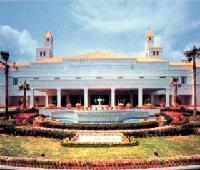 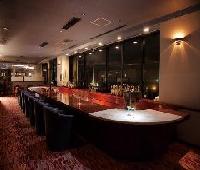 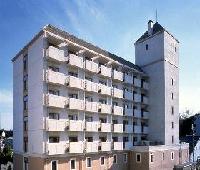 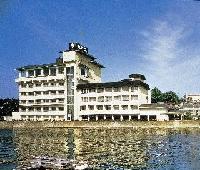 When I went there the people were horrible and they had the worst people who served us they were very rude and not just to me they were rude and many things in my room were stolen I will never come there again. Even my watch that my mother gave to me before she died was stolen by one of the maids I freaked out and found it in one of the trolleys for the house keeping what a disappointment for a place like this. 😡😡😡

I'll preface this review by mentioning that we got a good deal on this hotel by booking more than 45 days in advance. We are also used to staying in small, cramped Japanese hotels.
When we drove up to this place and walked inside, we were blown away by how spacious and modern it is. The hallways were wide and the rooms were large, even by western standards. Our family of 4 comfortably stayed in a twin room, where there were 2 double beds and a fold-out sofa. The room also had a nice balcony with a bistro-set on it, which over-looked a well-groomed courtyard filled with gardens and fountains. The room had every possible amenity, including a refrigerator, flat-screen tv, free internet, robes, slippers, toiletries, and green tea. Unfortunately, coffee was not provided.
The bathroom was spread out over 3 separate rooms, one for a bathtub and a separate shower, one for the sink/mirror, and one for the toilet.
Our room price included breakfast in one of 2 restaurants located on the main floor. Breakfast was not a buffet, it was a standard set. We had the Spanish omelette on the first day, and an American breakfast on the second day. Both were acceptable but not outstanding.
The onsen was also included in the price, and the outdoor bath over-looking the valley was so relaxing.
Although this hotel caters to families and school groups, the hallways and rooms were very quiet, and we hardly heard another guest. It wasn't smoky anywhere in the building, as seems to be the case in many Asian hotels.
Hotel guests have their own private entrance to Spain Mura and can buy a discounted pass (3300 yen for 2 days) which is excellent.
I would definitely stay here again in the future, and would recommend this hotel without hesitation to others.

This is the only hotel adjacent to the Spain Village theme park. It's a nice hotel at first sight. Of course, a lot of Spanish decorations, but that's all. The room size is good with a little balcony. However, wifi is only provided nearby the reception area. During my stay there, I have to say I was almost disconnected for the whole stay (3 days) since their wifi modem is just the one that's used at home and always out of service.

Another problem is the transportation. Bus is almost the only means to there. It takes about 10 minutes from the railway station to the hotel. However, please note that the bus service will stop before 5:00pm. Unbelievable! Unless you are willing to pay for expensive taxi fee, you need to go back to the hotel in the late afternoon and got nothing to do there. So....my opinion is it's OK for a 1 night stay if you so happened to play at Spain village theme park and would like to experience its hotel. Otherwise, stay somewhere else due to its troublesome wifi and transportation.

Great for families but a little pricey

For a hotel that is over 20 years old it is in great shape. The rooms were in good condition and large for Japanese standards. The staff, despite not speaking too much English, does their best to accommodate foreign guests. We had the buffet dinner which had a variety of dishes, both "Spanish" and Japanese. Coffee, tea and deserts were included but it was a little expensive (16,000¥ for a family of four). The little bar that the hotel has is a nice escape for parents.
My only complaints are: no wifi in the rooms. Not enough electrical outlets in the rooms. Restaurant costs.

The spanish dinner was awesome though the portion is a bit small for asians like us. The dessert was very nice! Unfortunately, the wifi is restricted only at the reception area and the onsen is quite a long walk from the main lobby. The onsen is also open to public. Therfore hotels guests like us are not exclusive and we have to flash our onsen card which we were given only once. The good thing is that we need not bring along our towels from our hotel room. The staff at the onsen however are not English speaking. They have female cleaners entering into the men's changing room very often. A bit awkward though.