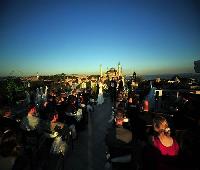 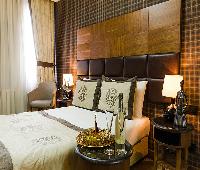 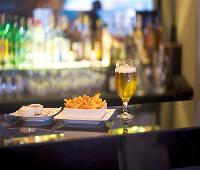 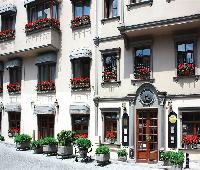 I didn't stay at this hotel, but had the misfortune of sitting down in their cafe for some tea and baklava. A 93 Lira charge for 7 cups of tea and some baklava. Rather than making a fuss, we wrote it down as a mistake and moved on. My advice is to avoid this place like the plague.

I never feel compelled to write bad reviews, but there is no redeeming factor for this place except the location. If that's your need then stay at the hotels nearby like Noah's Ark or White House.

The only good thing of this Hotel is that is very close to the city center , 100 meter far from the “Yerebatan Sarnici”.
The hall is very nice and clean with a lot of nice paintings and beautiful and color lights in the wall. They will ask you to pay immediately the room, but before to pay have a look on the room and see you if can stay inside!! Our room, number 102 was in the first floor, we entered inside and there was a big smell of cigarettes, they put some perfumes but the situation doesn’t changed. The room was WITHOUT window, I explain, the window open in a loft with a lot of dust, we never opened it, this is inacceptable!! The bed was not bad and the room was relatively clean, but the bathroom with a nice shower , is old and dirty (the shower was very very dirty). The garbage of somebody before us was in the basket. The room has also a fridge in function, the television not in function, the air-condition not in function and a hairdryer in function.
Another bad thing is that all the wall in the Hotel are made in plasterboard so you really heard the cough of your neighbor, the voice and so on, we never sleep!
Another bad thing is that in one corner of the room the “wall” that is not a wall but wood panels, is broken and there are a lot of tubes and a noise of floting water . Impossible to sleep. And the electrical installations are exposed and maybe dangerous.
The breakfast is sufficient, with salty and sweet products. But if you cannot sleep, the rest is not important.
The hotel has also an elevator and it is the only thing relatively new.
The staff is kindly and helpful but the Hotel is horrible. Need an restructuring or is it better to close. DON’T GO.

I made a reservation by phone to stay here for 3 nights. I gave them my debit card number as a guarantee and also my mobile phone number. We arrived in the afternoon of the appointed day and were curtly told to come back tomorrow as there weren't any available rooms that night though we would be able to stay the following two days! There was no apology made, nor explanation given, and the alternative accommodation offered was in a different part of Istanbul.
The man I spoke to spoke no English (I live in Turkey and speak Turkish) and had none of the skills one would expect of someone in the hotel trade. He admitted that they should have advised me of any problem by phone but refused to apologise for the omission. He was brusque and rude.
Needless to stay we found alternative accommodation for the full length of our stay in Istanbul. We struck lucky with an apartment (Mataraci Apts) next door to the hotel which worked out cheaper and better.

This hotel let us down badly

They took a deposit for a room for 2 nights and when we arrived, we were told the hotel was full and our pre-booked room was no longer available as the previous guest had not checked out. They told us they had made a reservation for us in another hotel but they didn't offer a taxi to take us to that hotel so we had to find our own way but this was also full as it was New Year's Eve. The second hotel then took us to a thrid hotel which was a complete dive and we refused to stay in. The first hotel seemed like very nice people but they let us down badly. I wouldn't recommend a hotel that treats people like this.