Plot no. 10487, Nirolhumagu, Hulhumale, Nirolhumagu Male International,Male,MV,Maldives
Check in 15:00
Check Out
Comfortable stay in a clean & safe area...totally different then staying in Male GLOUNG on 17/11/2015 00:31

Hulhumale Inn, Your Home Away From Home, Is A 10 Room Guest house Set In The Developing City Of Hulhumale Just 15 minutes Drive From Ibrahim Nasir International Airport, 20 minutes By Ferry From Male And A Few Steps Away From A White sandy Beach. Hulhumale Inn Gives You The Option Of Having An affordable Holiday With The Freedom Of Living Like A Local and Experiencing The Best The Maldives Has To Offer. . 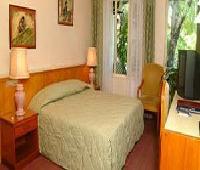 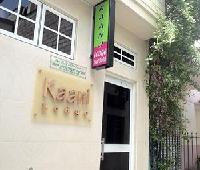 Hulhumale Inn, Your Home Away From Home, Is A 10 Room Guest house Set In The Developing City Of Hulhumale Just 15 minutes Drive From Ibrahim Nasir International Airport, 20 minutes By Ferry From Male And A Few Steps Away From A White sandy Beach. Hulhumale Inn Gives You The Option Of Having An affordable Holiday With The Freedom Of Living Like A Local and Experiencing The Best The Maldives Has To Offer. .

Comfortable stay in a clean & safe area...totally different then staying in Male

First of all, just a small reminder to visitors this is an INN but not a hotel. I had stayed in different different INNs in Male (some are cheap and some are costly), yet I can tell this could be the best room i have ever had among all.

I am thankful for what I had at a reasonable price at Hulumale Inn, seriously. I actually don't ask for much when I stay in a B&B hostel/Inn, I always thought a blacket and hot water with AC are like the basic essential items in this combination. However, in some INNs located in Male/ Maldives, they seem to have different perspective on this combination. Sometimes I paid $70++ or more for a room but didnt have hot water and no blacket but a thin bedsheet!!!:'( It's like you would only choose to turn on the fan with a thin bedsheet or sleeping with the AC without anythign cover you and die in the cold.

If you know how to take the shuttle bus from the Airport to Hulumale, you could avoid from paying too much for the hotel transfer charges? Becasue the bus actually will be stopped 5-8mins walk away from the hotel.

It was a business trip. Had a good stay to Hulhumale Inn. Decent hotel with basic features. Rooms are average, but view from room is awesome as its just a step away from the sea beach.
I would recommend if looking for a decent stay, but not for the luxury and dream Maldives holiday spend.

I needed an unexpensive hotel for a night between travels. Although advertised price was around 50 usd, final price after taxes and tranfer from and to the airport was close to 100 usd. Had to ask for soap and toilet paper, the two Windows in the room faced walls 2 m away, couldn't open them because of the smell of the indian restaurant's air conditioning and the noise of all the air conditioning fans around. The hotel is surrounded by construction sites which start pretty early and go on all day.
Although I was not expecting luxury, I certanly expected a better value for the cost.

This is an inn not a resort.

A small inn with ten rooms. Clean, and close to the airport.
Upon our arrival, Mouaz had some free time so he took us in a short walk around hulhumale and showed us the way to a small local restaurant with delicious local food. This made our evening.
We had to wake up at 5am to go to the airport. Mouaz managed to make us simple breakfast at that time!

Good for one night transfer

Hulhumale Inn had previously upkeep a good reputation that attracted travellers visiting Maldives. Like many others, I selected this Inn based on the good ratings and post August feedback but it turned out fallen short of the mark.

1) Communications with the Inn via Email is inexisitance. I was trying to establish my transfer arrangements to another Island resort but nothing communicated from their part.

2) Arrangements (van) were made by the Inn for pick-up from the airport, but be warned that that would actually be contributed to the final bill (US$5 per pax per way). do note that additional 5% charge will be borne onto the traveller, so bring your USDs for payment.

3) Some miscommunications with the Inn resulted in 40mins of waiting. this could be managed better.

4) on the hindset, the staffs were approachable and pretty hospitable. However, service-orientation was lacking. Morning calls that was indicated wasn't made, inclusive breakfast was not available. Transfer to/fro airport was prompt nevertheless, I cannot fault that.

5) I was given the room at the ground level and I can say its only bearable. Air-conditioning was good and bed is ok, anything else needs improvement. Toliet has a foul smell, somewhat like rotten egg as indicated by another reviewer. No sanitation kits, less tolietpaper. TV has 3 channels and nothing fancy. No problem with wifi though.

6) was informed that there was a change of management, just turn over 4 months ago.