At Jameson Inn Perry, Guests Experience The Conveniences Of a Contemporary Hotel With The Charm Of A Country Inn. Along with Our Award-Winning Service, Guests Also Can Enjoy A complimentary Breakfast, An Internet Computer Kiosk In The lobby, Complimentary Weekday Newspaper, An On Site Fitness center And A Sparkling Swimming Pool. All Of Our Spacious rooms Include Comfortable Dreamium Pillowtop Beds, Work Area with Free Wireless Internet Access, Microwave, Refrigerator, 25inch Television With Cable Or Satellite Tv And A Premium movie Channel, Coffee Maker, Hairdryer, Free Local Calls, and Alarm Clock Radio. Whether You Are Visiting For Leisure or Business, You Will Have A Perfect Stay, Every Time At jameson Inn. . 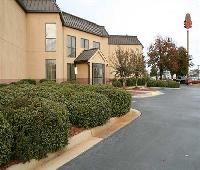 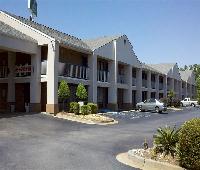 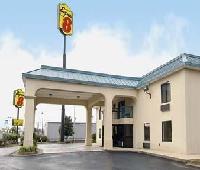 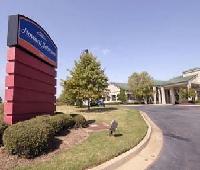 At Jameson Inn Perry, Guests Experience The Conveniences Of a Contemporary Hotel With The Charm Of A Country Inn. Along with Our Award-Winning Service, Guests Also Can Enjoy A complimentary Breakfast, An Internet Computer Kiosk In The lobby, Complimentary Weekday Newspaper, An On Site Fitness center And A Sparkling Swimming Pool. All Of Our Spacious rooms Include Comfortable Dreamium Pillowtop Beds, Work Area with Free Wireless Internet Access, Microwave, Refrigerator, 25inch Television With Cable Or Satellite Tv And A Premium movie Channel, Coffee Maker, Hairdryer, Free Local Calls, and Alarm Clock Radio. Whether You Are Visiting For Leisure or Business, You Will Have A Perfect Stay, Every Time At jameson Inn. .

High security when checking in. Couldn't get into lobby without processing credit card , drivers license, and phone number. Not very friendly check in and no one present at check out. Rooms were clean but had an odor. Air conditioners the old window unit and our fan came off and on all night.

I needed a place to stay with my son in Perry and chose the Jameson Inn. It was relatively cheap and I was just hoping on a clean place. Room was clean, although some outlets didnt work (room 213).

Upon checking in, the receptionist was very odd, getting a bit personal. He actually gave me the middle finger, in front of my 11 yr old son.

That evening I was waiting on someone to pick me & my son. My friend was also with me with his two sons (14 & 12). The boys were having fun, waiting to get picked up, my friend's eldest son was showing the boys how high he could jump. An elderly Pakistani gentleman came out and was chastising the boys for jumping and accused my son. My son politely told the gentleman that he did it and received a rude response.

I was watching and just prior asked the boys to stop.

I would not recommend staying until a change in management. Just seems that the customer service is severely lacking here.

Nice hotel under renovation. We got a clean, quite room. Easy walk to several restaurants. Breakfast is comparable to similar priced hotels. Orange juice was Florida Natural brand which is better than we usually get for this price range. Coffee was fresh and hot. Waffle machine worked fine but is the type without a countdown timer. The breakfast area was clean and fully stocked. We asked for and received a 1st floor room at no extra charge. Lots of free movie choices on the TV. Mattress and pillows were firm but comfortable, which is what we prefer. I will recommend this hotel to my friends that need a room in Georgia.

I don't understand the negative posts about this hotel. This is a good hotel at a fair price. My wife, dog and I will stay here again.

Just a place to stay.

We went to Perry for the Peaches To Beaches yard sales. Last year we booked a room ahead of time. This year we were playing it by ear and found the only available lodging for our budget was the Jameson Inn. There was nothing special about it. No criticisms, no praise. Thankful we found a room!

Stayed 4 nights to attend the Guardian Centers. the first night was ok, they have what you can call a "breakfast" consisting of bananas, milk in a mini fridge that's watered down, a cheap waffle maker, hard boiled eggs, and stale cereal. The management is very shady and unprofessional, they tried to fold our check in paper to hide extra charges and refused to give us extra towels for the shower. The rooms were at least somewhat clean, had an unknown black stain on one bed and the beds were very stiff and pillows were also big and stuff, sleeping on the floor would have been better honestly, day two I woke up with a migraine from the awkward angle of my neck. Management complained about us tracking a small amount of dirt from the truck across the parking lot claiming that "in 35 years of business they've never seen people track such filth". The major problem started when we were charged for more people than we had, they claimed we had 6 people in one of their tiny rooms and up charged us $90 on top of the charge for all 4 nights, when confronted they constantly cut me off in conversation and was incredibly disrespectful and strait up rude, we attempted to explain we did not have 6 people but they refused my explanation and claimed to be "older than my mother" and did not care what we had to say, they also told me that they were going to check every inch of the room and if they found anything they will charge me. The next day we got the Houston county police to come while they checked the room so they couldn't falsely claim we caused damages that we did not, the Indian "couple..??" We're very shady and seemed to be trying to find every way they could to up charge us on the room. The inspection went fine till the end, they both said the room looked good and they wouldn't charge us, the whole time there was an officer there, they then handed me a paper and folded it so I couldn't see half again, this time it was a consent forum saying they could still charge us after we left, I refused to sign it and said that the inspection was final, I showed the officer and he confirmed that it was final and they couldn't make me sign the document. Worst time I've ever had at a hotel, I'll never go to the garbage place again. I strongly advise against going unless you enjoy a sore back, a broken feeling neck and surprise charges for things you never did. And to the idiot management, you sure haven't learned anything in the "35" years you've been in the business, it's been a total waste of your life, congrats.