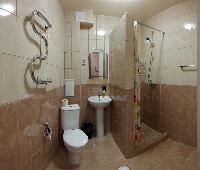 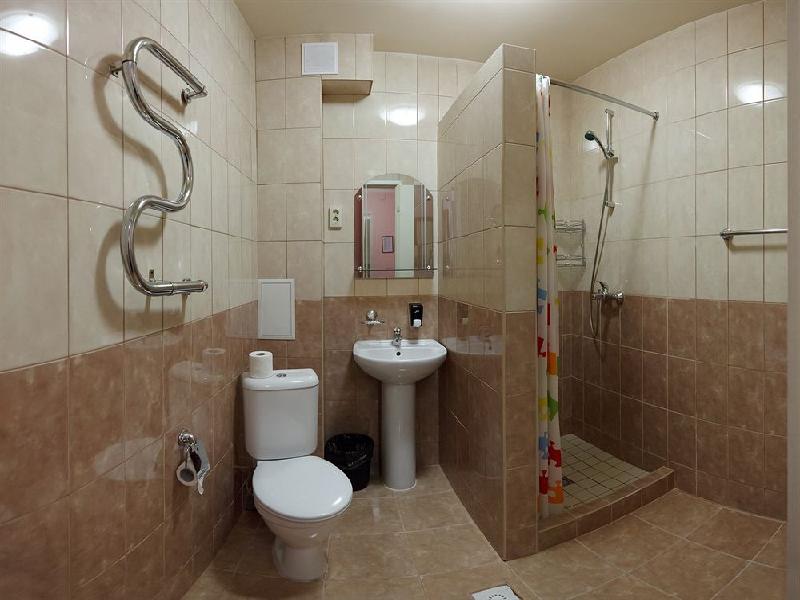 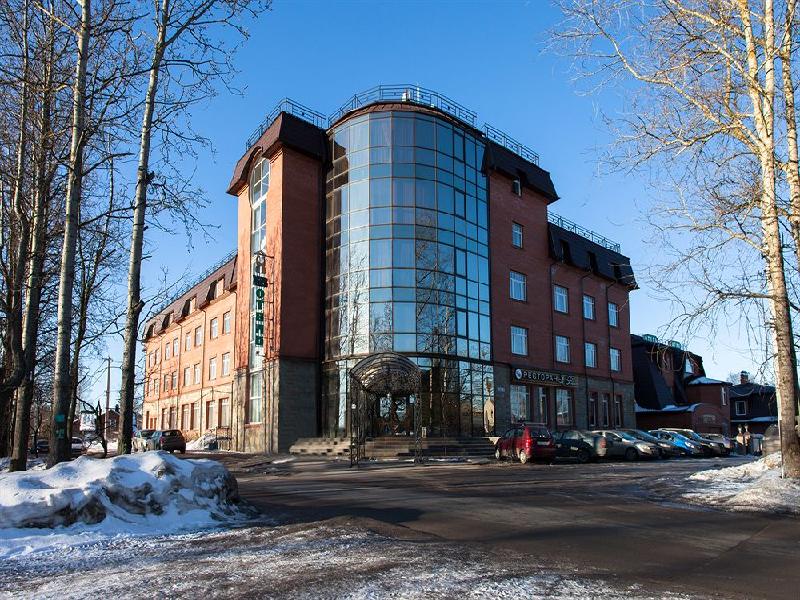 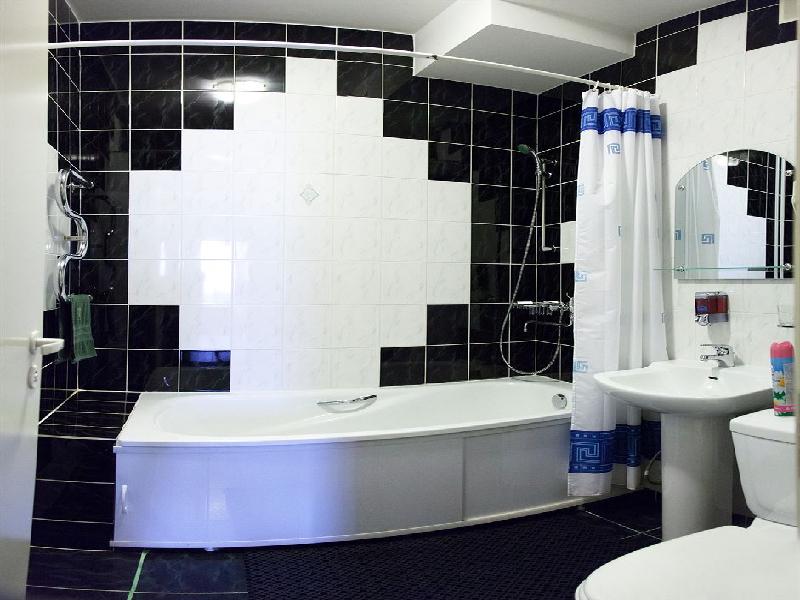 we stayed there for 5 days, we had to change rooms, the wi fi does not work most of the time, it was clean, nobody speaks English, AND one night we came back late from an evening out, the brother of my wife...which is russian slept on the couch of our room for a few hours, and the day we were supposed to leave my wife was stopped in the street by what we could call the security man playing KGB, he asked 2000 roubles to my wife because he saw her brother in our room..then he said if we did not pay I would be arrested at customs because he had friends there....no need to tell you russia went down a few notches right there....

It was interresting to go this hotel because pictures looked like nice and price reasonable inc breakfast.
Its maybe a little difficult to go there without own car because its not in center...however
taxi doesnt cost so much if you do the deal before hire it or use call center.
Hotel quite good looking inc everything nessessary, room a little simple as well as bathroom but ok especially with this price.Around hotel like they advertised nature and small lakes.Isolations of rooms would be nice if little more better because easily was heard some noice from other rooms.
There was f.e. nice playroom for children.
Breakfast also was ok with this price.

I advise every one not to go to this hotel and i will give you the reason why iam saying that , i have been in Russia for 10 days in three different hotels that hotel was one of them , first they charged me extra charges even though i have a full paid accommodation through expedia they told me that i must pay for some kind of registration requested by Russian officials i told them i stayed in another two hotels and they didn't ask for these money for registration ,and for your consideration all of Russian hotels restricted by same law.

In one word I would describe this Hotel as cheap. And its not about a price of accomodation. Its about furniture, breakfast, Location. I couldn't test the wellness, but I'm sure it wouldn't change my impression. All in all a low end 3 star subberb hotel.