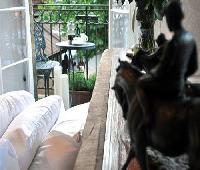 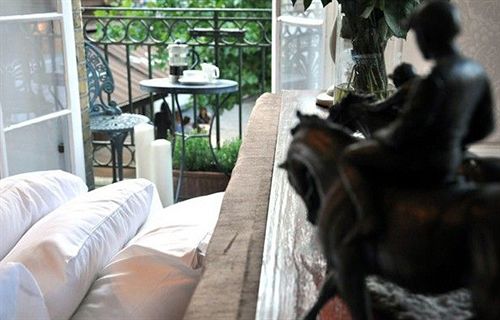 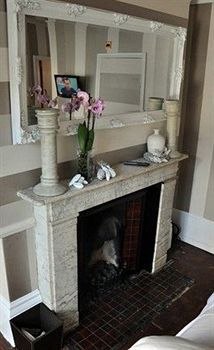 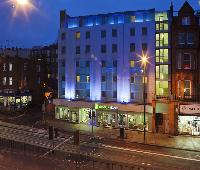 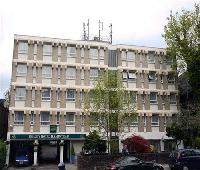 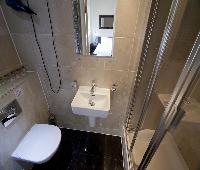 do NOT stay here!!

just spent a night here and honestly can say it was the worst nights stay ever! if you look at the photos what the hotel advertises it to be, do not believe them, they are a very false representation of what the place is actually like. For a start it's not a hotel, it's just rooms above the oldest dingiest pub ever and there is nothing boutique about it. We had to single beds in our room which were not clean, there was hairs on the bed, the duvet was ripped and the bed was so squeaky even from the slightest movement. The shower had no pressure what so ever and was very cold. Think I might have got an hours sleep with the noise from the pub downstairs and the worlds most noisy bed! Do not stay here at all your just being ripped off for basically stopping in a filthy pub!

Would Not Stay Here

this needs an honest review.

As for the room, complete $hithole. First inkling was walking through a dingy, unlighted hallway to a dirty looking door. Figured it was old charm. Walked into a decent, at first glance, looking room. At second glance, I tried to throw something away, found the trash can full of dirty diapers and other stuff. Pulled back the comforter to find no top sheet, some candy (or something) left in between along with wrinkles and possibly some other things. The bedding was clearly used and unclean. Went to check out the shower and found hairs and other unidentifiable things. The towels did not appear to be clean but they may have been. To top it off, couldn't even escape via TV later that night as there were no batteries in the remote and the service they used would not pick up a signal.

They didn't even try on this one.

This place was not inexpensive at 260 pounds for two nights. Since there was almost no water pressure, I can still feel the disgusting film from the place.

While they were very friendly, I had fairly low expectations, but basic sanitation and cleanliness ones were not met. Too bad. Could be a good place.

You can find way better for the same price

For the price I expected a lot more. Me and my partner paid £84 for the night and got a tiny room that was SO dusty. The bed and the bathroom door squeaked. Needs a bit of wd-40 to fix the problem so don't know why it hasn't been fixed. Noisy. Dirty. Overpriced. They didn't even bother to quickly dust before we came. You can book a premier inn nearer the centre of London for less than the price of any of these rooms if you book in advance. Better service, cleaner (and bigger) rooms, nicer bathrooms and closer to the centre. If you want a decent place to stay don't book this one. Would recommend booking premier inn, even if it is a few quid more.

So you arrive and it's a pub. You'll probably have to ask a few people behind the bar before anyone even knows there is a hotel upstairs. They'll ask you to pay immediately and you'll think 'oh that's odd' but you'll pay anyway and be shown to the room.

Inside the room you will find a four poster bed which takes up a good 70 percent of the room which was not that big to begin with. There may or may not be a pretty little balcony with some seats on. In the drawers, next to the ikea assembly instructions and a bag of screws you will find a note telling you not to use the balcony anyway so appreciate the view but for gods sake don't risk a foray out there.

The room is cold. Not mildly chilly but 2 oil heaters cold. When you arrive turn both heaters on immediately before going out to explore. They will not heat the room for 3 hours. If you are staying 2 nights and think you can leave the heater on in the day then prepared to be disappointed, they will sneak in and turn it off while making the bed. They won't bother with the bin.

The tv doesn't work. Don't waste your time. The kettle cord doesn't reach the plug. You can either make tea on the floor next to the extension cables powering the heaters (totally safe no doubt) or presumably you could open a drawer and boil the kettle inside a drawer. Either way it's unlikely to inspire confidence.

There is a mysterious beep in the hallway from a fire sensor which is either low on battery or you are slowly dying from carbon monoxide poisoning. It will beep every 30 seconds 24 hours a day. It has been mentioned on other reviews, clearly it's not going to be fixed. There is a mysterious click that comes from the tv. Between them they will try to break you, stay strong. Remember that Liam Gallagher and David Mitchell are watching over you and everything will be alright.

The toilet flush is the trumpet that heralds the apocalypse. It is long, loud and rattles the pipes. Somewhere you will suspect that the kraken has been released. There is no toilet roll holder. You will end up putting the paper on the sink and it'll end up a wad of damp uselessness. If you are wondering why the sink would be so wet, it's because the kettle (which doesn't fit the plug) also doesn't fit the sink. The only way to fill the kettle is to flick water into it from the tap in the sink. This will cost you a roll of toilet paper and a portion of your dignity.

There is enough hot water for 1 hot shower. Before you try to decide which one of you gets the hot shower though I mean 1 hot shower per hotel. If you get up at 6 you might get lucky. Otherwise clench tight and power through because you will be washing under the watery curtains of an Icelandic waterfall. You can be reassured that the cold will be untouched by the spidery cobwebs that pass for towels in this place.

The location is nice and with a bit of TLC it could be very nice but clearly it's run with a lack of interest so I imagine it'll stay this bad for quite some time...

Good service from friendly and helpful staff . This is not by any means what I understand to be a boutique hotel . The bathrooms have obviously been recently renovated; the rooms need to be . It's shabby and worn . Really , it's a pub with some rooms upstairs. Not what I was expecting and far too expensive for what's on offer .