Explore Arizona from our Knights Inn Fairgrounds - Phoenix hotel; near Chase Field and the Arizona State Fairgrounds. Located off Interstate 17 and Highway 60; our Phoenix; AZ; hotel is an ideal home base for your trip to the State Fair or a casual w 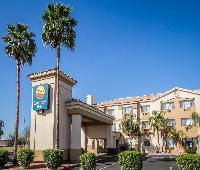 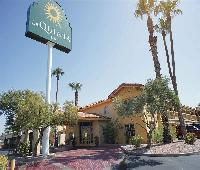 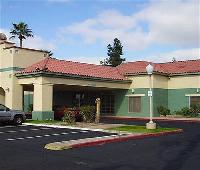 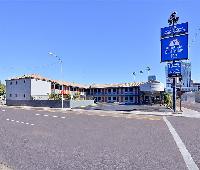 Explore Arizona from our Knights Inn Fairgrounds - Phoenix hotel; near Chase Field and the Arizona State Fairgrounds. Located off Interstate 17 and Highway 60; our Phoenix; AZ; hotel is an ideal home base for your trip to the State Fair or a casual w

For some reason I’ve stayed here multiple times with the same unsatisfactory service. This establishment should be demolished. Roaches, filthy rooms, bad plumbing,desolate location. My last room was “ upgraded” because of awful prior stays. Talked with manager and was offered a “deep” discount. I was pleased with our conversation.
Manager was never on duty to give discount. When I did catch up I got a $5 break.
The suite i was given had used kotex shoved in the area under the sink where kleneex is suppose to be. Probably because there were no trashcans. There were no towels, in the dresser there were dirty sheets that had some sort of human waste on them. One bed had one pillow. That was LAST straw for me. Both the manager and I agreed that I should not stay there again. Avoid AT ALL COST!!!!

Next time I will spend the extra 20$, 40$ and get into something so much better. The room I had was absolutely filthy! How do you pass inspection!? No towels, cockroaches. The only thing that seemed to work was the A/C. NEVER, and I mean NEVER will I come back to this place. Do yourself a very good favor and find a different place to stay. You'll love me later for it.

No. No no no. Nopity nope nope no.

I can deal with budget hotels. I don't often give a place a 1. I'd give this zero if it were available. Nasty. Carpets filthy. Non-smoking room (icon on door) reeks of smoke. Some outlets don't work. Hot and cold water in shower reversed. No ice. No place within reasonable walking distance to get anything. WiFi sucks, keeps cutting out, slow transfer.

There were really poor reviews from last year on Orbitz, but then a few from early 2017 saying that improvements were being made. I am convinced those were written by paid shills. No improvements. The place just needs to be condemned.

It's really just nasty. The spot we usually stay on this run was booked out (I procrastinated reserving a room, stupid me). I'll get an Uber to some other place rather than stay here again.

Just don't do it. Don't bother. DO NOT FEED THEM.

Our experienced with this hotel was horrible. We have to give 10 dollars deposit for the TV remote. The ice machine always out of ice. The whole place was dirty in and out. The most bad thing was the cockroach. I didn't even sleep the night we stayed at this hotel. Never again will go back at this place.