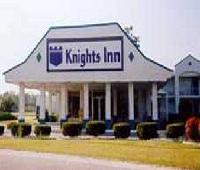 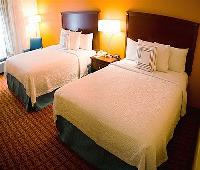 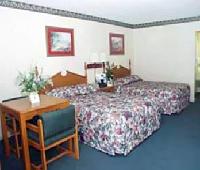 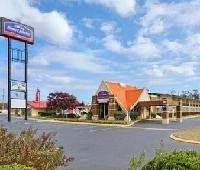 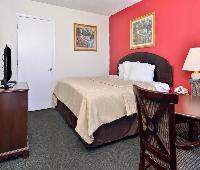 This place is a HEALTH HAZZARD. The rooms are filthy, There were roaches crawling everywhere and the front desk refused to refund or move us because it was longer than 15 minutes since check in. There are no guest keys to the rooms. Desk clerk opened door and told us to lock it from the inside. He said that if we left the room he would have to let us back in because "the locks are broke and there's no keys". Seriously, this place needs to be closed by the health department.

INCREDIBLY rude, dishonest and disrespectful desk clerk! Poor service overall. Hole in the Wall!! I'd rather sleep in my car as compared to paying money to stay in this dump & be mistreated. There are other competitively priced hotels nearby. Bypass this one

On our way to Florida we booked a few pet friendly hotels on the way from CT. this was one of them. We paid and went to the room, took one look, one smell and got out of there. They did refund our money. It is on a dead end, dark road with no security, dirty, smelly rooms and the property is not kept up with. The pool was empty but disgustingly dirty. There were shady people around that made me afraid to leave the room or stay there. Don't stay here! The Best Western a few miles away was great and worth the stay!

So we booked this place knowing it was gonna be somewhat bad. When we got here it was so dirty, so its a good thing we brought cleaning supplies!!!! It had mice and was just plain gross. I will never stay here again, because it was worse than I expected. Also they tried to kick us out multiple times, when we paid all the way through the week. They kept saying that if we want to stay we have to pay more. Overall its the worst hotel I have ever stayed at beware of this place!!!!!

I drove up to the hotel at night and could not really tell what condition it was in. I knew it was cheap and I didn't expect much. But it went way beyond being just old and cheap. In the morning light I saw that the outside of the hotel looks like a building about to be torn down. Inside the room: light bulbs are hanging from the ceiling; bathroom tile is broken and repaired with gobs of caulk; walls and ceilings are stained badly; bathroom sink is ugly and poorly repaired; bed sheets were stained - seemed clean, just badly discolored by stains; bed blanket had cigarette burns in it (even though this was a no-smoking room); carpet has holes; bath linens are tiny and scratchy; electrical outlets are loose; place is absolutely filthy.
Check-in clerk was nice and friendly. Check-out clerk was rude and acted like he couldn't care less about anything. "breakfast" consisted of donut holes, juice and coffee.
The places needs a lot of work. Hard to believe authorities allow this place to operate as a public hotel.
The wi-fi was slow.
Lumberton, NC is a pretty bad place for hotels anyway, but this one scrapes the bottom of the barrel. If you're heading south, push on to Florence, SC - much better choice and a much nicer community. If you're heading north, push on to Wilson, NC for the same reason.