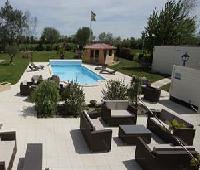 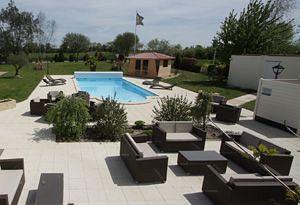 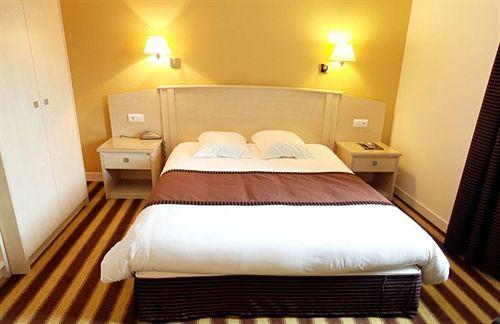 Property Location With a stay at L' ABREUVOIR - LOGIS DE FRANCE in Heric, you'll be within the region of Hippodrome de Beaumont and Forest Gavre. This hotel is within the region of Nantes-Erdre Golf Club and Carquefou Golf Club. Rooms Make yourself at home in one of the air-conditioned guestrooms. Satellite television is provided for your entertainment. Conveniences include phones and safes, and you can also request rollaway/extra beds. Rec, Spa, Premium Amenities Enjoy recreational amenities such as an outdoor pool and a spa tub. Dining Enjoy a satisfying meal at a restaurant serving guests of L' ABREUVOIR - LOGIS DE FRANCE. Business, Other Amenities Free parking is available onsite.

Property Location With a stay at L' ABREUVOIR - LOGIS DE FRANCE in Heric, you'll be within the region of Hippodrome de Beaumont and Forest Gavre. This hotel is within the region of Nantes-Erdre Golf Club and Carquefou Golf Club. Rooms Make yourself at home in one of the air-conditioned guestrooms. Satellite television is provided for your entertainment. Conveniences include phones and safes, and you can also request rollaway/extra beds. Rec, Spa, Premium Amenities Enjoy recreational amenities such as an outdoor pool and a spa tub. Dining Enjoy a satisfying meal at a restaurant serving guests of L' ABREUVOIR - LOGIS DE FRANCE. Business, Other Amenities Free parking is available onsite. 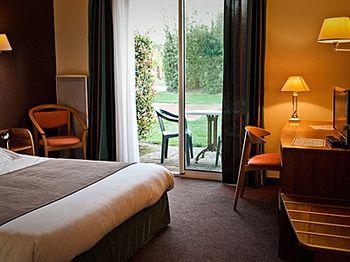 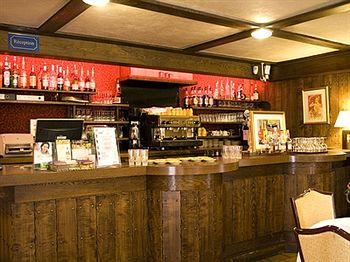 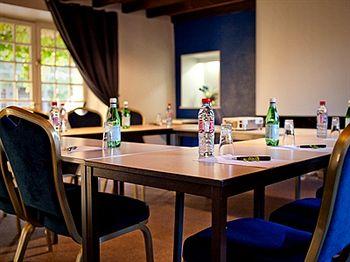 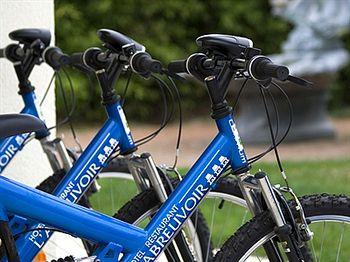 What a lovely place!

Most of the reviews sum it up. Such a warm welcome and before we even spoke to anyone, the two young male waiters beamed at us. It was a good omen. We arrived early (at lunchtime) but it was no bother to them. We had a chalet with French windows and a terrace, which led out to the beautiful pool area. The pool itself was sparkling clean (not common nowadays) and just the right temperature. Seating, under an awning, for meals when it's sunny but, the weather being so hot, we ate inside in the cool. Dinner was great. A lovely salad of smoked salmon and grapefruit, with leaves and sliced tomatoes, steak with potatoes and vegetables and a pistcchio clafouti. Service was willing and very friendly, one of the waiters took the time to find us by the pool and explain what the chef's suggestion was that evening. Comfortable beds and lots of room for parking. A main road goes right by the hotel, but to be honest, we didn't hear it, even with the French windows open. An ideal stop on the way up through France, but we plan to go there for longer next time! Breakfast was good with really hot coffee (another rarity!). Well done to all the staff for a well-run, welcoming relaxed hotel. No mosquitoes, no flies. Only one quibble. There wasn't a wardrobe or a chest of drawers in the room. So where do you put your clothes if you're staying for a weeks? Perhaps it's a short-stay place. Anyway, that is a minor flaw compared to the positive qualities as this charming place.

We had a quick stop over while driving to the south in winter, we booked online shortly before arriving saving considerably on the original prices, when we arrived we noticed the lack of customers, we where originally placed in a room on the wing but was freezing cold and no heaters turned on, then we got moved in the main building wish was much warmer but air con was smelling strong of gas we decided to stop complaining to reception and moved to dinner had a fantastic meal and where so satisfied that fell straight as leep in a room that no longer smelled of gas but when we woke up the air con had stopped working and once again where very cold. However met by a very friendly receptionist in the morning who offered us a coffee paid up and on our way. Was very good but wouldn't pay full price for the room

Now my GPS is correct

I last stayed here two years ago and I wrote a review in favour.

This time my GPS led me straight there and I was allocated a chalet which allowed me to park my vehicle directly outside. The hotel is dog friendly and the local roads are very minor allowing you to exercise a dog easily.

The room was comfortable and warm - and silent even though it is close to the main dual carriageway. Dinner was delicious and I had a pre-dinner gin & tonic with a half bottle of wine and the more expensive menu (€37.59). The total cost for the night was €142.50 which is not cheap, but I felt it was good value. It is a good place to stay if you are catching an afternoon ferry to the UK or Ireland as it is only some two and a half hours from the ferry port.

Located just north of Nantes on the N137 trunk road . Despite being near the road there is no noise as the rooms have double door insulation. Very friendly staff and the restaurant is top notch , room rates are significantly lower at weekends .

What Have They Done To It - Update on Last Year

After such a great meal there last year we thought we would break our journey from Bordeaux in what was a delightfully charming, characterful hotel. I was so shocked what they have done to it, that as I walked through the terrible red metal box they have stuck on the entrance of the hotel and into the reception area, I turned around and went straight out again thinking I had come to the wrong place. They have replaced the wonderful old, beamed entrance/reception area with what can only be described as a modern, soulless, glaring airport reception area which was stuck on the end of an unwelcoming, garish, harshly lit bar. The new dining room is more or less in the reception area/entrance and if you like eating under runway lighting, you will love it. According to the waiter, they wanted to brighten up the place and they are certainly done that! If they wished to spend money, it should have been on the the bedrooms as ours was similar to a 1980's motel room with small towels, uncomfortable beds, old fashioned decor and all a bit sad. Dinner was good but nowhere near as good - too much style over substance and to be quite honest, the atmosphere was so spiritless, it killed any enjoyment. They have massacred a wonderful old French hotel replacing it with some motorway stop over. If you want atmosphere, warmth, welcoming, comfortable place to go, keep on driving.