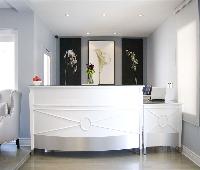 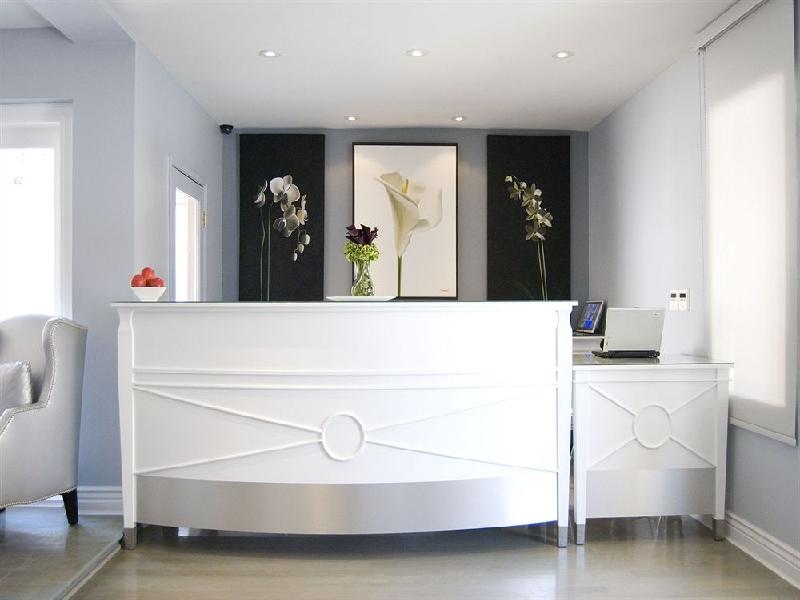 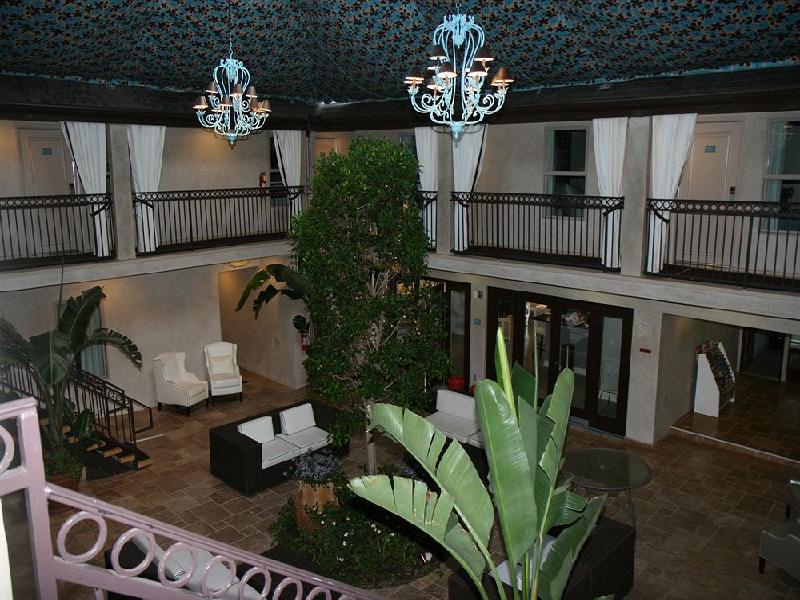 Property Location With a stay at L.A. Sky Boutique Hotel in Los Angeles (Brentwood - Westwood), you'll be close to 20th Century Fox Studio and University of California Los Angeles. This hotel is within close proximity of Museum of Tolerance and Los Angeles National Cemetery. Rooms Make yourself at home in one of the 28 air-conditioned rooms featuring flat-screen televisions. Your room comes with a pillowtop bed. Windows open for fresh air and courtyard views. Complimentary wired and wireless Internet access keeps you connected, and cable programming provides entertainment. Bathrooms have designer toiletries and complimentary toiletries. Rec, Spa, Premium Amenities Make use of convenient amenities, which include complimentary wireless Internet access and tour/ticket assistance. Dining Continental breakfasts are available daily for a fee. Business, Other Amenities Featured amenities include complimentary high-speed (wired) Internet access, a computer station, and express check-out. Parking (subject to charges) is available onsite. 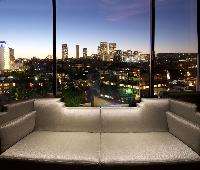 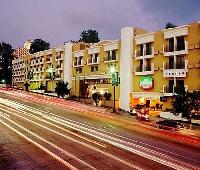 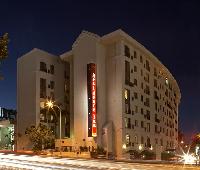 Property Location With a stay at L.A. Sky Boutique Hotel in Los Angeles (Brentwood - Westwood), you'll be close to 20th Century Fox Studio and University of California Los Angeles. This hotel is within close proximity of Museum of Tolerance and Los Angeles National Cemetery. Rooms Make yourself at home in one of the 28 air-conditioned rooms featuring flat-screen televisions. Your room comes with a pillowtop bed. Windows open for fresh air and courtyard views. Complimentary wired and wireless Internet access keeps you connected, and cable programming provides entertainment. Bathrooms have designer toiletries and complimentary toiletries. Rec, Spa, Premium Amenities Make use of convenient amenities, which include complimentary wireless Internet access and tour/ticket assistance. Dining Continental breakfasts are available daily for a fee. Business, Other Amenities Featured amenities include complimentary high-speed (wired) Internet access, a computer station, and express check-out. Parking (subject to charges) is available onsite.

First night no sink. Second night no air conditioning. Had at least five conversations about getting a reimbursement with desk staff and manager. I should not have to spend hours discussing problems with room with so many employees. My trip was tightly scheduled. Should I have canceled what I flew to LA to do in order to be in hotel when manager/owner was there? They have my cell phone number and email. A normal hotel would have reimbursed some amount on the spot.

Don't judge a book by it's cover

When I walked up I was a little taken back by what it looked like out the outside. My first impression was this place looks a little sketchy. HOWEVER once I got settled in the room I was pleasantly surprised. The bathroom is huge. They had nice toiletries (everything we had was from bath and bodyworks!) And the bed was comfy.

Overall the layout of the hotel was a bit strange. It reminded me more of a an apartment complex, but once you get over that it's fine.

My booking was from 19th - 27th June with L.A Sky Boutique Hotel.

I contacted the hotel to advise I will not be arriving on 19th June due to having an anxiety attack, I was unable to board my plane. I also advised I was travelling alone from London to L.A for a medical procedure and would be having an operation, therefore I was very anxious. I spoke to a gentleman called 'Ben' from the hotel. Ben advised me I should speak to Hotwire directly who I had made the booking through.

I called Hotwire directly and the lady I spoke with was very helpful, she made a call to Ben at the hotel and advised him I would be arriving a day later. The lady then advised me that my notes had been updated and when/if I called Hotwire back, I would not have to explain my circumstances again (Btw Hotwire have amazing customer service).

I arrived to L.A on 20th June, I arrived to the hotel around 6.30 pm. I was greeted by a gentleman called 'Kevin'. I would like to be clear that Kevin tried his utmost to provide the best possible hospitality and professionalism and should in my opinion be awarded the employee of the year award for his kindness and help.

To continue - I arrived at the hotel and to my shock I was advised my room was re-sold. I explained I and Hotwire had spoken with Ben from the hotel. Ben denied having any contact with either myself or Hotwire. I was then able to show call records AND call Hotwire and have them confirm from their notes that I had spoken to Ben to advise I would be arriving a day later. They still denied the conversation!

The Hotel is family owned and clearly very money hungry. Instead of offering me the equivalent or better for re-selling my room at THIER error, the owner INSISTED the only way I could stay at the hotel was if I paid extra for the a better room, otherwise, there was no available room for me to stay within.

This is whilst they knew that a) I had travelled alone from the UK for over 20 hours b) I was due an operation the following morning and needed my rest, c) they had re-sold my room in THEIR error and were firmly unwilling to rectify their mistake or admit that Hotwire or myself had spoken to a Ben at the hotel previously to advise I would be arriving a day late.

Hotwire then kindly confirmed they would pay the difference of the room, which they really didn't need to do, it was the hotel who should have expensed their own error!

To make matters worse, the room was absolutely freezing and not of good standard at all. It was unclean, the bath had hair within it, the floor had dust, the bed sheets had a mark and the room required an additional external heater to be on for 24hours before the room heated up to a comfortable level! Appalling!

To make matters worse - I had to check out of my room on 27th June. My original booking was for 8 days 19th-27th June. I arrived a day late and therefore had advised my 8 days would start on 20th - 28th June instead. Common sense right?

Baring in mind I had paid for the 19th June which I hadn't even been at the hotel for! However, I had to check out on 27th. My flight was on 28th June and I had my last hospital appointment on 28th morning. I was extremely uncomfortable, tired, in extreme post-operative pain with nowhere to go. I had to ask a nurse who I had randomly met, if I could sleep on her sofa for the night. Keeping in mind I had my nose and ear grafts removed, I required a comfortable bed, not a sofa! It was the worst day and night of my life. Drowsy on pain killers and alone, far from home in the heat and pain from my procedure.

I am very appalled by this hotel. I URGE that it is taken off of the Hotwire recommended list. It is definitely not a boutique hotel, the standard is very poor, it is family run but without the family feel, quite the opposite they are in fact very cold and ruthless towards their customers and treated me extremely badly from start to finish.

DO NOT BOOK THIS HOTEL. I never write reviews UNLESS its a good review and honestly, I knew I had to warn others from the appalling experience I suffered.

Worst of all, it was not even a budget hotel, it was very expensive per night, in the UK or Dubai for the total I paid you would stay at a 5* beautiful hotel, this place was a complete shambles! The only positive was meeting a great guy called Kevin who was very kind and tried to be as helpful as he could, but limited on his help due to the heartless owners.

The hotel as a hotel is just renewed apartments. The rooms are fine the bathroom is kind of meh and the yard that you can stick around is a win win.

But soundproofing is terrible if the couple above your room decides to talk / go to the restroom/ walk you will hear everything loud and clear. The same applies for cleaning services that if they clean the room next door or even the room 2 doors away you will have an exclusive sound for this also.

I wouldn't suggest this for more than one night.

One of my cards was cloned during my visit to L.A.. and several debit transactions were done before I could notice and report it to the bank. Since I have used this card only once, in the last day of my staying in the US, to pay a Sky Boutique invoice, I can only imagine that there is problem with some of the staff at the reception desk.

In order to avoid such unpleasant situations, all future guests of this hotel should be aware and be careful when using cards

Anyhow this hotel is highly overated.