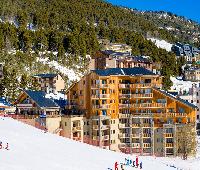 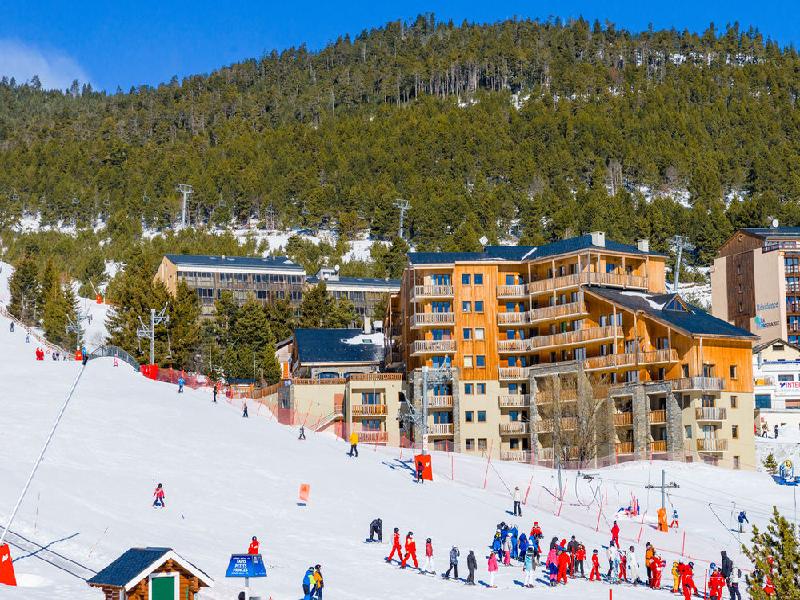 Property Location When you stay at Lagrange Confort+ L'Ore Des Cimes in Les Angles, you'll be minutes from Les Angles Ski Resort. This residence is within the vicinity of Font-Romeu Ski Resort and Golf de Font-Romeu. Rooms Make yourself at home in of the guestrooms, featuring kitchenettes with microwaves and dishwashers. Rooms have private balconies.

Property Location When you stay at Lagrange Confort+ L'Ore Des Cimes in Les Angles, you'll be minutes from Les Angles Ski Resort. This residence is within the vicinity of Font-Romeu Ski Resort and Golf de Font-Romeu. Rooms Make yourself at home in of the guestrooms, featuring kitchenettes with microwaves and dishwashers. Rooms have private balconies. 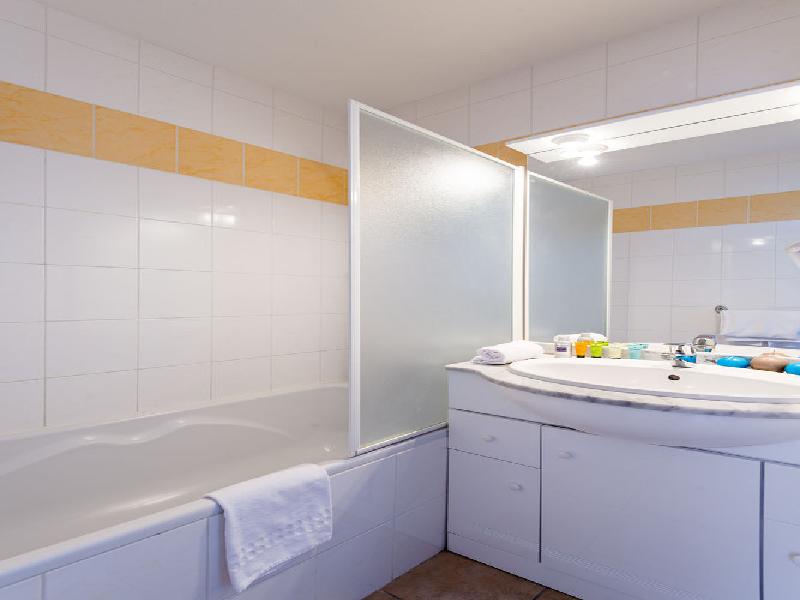 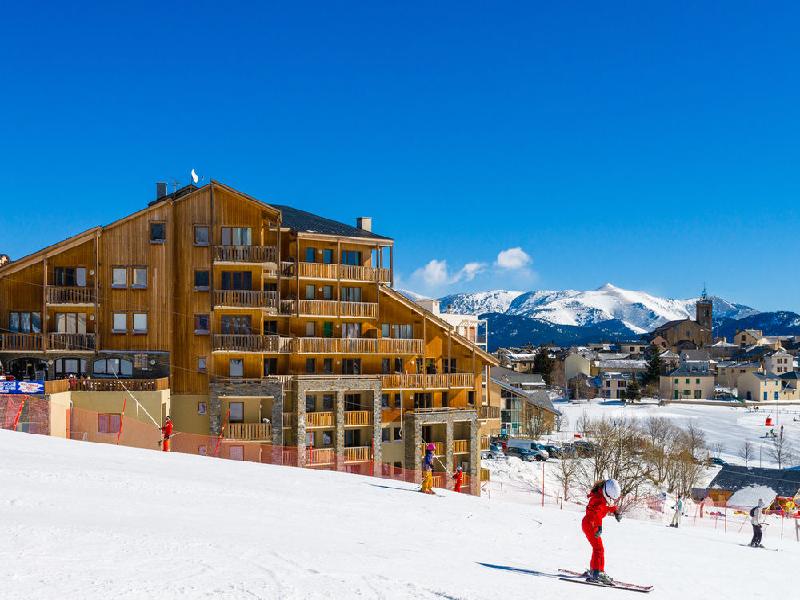 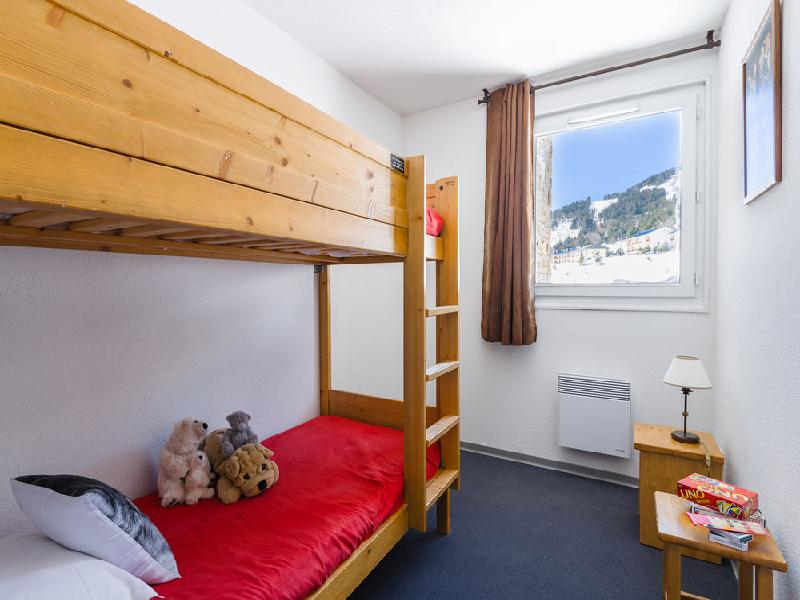 The prat de Lis is a cluster of self catering apartments that are situated Very close to the slopes and about five minute walk to the main telecabine (sadly when we visited there was no snow so we couldn't ski right back to the flat but it is possible)! The apartments are warm, bedding provided is minimal just blankets and sheets with one towel per person and one dishtowel. Ideally (if you aren't flying on Ryan air) you would bring your own linens. The kitchens are basic with microwave, four electric burner, full size dishwasher and pots and pans and plenty of plates . You will need to purchase absolutely everything including toilet paper, dishwasher tablets, washing up liquid, cleaning sponges and cloths. The apartments have balcony with scenic views and a television that is pretty antiquated and didn't work in our room. There is wifi for about 20euros for a week, which was reasonable although cut off pretty often so even though that is the streaming price - don't expect to be able to stream. The situation however is great, only a few minutes walk into the village and right by the pistes. There is a small sauna and hot tub which can be reserved and overall even though basic, it's very comfortable.

We paid a staggering €970 to stay here for 1 week in a one-bed apartment. It was our first time skiing as a family and took this price to be the 'norm' for term break - however upon enquiring from others while on holiday, we discovered that this price was quite high! Upon arrival we queued for almost an hour to get our keys. The receptionist then took out a questionnaire sheet and proceeded to explain that there would be a 'charge' for sheets; towels, TV; Wifi; parking; ski storage, cleaning and pets! We had no choice but to take sheets, towels and parking (all charged for per person and at a daily rate) & declined the others. We were then informed that we would have to clean the apartment ourselves and would be inspected the morning of our departure to ensure it was cleaned to their standard. A mandatory deposit of €240 (€60 per person) would be refunded if our efforts passed their standard! On top of having no choice but to pay out for these necessities, we were then given directions to our apartment. This 'residence' is built into the side of a mountain and is divided into 3 buildings. Each building has three floors. Each floor has 2 sets of stairs. Our apartment was on the third floor of building 3!! With two kids, four suitcases skis, boots, poles, helmets not to mention day to day groceries, combined with weather conditions, this daily 'climb' was crippling. The kitchenette has a 2 ring stove and a coffee maker and is very dated. There is a dishwasher and microwave however no kettle or hair dryer. There is a lift from the basement but only up to building no. 1 so it was 6 flights of stair to reach our door! Also it's not central to the Telecabin or village centre. Will def Not be returning!

Ripped off and disgusted

An absolutely abysmal experience. We stayed at this poor excuse for an apartment in December 2011 and as it was expensive we were looking forward to it and expecting a lovely place. When we arrived nobody was there and reception was locked. When we eventually got in, they charged us twice for bed linen and refused to refund the 60 euros even though it was their mistake, claiming they could not give us cash or put it back on our credit card but could only credit a French bank account. Utter rubbish I thought but as we have a French account we provided them with details for the refund. I wish I had been more forceful and refused to leave until I got my money back. Four months later no refund has been made despite my constantly asking them, politely and more recently less politely. I am certain they have robbed us deliberately.
This is on top of the apartment being cramped and like the other people mentioned, nothing was said about us having to clean the room after a one night stay until they tried to charge us another 70 euros as we were leaving. I then had to face cleaning it rather than skiing plus the indignity of having someone come and inspect my cleaning effort before they'd let us leave! An utterly disgraceful place that needs to be put out of business (though not before giving my money back). Our short stay in Les Angles was completely ruined by the unhelpful attitude and poor quality of accommodation. Avoid.