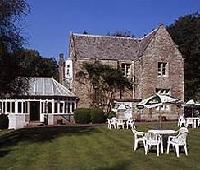 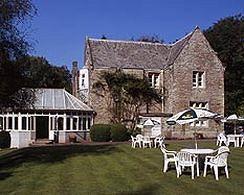 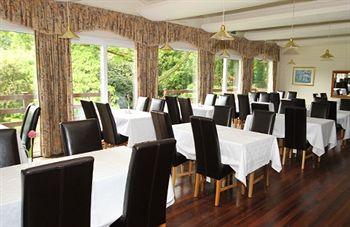 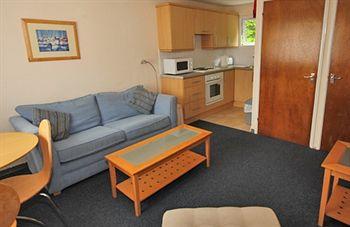 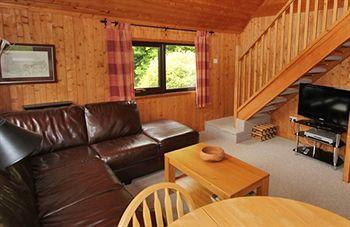 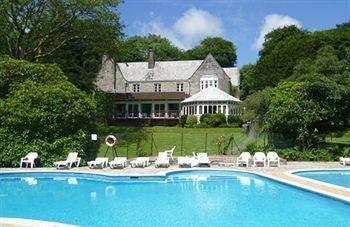 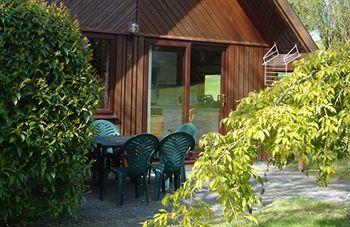 We stayed at Lanteglos Country House Hotel for six nights as part of a Road Scholar Tour. The main hotel is situated in a historic building nestled into the Cornwall countryside outside of Camelford. Our second floor room in the main house was spacious and comfortable. The bathroom was large and included a jacuzzi tub with a detachable shower head. The main hotel rooms and lodges were very nice. One of our friends found their cottage room to be dusty and smelling of mildew. When they complained, they were moved to a much nicer lodge room. Roger, the owner (I believe), and bartender was quite charming and all of the staff were helpful and accommodating. Our trip included breakfast and a three course dinner in the hotel's dining room. Breakfasts included a buffet with cereal, and made to order hot breakfasts. The dinners were great, and I especially enjoyed the main courses with fresh, local fish. If you are going off-season, all the amenities the hotel has to offer, including their outside pool and downstairs pub, may not be open. The hotel offers a coin operated laundry room, not cheap, but very convenient.

having arrived after a 400 mile trip only to be told that there was no food being served, the room was very over priced limited parking.

To say the least not impressed at all when asked to come to some discount due to no food the response was hear is a list of pubs when just some 1000 yards down the road is the golf club with fantastic food nice rooms.

Spent an amazing time at this hotel, the room (room 4) was big, clean and tidy. The staff were all friendly, with the young waitress deserving a special mention. I would definitely recommend as this was a lot of hotel for the price. As someone who is a regular traveler and who is normally very fussy about hotels I was very impressed

Set amongst a lovely countryside The Lanteglos Country Hotel is a lovely old building, which gives the appearance of once having been a monastic building in the past, located next to a lovely old church.
We arrived at midday, which we accept was two hours before our room was available. To be fair, the hotel make it quite clear that booking in takes place at 2pm. However, it was a very hot day and, as we explained, we had travelled some distance and wanted to be sure that we could find the hotel. We were not asking to be booked in. Nevertheless, I was a little surprised to find that the lady on reception, didn't offer us the use of any of the facilities or even a drink. Instead, she suggested various nearby towns we could go to until our room was ready.
When we returned, we were given a very nice room (room 4) with a view over the gardens. Generally speaking, the service was good (Roger the barman and the waiting staff were attentive and excellent). The housekeeping staff could do with a bit of motivation. Cobwebs on the bedside lamp and around the windows, no proper tea, only fruit teas and coffee in the room, one sachet of sugar and smeared mirrors added to the impression that the housekeeper wanted to get out in the sunshine too, rather than pay attention to detail that such a hotel usually has.
Notwithstanding this though, we had booked the hotel directly, rather than through a website and would say that for the price that we paid for a two night stay, it represented good value for money.

Set on a beautiful quiet area opposite a beautiful ancient church.
Room was clean and tidy, bathroom with spa bath was a welcome surprise.
We only booked for two days but would of stayed longer.
Food is nice, but on the dear side which is a shame I think if they bought down their prices a couple of pounds they would be busier especially with the chalets on site as there is nothing much in walking distance around here.
Drinks are quite dear too.
Breakfast was included in our room price and was lovely. Plenty of choice.
Would like to come back again maybe in a few years time.