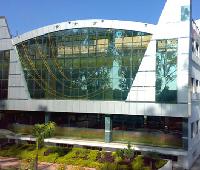 Dalhousie Road, Mamoon Pathankot,Pathankot,Punjab,India
Check in
Check Out
The worst and most sick hotel.Its a nightmare! gurudas2016 on 18/05/2016 14:29 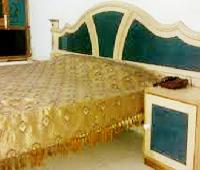 The worst and most sick hotel.Its a nightmare!

We recently stayed here for just 1 night as a stopover on the way to Chandigarh.
The staff at the reception had no clue regarding our booking,which we had done in January.They were confused, calling here and there.Our check-in was delayed by 1 hour and we were made to sit in reception.Rooms are pathetic, bathrooms smell, TV channels not accessible, no wifi.Only food they served us was good.Then 1 staff said we could order only veg food since we have not given non veg in our booking, which was wrong as we had done so.After speaking to our travel agent they agreed to serve....Dinner delayed by 1 hoour due to this....Just horrible!!!!... I could go on and on..... chodo...

An average budget hotel would be an overstatement but still it gets small city benefit of doubt.

Some rooms are not at all maintained and are un shabby state. Though there are a few new rooms - 6 I guess on the 2nd Floor which are new and well maintained.

I, along with my friends, stayed at Le Kingston in January for a friend’s marriage. Calling our experience at Le Kingston the worst ever would be an understatement. Pathankot is a small city and there aren’t many hotels. But the kinds of services at Le Kingston are way below the average standards, especially if you consider the money you pay. It’s wise not to expect ANYONE to attend to you if you reach at wee hours in the morning as me and my friends did. We reached the hotel around 6 am and went to the reception to find no one there. There was a person sleeping on the floor and on telling him about our advance booking of the rooms, he went inside and never came back. After waiting for 15 minutes, we literally had to shout at the reception so that somebody could hear us and attend to us. It wasn’t before 20-25 minutes when we saw a face! We were then given the keys to our rooms. Taking a sigh of relief, we entered the room, only to find stinking bedsheets and stinking bathrooms. The toilets, I assume, were never cleaned, or so it looked! The buckets and mugs were dirty. The TV was there, but didn’t work. We could not get it working even after raising a complaint. We weren’t expecting luxury services ofcourse, but the least that we expected was cleanliness and a little professionalism. During the 2 days that we stayed there, we just wanted our stay there to get over. The smallest of services like getting a bottle of mineral water every day will cost you innumerable trips to the reception. By the time we had to vacate the rooms (after 2 days of stay), most of the guests had left and the hotel staff was taking off the decorations. And they put some random music on loudspeakers, not caring that there were some people still in the hotel. Do NOT spend a penny for staying in this hotel if you expect even an average experience.

I was travelling with extended family and had booked le Kingston through travelguru.com When we arrived, the hotel had no record of our booking. The rooms had TV , which did not work. Airconditioners were noisy, and remotes were missing. The fans had no regulators and worked only on 1 speed, the highest, like a whirl wind. The home page of the the hotel on travelguru states' Also offers Complementary breakfast and 24 hours electricity". However, the owner Mr. Gurpinder Sohal said they do not offer Complementary breakfast for rooms booked through travelguru. I called travelguru, and the supervisor said the word 'ALSO' is mentioned so it is the hotels discretion to offer complementary breakfast or not. mr. Sohal then said he would offer 50% discount on food to compensate our bad experience. However, during checkout, he was absent and the staff had no instruction so charged full cost. Highly avoidable place

We made a booking of two delux rooms but on arrival, when we saw the condition of delux rooms. They were very bad. One will find lizards roaming near the window ac and the bathroom was having dead cockroaches. If someone is planning for this hotel for a stay then go for super delux.
The photographs on the website do not go along with the actual rooms.
Also, the bathrooms are not maintained.
The staff is cooperative and polite.
It also seems that the hotel is under renovation for new rooms.
The hotel doesnt seems like a proper hotel, it seems its a marriage banquet plus hotel.
Avoid this hotel.