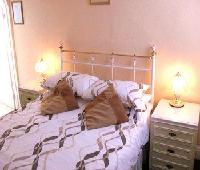 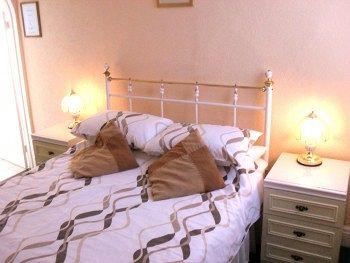 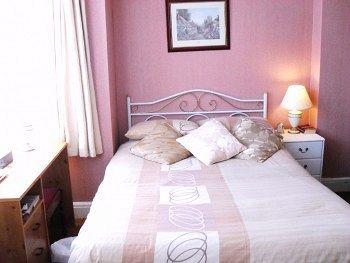 Property Location When you stay at Le Vere House in Clacton-on-Sea, you'll be within the vicinity of St. Osyth Beach. This guesthouse is within the region of University of Essex and Mistley Towers. Rooms Make yourself at home in one of the 5 guestrooms. Conveniences include coffee/tea makers, and both irons/ironing boards and rollaway/extra beds are available on request. Business, Other Amenities Free parking is available onsite. 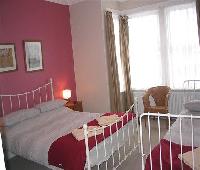 Property Location When you stay at Le Vere House in Clacton-on-Sea, you'll be within the vicinity of St. Osyth Beach. This guesthouse is within the region of University of Essex and Mistley Towers. Rooms Make yourself at home in one of the 5 guestrooms. Conveniences include coffee/tea makers, and both irons/ironing boards and rollaway/extra beds are available on request. Business, Other Amenities Free parking is available onsite.

I will start with the positives the room was ok if noisy from building behind and an overpowering smell of potpourri but this is where the positives end. The décor is different and as for the breakfast it was worth £5 at the very most. There was a choice of 2 cereals, tea and coffee and then a cooked option which included a sausage, 1 slice of bacon, 1 mushroom sliced, the smallest possible portion of beans and some eggy blob all swimming in fat. The following 2 nights we stayed in similar priced one the same one slightly cheaper and there was no comparison in the quality of room or breakfast, compared to these I wouldn't rate this place as worthy of half the price one of the places was in a much nicer location as well. As for the landlady at breakfast apart from asking if we wanted tea or coffee all we got from her was grunt until we heard her loudly arguing with someone on the phone all very poor.

Give this one a miss.

Overwhelming smell of potpourri as you walked in and everywhere else in the house.
Our room leaked water onto the TV Table when it rained, we asked for a room change and this room faced to the rear and gave us a view of a hostel for men with social difficulties. The noise from them started at 5am shouting to each other and feeding the sea gulls which gave everyone around the most awful racket from 5am onwards. If you want to wake up at 5am every day this is the place for you!
Breakfast was at 9am (No choice offered) A version of a full English breakfast was placed in front of us without asking what we would like, it was a highly spiced dish which made my eyes water and nose run. Chilly I think???
The whole place was tired and in bad need of updating. I booked on the basis of reviews so something has gone wrong with this place.
It was half term holiday and this was the only place with vacancies, it turned out to be only us in the building. “Wonder why”
Much more to say but you get the picture.
We will not be going back.

Spent one night at the Le Vere,on Saturday , the landlady couldnot have been more accomadating, let us have the room 3 hours befor our due arriving time ,the room was very clean,beds comfortable, very good breakfast. If people complain ,they should go to a 5 star hotel and pay 5 star prices,after all this is a B andB and very reasonably priced for the service given.

Went there with my wife and 3 friends for my wifes birthday weekend.Originally booked through an agency but then place changed hands so had to rebook.Were told price would be the same but when we got there we found that we had been booked into a family room and price had gone up.Had no option but to accept as had no way of getting other accommodation at that time.The room was reasonable apart from the dust but we had no maid service at all for the time we were there.The landlady was very nice but did not seem to have much of a clue of how to run a B and B.Now for the breakfast, very small egg,bouncy like a ping pong ball,1 small cremated sausage,2 pieces of dried up bacon,a few bits of thinly sliced mushroom and a few beans, all lukewarm. Then the supposed toast which consisted of a few bits of warm bread which at best waved to the toaster on the way past.The tea was ok though,be thankful for small mercies.I can only suggest that this place is given a miss until some improvements are made,