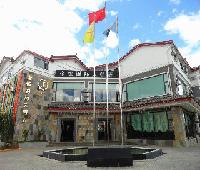 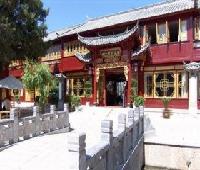 We had gone in before a Blue Jay game hoping it'd be a little cheaper and casual than the sports bar we went the night before. They were slow getting to us, slow getting our food and then never returned. I kept asking other waitresses and one essentially told me she couldn't help me and then said she'd look for our waitress. Another asked if I knew who my waitress was... Every sarcastic thought came to my mind but I simply said, how would I know her name? Yes, I went looking 3 times. Finally I was looking for someone who could point me to a manager and she shows up... I started there with four of us but told my son and his gf to go on to the game. I'm a tourist so likely never would have been back anyway. But I would spare you the pain of going to begin with.

A few friends and I were hoping to watch the Raptors play at Jurassic Park, but the outside viewing was cancelled due to inclement weather. Instead, we ventured into Hoops for snacks, drinks, and to watch the game. We ordered a round of drinks, and some appetizers to share. We were told by the waiter than unless we spent $300 minimum for the table, then we would have to leave. We were gobsmacked - and shocked to be treated so rudely. Would never go back - and were disgusted about being asked to leave.

Came here for the first time, and probably the last time. Food was okay and was reasonably priced for what we got, but the waitress disappeared for long periods of time and when we did see her and ask for something she would leave and forget. Inside was pretty run down, and not in a charming way.

I did not have high expectations for my evening at hoops, being a spots pub I was looking forward to some drinks and some finger food before a leafs game. However during the course of my eveing, my already low expectations were shattered. I ordered a vodka- cranberry juice, safe enough i thought. The drink came to the table however , a bit sour and a brownish colour. I just finished it and I thought I'd avoid the issue again by ordering a vodka orange juice which upon arrival looked a vibrant yellow, it was promising abeit deceiving. The taste was nauseating, and reminiscent of fermenting juice, as though either the expiration dates are ignored or it is left out all day. The server however was lovely and did try to remedy the situation with tact, which I appreciated. Overall, I don't think I'd venture there again, and if I do, I'll be sticking to vodka-sodas.

Great wings and acceptable prices. Our server Allison was super nice, brutally honest and sociable. She even recommended many other spots for us to go to in Toronto.