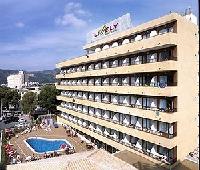 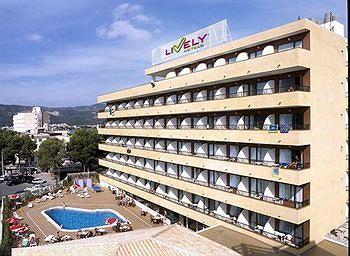 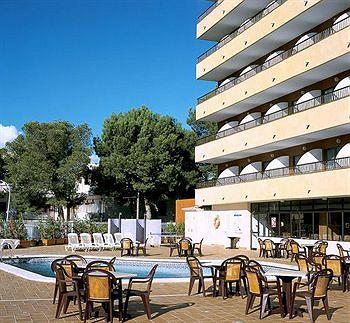 Property Location Located in Calvia (Magaluf), Lively Magaluf is convenient to Palma Nova Beach and Pirates Adventure Show. This hotel is within close proximity of Poniente Golf Club and Marineland Mallorca. Rooms Make yourself at home in one of the 87 air-conditioned guestrooms. Rooms have private balconies. Satellite television is provided for your entertainment. Bathrooms with bathtubs are provided. Rec, Spa, Premium Amenities Take advantage of recreation opportunities such as an outdoor pool or take in the view from a rooftop terrace and a garden. Additional features include complimentary wireless Internet access and tour/ticket assistance. Dining Relax with your favorite drink at a bar/lounge or a poolside bar. Business, Other Amenities Featured amenities include an Internet point, currency exchange, and a 24-hour front desk. Guests may use a roundtrip airport shuttle for a surcharge (available on request). Parking is also conveniently located nearby. 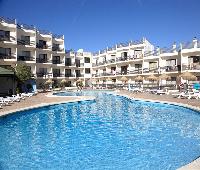 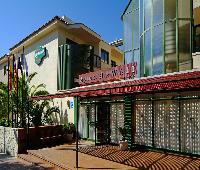 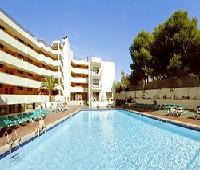 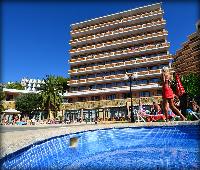 Property Location Located in Calvia (Magaluf), Lively Magaluf is convenient to Palma Nova Beach and Pirates Adventure Show. This hotel is within close proximity of Poniente Golf Club and Marineland Mallorca. Rooms Make yourself at home in one of the 87 air-conditioned guestrooms. Rooms have private balconies. Satellite television is provided for your entertainment. Bathrooms with bathtubs are provided. Rec, Spa, Premium Amenities Take advantage of recreation opportunities such as an outdoor pool or take in the view from a rooftop terrace and a garden. Additional features include complimentary wireless Internet access and tour/ticket assistance. Dining Relax with your favorite drink at a bar/lounge or a poolside bar. Business, Other Amenities Featured amenities include an Internet point, currency exchange, and a 24-hour front desk. Guests may use a roundtrip airport shuttle for a surcharge (available on request). Parking is also conveniently located nearby.

Not as bad as I thought it would be

My friend and I stayed here for a long weekend in early September. As I visit friends in magaluf at least once a year, I knew the hotel wasn't up to much, and having read the reviews I expected the worst.

However, it wasn't bad at all. The check in was pleasant and efficient, they take a 100 euro deposit... All you need to do is remember to check your room thoroughly straight away and FILL IN AND IMMEDIATELY RETURN TO RECEPTION THE DAMAGE REPORT THEY GIVE YOU. It's your fault if you don't, (I'll return to this later).

Room was okay, decent decor, bits of damage here and there but nothing major. Clean enough and maid came in twice and changed towels both times in 3 days.

Pool small, but okay, we didn't go to sit around the pool. Didn't eat in hotel, and why would you with so much choice nearby at reasonable prices?

The check out is where I return to my earlier point and have the biggest problem with. I checked out with the very surly person on the desk and waited 5 minutes while our room was checked. The maid appeared at reception shaking her head and with pictures of a damaged patio table. Thankfully, I had included this on the damage form and even taken pictures on checking in. So the now rather rude man skulked off and reluctantly returned my 100 euros. Clearly they try and take advantage, but forewarned is forearmed and if you fill in the damage form there can be no come backs.

Other than that though I can't complain, the hotel was quite busy but very quiet on a night and in morning and beds comfy enough too.

If you want luxury, then avoid, but if, like us, you're just looking for a place to lay your head that's central to everything, then this is decent enough for the money.

Awful and would never again

Probably one of the worst I have ever stayed in. Shame really as it could be so good as the location is perfect and really if it had some money ploughed in and some TLC it could be amazing. Unfortunately it isn't looked after, the staff treat you like they do the previous trouble makers they have had. I felt unwelcome and couldn't wait to get out in the morning to do anything other than stay in that hotel. This is ideal for stag doo's where you don't really care and are just after a roof over your head for the night, that is it. I wouldn't recommend for hen parties.
Toilet was disgusting, it had a crack in the toilet seat that pinches the back of your thigh whenever sitting on it.
The shower needed you to hold it from start to finish as it blasted everywhere as it wouldn't fit the holster.
Rotten wood all round the bathroom door where the shower has been going wild and soaking the woodwork.
Picture in the room was just paper inside a wooden frame?? (no need)
Arrogant staff that ignore you when at the bar, 4 staff walked past and saw me waiting but the bar man was sat at the DJ table just staring at the pool area chilling?? Took 10 minutes for me to finally be served!
Was told of the horror if the food so never tried it.
Unless going on a rowdy stag doo where it doesn't matter, then don't bother!

I'm writing this review as I feel compelled to defend the staff that have been wrongly portrayed in quite a few of the earlier reviews. We arrived fairly late evening on 7th of September, as a group of 10 men. After reading previous reviews we were expecting the worse, but being the fun loving type we are, we took time to actually say a smiley hello to all staff members we saw while checking in. It's nice to be nice. The guy on reception took no longer than about 10 minutes to get us all checked in, which included taking payments and deposits for 4 rooms. No bits of paper thrust at us, just friendly efficient service.
Yes ok, the rooms are a bit dated, and you would probably struggle to do 100€ damage if I'm honest, but it was clean and comfortable - if you're not delusional enough to expect 5 star at the price.
The bar staff were great, always had a laugh and joke with us over the 4 days we were there, but maybe that's because we gave them the respect they deserve and didn't speak to them as though they were servants.
At the end of the day, the place doesn't pretend to be something it's not, and if you want to be treated well, just remember to treat the staff with a little respect.

Luckily we only stayed at Lively for 1 night and yes it was the end of season but honestly the hotel needs knocking down.

The reception is falling apart but the colour scheme gives you some hope until you see the rooms. Our room reeked of damp from the second we entered. The air conditioning is minimal and just increased the smell of damp more. The room itself is very outdated and not very Magaluf party. There was one working light next to the windows therefore half the room was dark even in the daytime. The paint on the walls was crumbling off and the sheets were covered in stains. Outside our balcony looked out to... nothing, just the bar rooftop which was covered in rubbish and what we assumed was sick. The shower and bath were mouldy and even worse they were blocked. If I had been here for longer than 1 night, I wouldn't have stayed.

The staff were OK and we didn't really come into contact with many of them but the man that worked the 'breakfast' was creepy. Housekeeping knocked on our door twice on the morning we left even though check-out wasn't until 12.

Didn't stick around for a day at the pool because it seems it doesn't get any sunshine on the pool until 1/2pm and the pool water doesn't even touch the top.

Not sure how they ever made a TV program at this place. The hotel definitely isn't lively and unless it has an update over the winter, I'd recommend everyone to AVOID.

Just got back from a week here, firstly the hotel is in an amazing location. There's some good and some bad reviews so we didn't know what to expect. However for the price we paid we wasn't expecting much. We arrived and was greeted by very nice staff and a lovely rep. Our rooms were ready straight away which was at 11.30am. We went up to the room where we was asked to write anything down that was broken in order to receive our deposit back at the end of the week. However when we got there, there was little to tell as the rooms were clean and tidy. The shower was powerful and the rooms were basic but clean. The maids brought fresh towels daily regardless of what they say of every 2 days. And rooms are cleaned most days and beds made. The pool is alot bigger in person and was clean. The hotel was not as noisy as anticipated either. As much as the reviews said the air conditioning doesn't work it does it just isn't as powerful as expected. And we DID get our deposits back too. Overall had an amazing holiday and would stay here again.