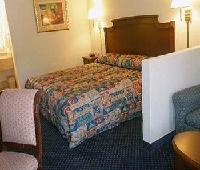 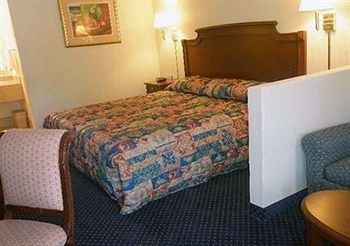 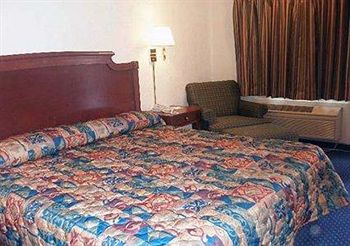 494 Beltline Blvd,Columbia,SC,United States of America 2 Star Hotel
Check in 14:30
Check Out
They have COCKROACHES! & refused to refund my money ccetzinger on 10 May 2017

Property Location With a stay at Rodeway Inn & Suites Fort Jackson in Columbia, you'll be close to South Carolina State Fairgrounds and University of South Carolina. This hotel is within close proximity of Wilson House and Fort Jackson. Rooms Make yourself at home in one of the 49 air-conditioned rooms featuring refrigerators and microwaves. Complimentary wireless Internet access keeps you connected, and cable programming is available for your entertainment. Conveniences include desks and wake-up calls. Dining A complimentary breakfast is included. 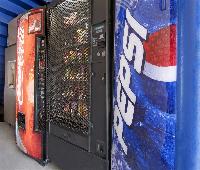 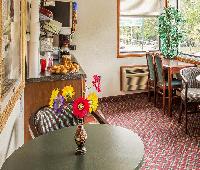 Property Location With a stay at Rodeway Inn & Suites Fort Jackson in Columbia, you'll be close to South Carolina State Fairgrounds and University of South Carolina. This hotel is within close proximity of Wilson House and Fort Jackson. Rooms Make yourself at home in one of the 49 air-conditioned rooms featuring refrigerators and microwaves. Complimentary wireless Internet access keeps you connected, and cable programming is available for your entertainment. Conveniences include desks and wake-up calls. Dining A complimentary breakfast is included.

They have COCKROACHES! & refused to refund my money

Rodeway Inn did breach their contract that caused $75.00 in overdraft fees from my bank because they decided to take the full amount of $403. And some odd cents off my debit card that was used to book the room instead of waiting until we checked in to receive payment. I booked 2 rooms through Travelocity.com as a book now pay at check in Rodeway Inn was not authorized to take this payment before my arrival. Upon contacting Rodeway Inn about this issue they said that the fault lied with Travelocity for falsely stating I could pay at check in as Rodeway Inn states that is not their policy. The Rodeway Inn's Manager also stated to me that I was stupid for using travelocity.com to book my room and that he was highly agitated that he now has to pay Travelocity commission for booking those two rooms. I am now stuck in south Carolina, I no longer have a penny to my name due to Rodeway Inn draining my bank account resulting in the $75.00 overdraft fee, and to top it all off these hotel rooms are filthy and there are ROACHES running everywhere! I was suppose to have a nice 3day stay to attend Family Day & Graduation for my little Brother. Instead I have to deal with the rude manager who refuses to refund the rooms or acknowledge the bugs crawling all over everything and Travelocity saying that there is nothing they can do about this horrible hotel I found & booked using their website. Please do not stay at this hotel.

This is a cheap hotel, you get what you paid for, and you paid for merely a roof over your head. Hotel staff is rude, room smells like mold, internet is super slow and often disconnects itself, and you won't want to eat anything at the breakfast.

Just AWFUL do NOT STAY here!!!!

I stayed last night at the Rodeway Inn Ft. Jackson location on Beltline Blvd in Columbia and unfortunately experienced several issues and had some concerns.

First the woman who was the front desk clerk was very rude and nasty. She gave no greeting no smile and talked down to me. Very unwelcoming!

The room I was assigned to was Room 211. The conditions of the room were absolutely deplorable. The toilet kept running all night. The furniture was ripped up and there was a smell of marijuana. Half the outlets and lights didn't work. The smoke detector was missing.

The final straw was when I went to check out this morning. The same woman from before was nastier. When I asked for a receipt she claimed she had given me one but she hadn't. As a Choice Hotels premium member I have travel points and bonuses I use time to from those receipts. When when I told her she didn't give me one she muttered something under her breath and stormed off.

Capital H horrible service. The guy at the front desk at night is insanely rude. I honestly couldn't believe the way he was talking to me. I read reviews about this place that said there was a rude front desk guy...this must be him. It's 10:30pm my time, so I guess 11:30 their time. I'm trying to make reservations online for two weeks from now for my husband's graduation from Fort Jackson. I call Rodeway and it rings about 15 times before he answered, then I was super polite and asked my question about the room. He said "there's no rooms" and then hung up. I thought for sure that we maybe just lost connection because there's no way someone would just hang up like that, right? So I call back, and said "Hi I think we somehow disconnected" and he cut me off and said "no I told you there are no rooms" then I explained that it was for a future date and he told me to "just look at the pictures then, and don't call back" and then he hung up again. At this point I'm in awe. But now I am so upset that I have to call back and ask why he was being so rude. We go back and forth a bit and he asked me why I'm calling, and says he'll call the police on me. Is this guy nuts?! Then I asked for his name so I could make a complaint. He wouldn't give me that and then went on this rant about how he doesn't care, and saying "all you people do is complain". I honestly think he was in the middle of a nervous breakdown down or something so I just hung up and looked for a customer service number on choice hotels website. But there's nothing 24 hrs. Will never go here and possibly not any of their hotels.