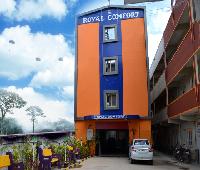 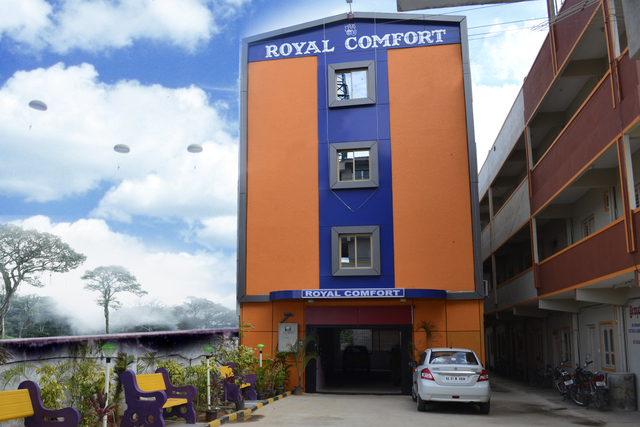 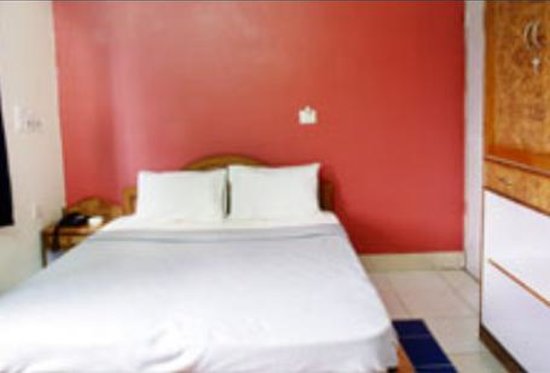 M.Hosur, Opp- ITC Factory New International Airport Road,Bangalore,Karnataka,India
Check in
Check Out
worst stay I had so far - do not book here they try to trick you! pekkaxcv on 18/02/2015 12:01 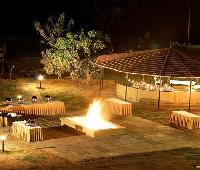 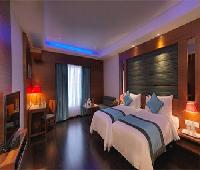 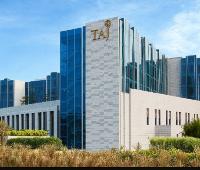 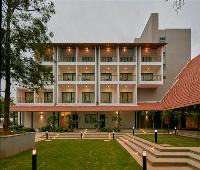 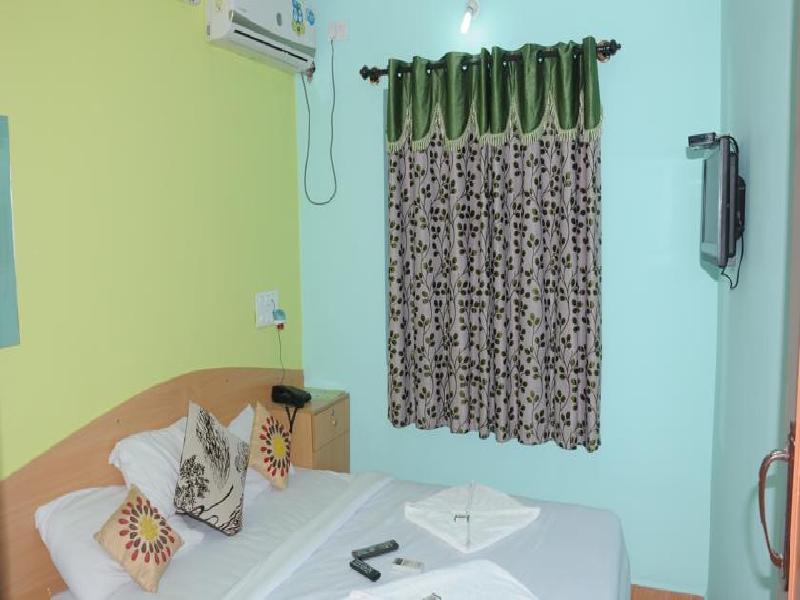 worst stay I had so far - do not book here they try to trick you!

We had to do a last-minute booking near to the airport via Booking.com and regarding the price we thought this would be an acceptable property for one night. We knew that it would not be a good stay and we went with no expectations.

The price was around 1180 INR for a double room inclusive of breakfast. We wrote that we need an extra bed as we are 3 adults.

When we arrived late in the night around 1:30 a.m., the receptionist first did not find our booking at all. Then he found it and said we need to pay 1800 INR because of the extra person. To explain to him that this was too much, as he said there is no extra bed available, was impossible, as he acted like he would not understand us. Because we were really tired of the long journey and had no possibility to sleep anywhere else, we had to agree. When we got to the room we found a small room with no space at all and a small double bed, where we 3 guys had to sleep.

The room was not tidy at all, for example there was a banana skin behind the curtains.
The bathroom smelt bad and it was dirty at some spots. Luckily we had inlets, because the bed seemed to be dirty too.

We only slept like 5 hours as it was so uncomfortable. Then we just wanted to get out of this poor hotel and go anywhere else to refresh ourselves.

Eventough it was mentioned as available and inclusive, we did not get any breakfast. So we did the check-put and saw that an extra bed costs 300 INR. So actually we should only have paid at maximum around 1500 INR. We complained at told the receptionist that the should give us some money back as they charged us way too much because we did not even get an extra bed nor any breakfast. But again he acted dumb and like he would not understand. We were so annoyed that we did not even want to discuss any further, so we asked for a taxi to the nearest mall. We again had to pay an overpriced fare, but it was again our only potion as he did not want to call for a normal taxi or give us a number for a taxi station and we had no mobile connection, so we had to pay for sure at least 500 INR more than the normal fare would have been.

So yeah, all in all the worst hotel stay I ever had. All went wrong and they just constantly tricked us and we had to accept it.

We had no other chance but to stay 1 night at this place since it was close to the airport which is the only good thing about this place.

Very poor stay, hardly anyone could speak English and no wifi. The breakfast which was included in my booking was not provided since the restaurant in which it should have been prepared was closed. The taxi service to the airport just ripped us off. It was literally a 5 mins drive and we were so overcharged. Happy we arrived at the airport.

Try to find somewhere else nearby the airport if airport needed!!!!!

Is there a hotel worse than this?

Location - near airport but be prepared to be super overcharged for the airport drop off
Staff - Hard to communicate at all in english
Room - Very small and bare minimum
Area - terrible only good for one night stay before flight, Mc donalds is close
Free breakfast - one morning we got 4 slices of bread the other nothing
WiFi - Did not work

Please pay a bit more and stay somewhere else

Neither Royal nor Comfort

Flying in to Bangalore at 2am, choosing a hotel just for 8 hours sleep, shower, breakfast and coffee; we've now travelled extensively in India and this should have been okay, but it wasn't.
The list of disappointments started with the cost of almost double what was on my booking confirmation (that supposedly included all taxes). It continued with no drinking water, no in house phone instructions, no restaurant, no breakfast, no room to move around the bed, no window that opened, no clean sheets ... it did however have clean white towels. In the absence of comfort, royal or otherwise, I went back to the airport at 7.30am for a 2.00pm flight. That tells the whole story, really.
Don't book this hotel. Look across the highway and spend a little more to stay at Menezes Guest House