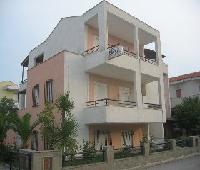 Horrendous mannerism from a manager

Based on your response I feel obligated to come back to you. Yet again you continue to slander me, you have said I shouted abuse at you. You are a liar. All I wanted was an answer to why I had been charged early when the site i booked with stated "pay at property" which going back to previous reviews clearly other people had the same fault ( I have raised this independently with the site) instead of giving me an answer politely and professionally I had "cancel if you want" and I was hung up on. Disgusting service! And then you slandered me to the company when I contacted them to say what you had said and I didn't want to continue with my booking. It's taken you nearly 6 months to respond and yet again you've slandered me. I was in work when I contacted you in an environment where it was IMPOSSIBLE to raise my voice at all. I politely asked why I had been charged. You were rude and unhelpful and after slandering me didn't even answer my phone calls to the business when I tried to contact you to sort the matter out rather than talking through the 3rd party booking. If you want customer service that is respectable I would stay clear of this place.

A home with all of the touches

very pleasant communication with friendly staff. superb breakfasts and the surprise biscuits/water when we got back to our room. comfy beds, beautiful garden, a quaint little place with that home from home feel. I would definitely make a return visit. nice distance from local pub and chinese takeaway. isn't too noisy with the planes nearby, the ducks made more noise lol.

Fantastic hotel! Couldn't have asked for anymore. Staff were all excellent and couldn't have been more helpful. Bed was massive and really comfy. Surrounding area is really quiet and peaceful. Breakfast was fresh and delicious. Will definitely be back.

I am literally disgusted by the service provided by the owner of this so called 'guesthouse'...first of all in the room i found the tv not switching on at all, which i did note when entering my room in the evening, so to not discomfort her, i informed her upon following day at breakfast (which we found an insect in the egg, have photo of that which did take just for the sake of it) meanwhile when i got back i did not find not even find a single toilet tissue, when i called her, she said that i was probably taking these rolls away with me!...i got very mad upon accusing me so...about 20mins later however she showed up to my room with very rude manners arguing, that i broke her wardrobe when trying to pull the power supply, i did pull wardrobe to pull supply but ofc was this wardrobe made of cardboard???...she would simply leave the room by slamming the door in your face...i would gently ask these booking.com and such to review what they are advertising...and also the owner on the 2nd nite left a note in one of our rooms as we had booked 2 rooms....stay away from this so called!

I had booked this hotel to stay at in March on my trip to Birmingham, when I made the reservation I was told it was pay at property. I woke up yesterday to find that the full £88 had been taken from my account for the booking. I decided to call the B&B to check why I had been charged. ( I called at 6:50 as they stated breakfast was at 7:30 so I assumed someone would be up) I was speaking to the owner who seemed half asleep and was very rude when I was trying to find out why I had been charged and she ended by saying: "cancel if you want" and hung up the phone. All I was looking for was an answer to why I was charged so I decided to call the booking company who called the owner to which she slandered me saying I shouted at her and woke her up and if I still wanted to come she would be fine with me! Like I was ever going to stay somewhere where I was hung up on, she gave me no faith whatsoever in her customer experience skills. I have now cancelled the booking but I will be getting charged £17.60 to do so even though I only cancelled due to how rude this woman was on the phone. The hotel looks lovely in the pictures but customer service skills are seriously lacking! I personally would avoid as b&bs should have welcoming hosts not people who shout, tell you to cancel, hang up on you and then charge you cancellation charges. I still await my refund for the room.