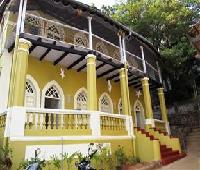 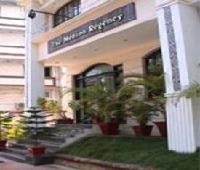 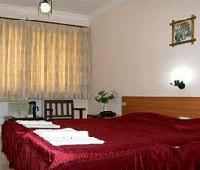 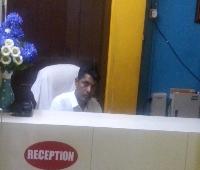 IT'S A TOTAL NIGHTMARE.

We were supposed to stay at Vagator for 2 days and then move to Royal Phoenix Inn (there was nothing "Royal" about it) at Panjim for the last day. When we reached Royal Phoenix Inn we realized that it was a big mistake to book that hotel. The person gave our room to someone else and insisted us to stay at his home which was something that we were not at all interested in doing. On top of that he even opened some one else's room for us to freshen up while they were not there and their luggage was lying around. Total disregard towards someone else's privacy and security. The bed sheets were dirty as hell. And the room was stinking worst than dead animals. I immediately called my hotelier from Vagator to check if she had any room vacant. But it was sold out. I could not find any other place and all the rooms which were vacant were way out of my budget. There were no rooms available at anywhere i checked. But there was no way that i would have stayed with my wife at a random stranger's home.
I went back from Panjim to Vagator, checking for rooms on the way. But all of them were sold out. I was concerned if me and my wife would have to spend the night on the beach.
My saving grace was my hotelier from Vagator, who after hearing what had happened offered us a room on the terrace of her place a Vagator that she normally doesn't rent out and 2 mattresses. We were so relieved.
Long story short - Royal Phoenix Inn offers least professionalism, worst customer management, pathetic level of security, your room full of your luggage might be opened up to someone else for them to freshen up. IT'S A TOTAL NIGHTMARE.

The first night, the owner offered us a free night in exchange of a night with my wife! We couldn't believe he was offering it, so immediately declined and thought it was some kind of joke or misunderstanding (lost in translation), but the next day the owner became very pushy and touchy. He smelled like booze and kept on a asking for his offer. We felt stupid not noticing he was serious from that first talk, the first night, so we took our bags and left. Horrible experience. I'm reading good stuff about the owner in other comments, but for us he was acting really strange from the beginning and it just got worse once we took a room. (A room under an attic full of pigeons, it was like sleeping in a pigeonhotel)

We stayed there for 2 nights.
It was clean and the room was basic but good. The shower was really big and really nice.
The staff helped us and answered the question we had about the area.
The bad point was the bed. The mattress was really thin and the bed was making so much noise. The dogs neighbour bark really early every morning which is a bit annoying if you wanna sleep in.
In the end. It was a nice place to stay and I enjoyed this place.

Value for money...
The owner "Ernesto", is a gem of person. We traveled from Bangalore with out any advance bookings, we were 6 people and the property provided by Ernesto was amazing. Would always prefers his properties to any other in Goa.

I booked one AC deluxe room on 10-12-2015 to 12-12-2015 when i went to see the hotel i am really shocked because only 3 rooms i can see and its 100 years old building with sticky smell. one person he is the manager to scavenger doing all things. the bed will break if u sit and roll. no hygenic its a simply brothel centre