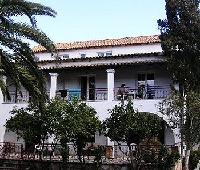 Property Location With a stay at Sailors Apartments in Corfu (Lefkimmi), you'll be minutes from Kavos Beach and close to Arkoudilas Beach. This apartment is within the region of Issos Beach and Ypapanti Church. Rooms Make yourself at home in one of the 18 guestrooms. Rooms have private balconies. Rec, Spa, Premium Amenities Take advantage of recreation opportunities such as an outdoor pool, or other amenities including complimentary wireless Internet access and tour/ticket assistance. Dining While enjoying a refreshing dip in the apartment pool, you can order your favorite drink at the poolside bar. Business, Other Amenities Free parking is available onsite. 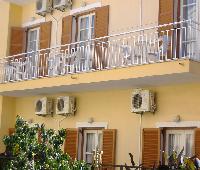 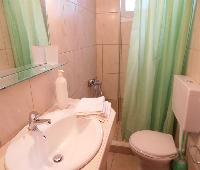 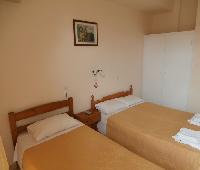 Property Location With a stay at Sailors Apartments in Corfu (Lefkimmi), you'll be minutes from Kavos Beach and close to Arkoudilas Beach. This apartment is within the region of Issos Beach and Ypapanti Church. Rooms Make yourself at home in one of the 18 guestrooms. Rooms have private balconies. Rec, Spa, Premium Amenities Take advantage of recreation opportunities such as an outdoor pool, or other amenities including complimentary wireless Internet access and tour/ticket assistance. Dining While enjoying a refreshing dip in the apartment pool, you can order your favorite drink at the poolside bar. Business, Other Amenities Free parking is available onsite.

Disgusting staff, disgusting rooms the only plus was a decent pool!!!

We visited here for a few days in August 2015 and wanted to come home the next day we arrived. Unfortunately for us we had got an evening flight so with the transfers to the hotel or hostel we didnt arrive until 12.30am. Thats all fair and good if you want to go straight out and party but we couldnt even get access to the hotel as nobody was there. They had no reception or phone number to call. I had to call to the beach bar next door and eventually managed to get one of their staff to help look for the owner. Who after a couple of hours happened to be actually asleep in the reception in a room at the back. He didnt speak english and didnt seem exatly happy to see us into his establishment. Once he led us down the alley to our room we just wanted to get in and chill out. But like other trip advisors have said you are across the road from Madisons which is open until 6am with big bass music. Now dont get me wrong both me and my missus are both in our 30's and we love house every weekend as we work hard! But our room was literally over viewing the place so even earphones wouldnt work because the room shook when heavy bass kicked in lol
We had 2 single beds, 1 pillow, horrible bed linen and both the toilet and shower didnt work luckily i managed to sort the toilet with the cistern.Any cups and plates were still on the draining board along with cutlery and everything just seemed dirty and dingy.
Obviously the heat was very warm so we had to sleep with the balcony door slightly ajar. So when we got up in the morning from having no sleep we discovered that my wife had been bitten all over from mosquitos which then went on to give her an allergic reaction (She looked like bubble wrap) so from day one she suffered and couldnt enjoy pretty much anything. We eventually had to get a taxi to the next town where there was a pharmacy with tablets and cream for her.
I approached the so called manager as its run by an old man and his son and politely asked if there is any chance of getting a room possibly away from the main road to which he replied that they did not own the rooms that are all round their pool and on their land??? I asked for another pillow and whether they had air con so I reluctantly got me a pillow and charged me £20 euros for the remote which controlled the air con. Apparently if we had the air con on the first night we were there then mosquitos wouldnt of bothered coming in.
That was the first and last time i spoke to anyone at the hotel and even speaking to our rep from Onthebeach holidays they were neither use either.
Kavos is a great place but there are plenty more of better standard accommodation around the area with much nicer people to take you in.

We didn't book up to go here but because of hotels.com selling rooms which weren't available we were sent here. The apartments are typical Greek accommodation. Studio with quite comfortable beds bathroom and kitchenette. Cleaned most days and as we were there for 2 weeks had new bedding and towels. The staff and owner were friendly. The owner even came chasing us on his bike after checking out ecause we had left clothing in the drawers and he wanted us to have it. Porcolis behind the bar is a lovely chap. Very helpful
Only drawback is the close proximity to kavos strip which is very very loud. We had a room at the back of the hotel facing the beach with a lovely great big balcony so when our door was closed you could hardly hear the din from the street. There's a fantastic view from the balcony onto the sea and mainland greece. Apart from the nightclubs and noise we had a lovely time. Would go again.

The description of the hotel is 'close proximity to the strip'. Do not make the same mistake we did here, it is on the strip and even with ear plugs difficult to sleep, making a chilled night in impossible (if you're going out every night then its fine).

The staff were rude and unhelpful. The man who runs the bar by the pool is lovely but the family that run the hotel were extremely rude and accused us of stealing/hiding trivial things. They also pick and choose who to charge for using the safes. We paid for ours while others said they had theirs for free.

While the hotel doesn't have any children staying there during August, be prepared to have the owner's family at the pool everyday (children and dogs). While this did not impact our stay it might if someone wants a child-free week.

I stayed here at the begging of last week and actually had to LEAVE the country and return back home as the condition of this facility was absolutely appalling. When we arrived we were abused and shouted at by the rude staff, who were not very welcoming at all! The room was disgusting and was not cleaned once, no clean towels or bedding. The kitchen was unusable it was that dirty, and the shower was so broken and you couldn't even use it! When I visited reception to complain about the apartment I was told to come back later because the man serving the food was "too busy to help me". Overall I have never met a family so rude and will never return to this location again due to my terrible experience! I do not recommend it to anyone!!!

Perfect for what we needed

Please dont listen to the bad reviews - people expect far too much for their money.
We had booked a 2 bedroom apartment but when we arrived were given a studio, went down to the owner in the morning and he apologised and explained it is a problem with the website we booked through as they don't do 2 bedroom apartments, however he gave us another studio without argument which we were more than happy with.
The apartments are in the perfect location in the middle of the strip and the beach at the back. Pool area is clean and tidy and always plenty of sunbeds.
The staff are all lovely.
Cleaner came in everyday and gave us new towels.
Studios are basic but all you need is somewhere to get ready and sleep.
Yes it loud but it is on the strip, what do you expect? And if your like us then by the time you get in you will fall straight asleep regardless.
We were so happy with our stay and would recommend to anyone on a budget party holiday.