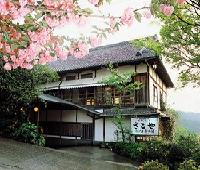 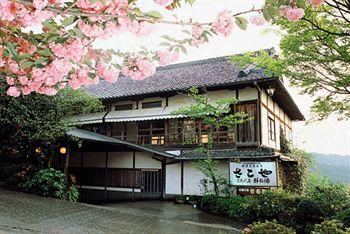 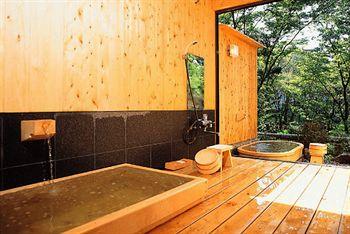 Property Location When you stay at Sakoya in Yoshino, you'll be in the mountains and convenient to Yoshino-Kumano National Park. Rooms Make yourself at home in one of the 27 air-conditioned rooms featuring refrigerators. Windows open for fresh air and mountain views. Complimentary high-speed (wired) Internet access is available to keep you connected. Bathrooms have complimentary toiletries and bidets. Rec, Spa, Premium Amenities Enjoy recreation amenities such as hot springs or take in the view from a terrace. Additional features include complimentary wireless Internet access, gift shops/newsstands, and tour/ticket assistance. Dining Enjoy a satisfying meal at a restaurant serving guests of Sakoya. A complimentary breakfast is included. Business, Other Amenities Featured amenities include multilingual staff and air conditioning in public areas. Free parking is available onsite.

Property Location When you stay at Sakoya in Yoshino, you'll be in the mountains and convenient to Yoshino-Kumano National Park. Rooms Make yourself at home in one of the 27 air-conditioned rooms featuring refrigerators. Windows open for fresh air and mountain views. Complimentary high-speed (wired) Internet access is available to keep you connected. Bathrooms have complimentary toiletries and bidets. Rec, Spa, Premium Amenities Enjoy recreation amenities such as hot springs or take in the view from a terrace. Additional features include complimentary wireless Internet access, gift shops/newsstands, and tour/ticket assistance. Dining Enjoy a satisfying meal at a restaurant serving guests of Sakoya. A complimentary breakfast is included. Business, Other Amenities Featured amenities include multilingual staff and air conditioning in public areas. Free parking is available onsite. 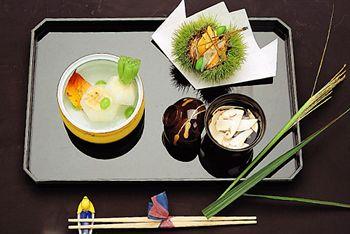 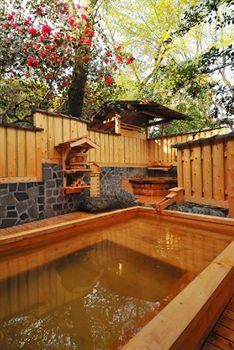 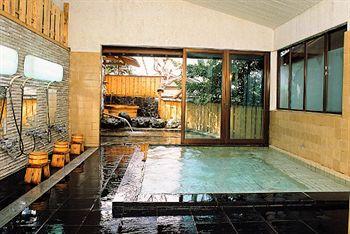 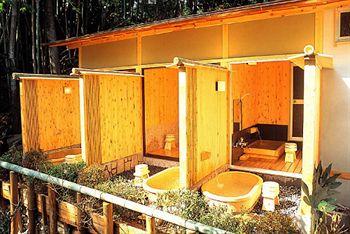 Nice ryokan, considering the average facilities that you can usually met along your journey in Japan.
Comfortable and clean rooms with private bathroom.
Nice onsen and stunning view on Yoshino mountains, perfect stay for hanami festival.
Excellent japanese food in the large banquet room!
Recommended
Arigatou

Sakoya is a very old inn, over 300years old and while charming it is in need of repairs to improve the user experience. Owners and staff were very polite and warm but spoke little English. Rooms are Japanese style, I stayed in one with a western toilet however hygiene and cleanliness are very questionable. Toilet is not very well cleaned, hairs from previous guests were in the bath sinkhole and never cleaned, also the toilet leaked and had strong sewage smell. There was a problem with their hot water boiler so hot water either was not available or limited. Soap and shampoo were provided in large bottles and refilled but either diluted and the exterior of the bottles had a lot of grime. Futons were very damp and had a strong odor and sheets had stains. Even our Japanese friends who were staying next door complained about the hygiene and cleanliness levels. The redeeming quality is the inn's public bath, we literally took all our baths in there because of the poor condition of our toilet. The price costs as much as a 5-star hotel but the experience was sorely in need of improvement.

Personally I am familiar with ryokan type hotel and have several experience. The hotel is old school but I was quite enjoy the atmosphere.
The public hot spring bath is really good and provide free sake, but the issue with temperature control. One of pool is just too hot to bathe.
Only few staff can speak English which mean mostly can not have proper communication.
Which is fine but here is serious issue, my trip partner is vegetarian. I've confirmed it's ok with them the meal availability during booking and even the time we arrive. But they can't make it either forgot or mistake in dinner. After I complained about it, next morning the breakfast fail again.
Although the front desk really apologize about that and refund particular amount to us.
But I think this isn't acceptable and need to be improved.

Great place to stay, not sure if it was worth the cost

I know that any half decent ryokan in Japan is going to cost you an arm and a leg. But for the price we payed (over $600 per night for three people) we expected a bit more from the facilities.

The service however was really good. The women running the place were extremely helpful, though only spoke a little English. They really did try to make you feel at home. Every concern I had was met with prompt attention. They went out of thier way for us several times. For example, as we were being driven to the train station to leave, the staff member asked us if we had seen the temple. We hadn't, so he turned the car around and drove us back up the mountain so we could see it. He even paid our entrance fee! Then he gave us a little tour and history of the place and waited patiently while we explored and took pictures. They couldn't have been more accommodating!

I thought the baths were really nice, although they did start to get too hot towards the end of the evening. I tried to get in one more time before bed and couldn't even get my foot in. The free sake in a barrel in the baths was a nice touch. I think I enjoyed a little too much of that.

The food however was ok. The dinner was nice but the breakfast was not good at all. I ate almost none of it. If I had called ahead though we could have gotten a western style breakfast. So that is partially my fault since I know I don't enjoy Japanese style breakfast.

The room was where they lost most of thier points. The bathroom was not clean. I would not have used that shower even if there wasn't a public bath. The water that came out of the faucet was a rusty brown and the whole thing smelled of sewage. I used bottled water to brush my teeth. It was pretty unpleasant.

All in all, I did like Sakoya. Especially since it was a last minute booking, as I visited shortly after the March earthquake and had to quickly change my travel plans. The staff was great and the location is beautiful. But I don't think I liked it enough to go back, especially for that much money. The condition of the room being the major deterrent. But I do wish them all the best.

Avoid it if you know what Japanese ryokans should be like.

Having lived in Japan for 13 years, expected it to be reasonably good (as the price suggested). Wrong. As we arrived, we were attacked by a team of middle-aged Japanese women. They shouted continuously those few words in English that they knew and kept pushing us around as if we were kids. We told them that we could understand and speak Japanese and had an extensive experience of staying at Japanese inns. They ignored our plea and continued treating us as imbeciles. Taking a bath was the worst part (we were really looking forward to that after a day of driving in the cold weather). We were not told about the bathing options, but instead, shoved into a private bath where the shower didn't work properly and the water in the bath was unbelievably hot. Completely unaware of the problem, I tried to enter the bath and scolded my leg. We returned to the room and, when dinner was being served, complained to the ladies. They said that there was a problem with the boiler, but the other baths - those for common use - were probably OK, but they were sure we wouldn't want to use those. Nobody bothered to ask us what we would prefer.
By the time we were leaving next morning, we had really enough of the "service" and looked forward to our next destination, where things were normal and we managed to have a good trip after all.
The cost of bathing was duly included in our bill, however. We certainly could have spent 33,000 yen much better elsewhere. The food was mediocre: mostly cheap vegetables cooked in a variety of ways.
My advice: if you know what Japanese inns, hot springs, and Japanese service are like, stay away from Sakoya. They think that foreigners are a source of easy money because they have no idea.