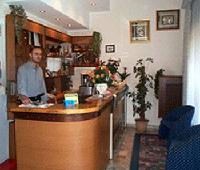 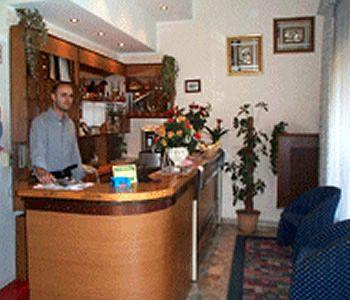 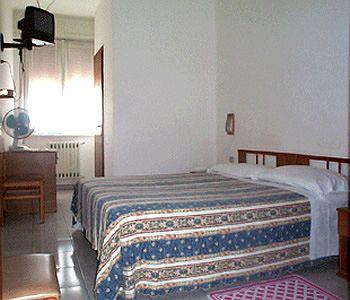 Property Location With a stay at Salus in Milan (Bovisa), you'll be convenient to Niguarda Ca Granda Hospital and Cimitero Monumentale di Milano. This hotel is within close proximity of Ex Campo dei Fiori and Metropoli. Rooms Make yourself at home in one of the 21 guestrooms. Conveniences include phones, as well as complimentary newspapers and ceiling fans. Rec, Spa, Premium Amenities Take in the views from a rooftop terrace and make use of amenities such as concierge services and a hair salon. Dining Quench your thirst with your favorite drink at a bar/lounge. Business, Other Amenities Featured amenities include express check-in, a 24-hour front desk, and multilingual staff. Parking is conveniently located nearby. 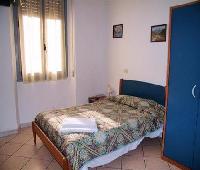 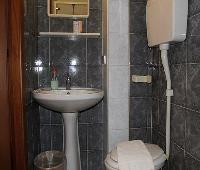 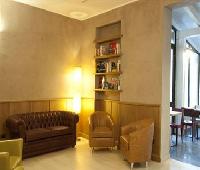 Property Location With a stay at Salus in Milan (Bovisa), you'll be convenient to Niguarda Ca Granda Hospital and Cimitero Monumentale di Milano. This hotel is within close proximity of Ex Campo dei Fiori and Metropoli. Rooms Make yourself at home in one of the 21 guestrooms. Conveniences include phones, as well as complimentary newspapers and ceiling fans. Rec, Spa, Premium Amenities Take in the views from a rooftop terrace and make use of amenities such as concierge services and a hair salon. Dining Quench your thirst with your favorite drink at a bar/lounge. Business, Other Amenities Featured amenities include express check-in, a 24-hour front desk, and multilingual staff. Parking is conveniently located nearby.

Very good for the price

If you are expecting anything above mediocre, you will be very disappointed. But for the price, it was a very nice stay.
My girlfriend and I stayed in the hotel for seven nights and paid 260 eur.
The staff was incredibly friendly and helpful. We were always met with a smile and smalltalk at the 24 hour front desk.
The hotel is 200 meters from the metro and from there, you are in the city center in 10 minutes. Across the street from the hotel, there is a magnificent pizzaria and all around the hotel there are bakeries and cafeterias in which you can eat breakfast.

The room was clean and had what you can expect from a budget hotel.

Hotel reception service was so bad.
I was refused to stay because of water problem.

Hotel receptionist refund about 20€ by amount of coins(he picked auto machines earnings).
He also gave me the substitute hotel reservation, I went there(the hotel name was "Hotel Diablo") but couldn't find any sign in that street.
Probably the Hotel exist(review of there is also awful) but it was heavy rain at that time so I gave up to look for.

WOULDN'T WISH THIS HOTEL ON MY WORST ENEMY

We booked a stay with Hotel New Salus, Milan (Via Pellegrino Rossi 59). What we had booked for was far from what we received. Firstly before we even left England for Italy, they (the hotel) did not respond to any of our emails about us wanting to check in late. The email provided on the site we booked through (Travel Republic) apparently did not exist and so I had to go on a hunt for the email that does exist. I then stumbled upon the hotel's website and they had a different email to that on their travel republic, I sent an email to that and I did not get a response (email was sent on Sunday).

Now when we arrived at the hotel, the first impressions were horribly below the basics of customer service. We told the person at the reception (Mario) our reasons for being late and explained how we sent the email etc and he said he didn't see them and he then started charging us for checking in late and changes to our initial booking, things such as "bathroom inside" and we had to pay for towels (which smelt of bleach and weren't very clean) and bedding. All in all we paid £94.85 initially + €110 (approx £98.31 as of 11/08/17) = £193.16 in person. Now we received the keys and we were told our room number, finally we thought to ourselves and went to the room.

The room was in such a bad state, the door to the balcony did not have a stable handle, the screws were about to come out fully, the toilet/bathroom that we paid extra for had all sorts of dirt, from the floor of the shower having a brown mark which we could not work out what substance it was, to the mildew/mould like substance where the soap dispenser is, it was horrendous. To add insult to injury the door had been damaged on the inside, there was more unrecognisable dirt on the tiles in the bathroom, unrecognised mark on the wall, a dodgy plug and a random wire coming out of the wall in the bedroom.

Despite the incredible amount we had spent we did not get informed on breakfast times etc, we missed breakfast and so on the second day we went down and asked what time breakfast would be served as it says in the itinerary we have "Continental Breakfast" included with our room fee. He told us we had to come back in more than an hour so he could check for us, we went away and came back like he had said and he told us breakfast would be "served" at 9 and we finally received the receipt for the cash payment that we made on the first night.

The next day, we woke up rather excited and early so we could have this continental breakfast as mentioned. So we went downstairs to the reception and a different guy was sitting on by the computer and we asked him about breakfast and he called Mario and Mario came and greeted us and asked "coffee or chocolate", me and my partner both opted for the chocolate and he then went to the vending machine right behind us and opened it and took 2 Kinder chocolate bars, went to the hot drink vending machine and gave us a shot glass size of a hot chocolate. This is not exactly the continental breakfast we had imagined and it certainly was not worth the €4 per person per day price we had to pay. It would have been cheaper for us to to pay for it from the vending machine itself. So for the day after (our last day) we did not bother with the breakfast.

At the end of all of it we were very glad to come home as the conditions were so horrible and and quite clearly dangerous conditions to live in.

The staff is friendly and helpful. The hotel is just a few steps away from the metro 3. There is a great supermarket nearby. The rooms are superclean with a great view. It was nice to stay at a cozy, tidy place surrounded by kind staff. I highly recommend it :)

friendly place with nice receptionists...the metro is not far and easy to reach from the station.. wasn't difficult to find and the employees talk different languages...cool room with an easy accomodation ...