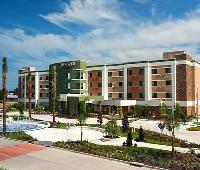 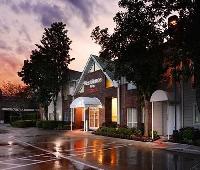 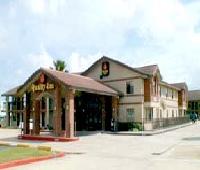 DO NOT STAY HERE

My brother needed somewhere to stay while he received treatment at the MD Anderson Center. The OWNER was horribly rude to, not only me but, my brother. He told me "to STAY SOMEWHERE ELSE", when I was dissatisfied. It was also very DIRTY and smelt TERRIBLE. You think with a RUN DOWN HOTEL, they would have better sevice. I don't see this place being open much longer.

This place was awful. Filthy couch. Vents hanging down-broken. Stained walls. Owner/driver did not even say hello or open van doors at pick up. No utensils in kitchen. Outdated. They don not care. Charged almost $100 for nothing. DO NOT GO TO THIS PLACE. depressing.

I booked my reservation online the pictures do not show the entire property it is very unsafe to stay over night when you are coming from a different city. I asked for a refund because i didnt feel safe to stay there. the manger told the front desk person not to call him up to the front desk for this mess again. He has a 24hour cancelation how can you have that type of clause if you are booking online. once i entered the premisses i wasnt there a good 15 minutes i couldnt take it. it was a small lobby area. his whole family lived on the property, no exaggeration.

The first problem was leaky pipes in the walls. Every time I ran the kitchen faucet water ran under the floor boards. Also when the man upstairs took a shower or used his sink. Place was unbelievably filthy and moldy. The sofa was probably 20 years or more, not leather, very filthy and infested. We discovered bed bugs in a couple of days. None of the staff spoke English. We could not get towels or blankets because they couldn't understand us. The 2 young night managers were useless and incredibly stupid. The couple that live there an older, rude Asian Indian couple who know nothing about running a hotel. They operate it by Indian standards not American and had very unhappy guests. One of the women there when we were there got locked out on the night we left and the night manager wouldn't open the door to reset her key which had quit working. There were large cockroaches both mornings in the tub. There were burn marks on the plug in the bathroom which made me afraid to dry my hair. The only good thing About the place was good cable channels. The day manager was so rude that 10 minutes after we got there my daughter started crying because he scared her. Unsafe flooring buckling everywhere because of the water I'm sure. No place to turn around. Parking lot did not have a spot for every room and no place to park on the street or room to turn around.No safety strips on the tub or any kind of safety feature. Breakfast foods were old and stale, totally inedible and the stupid manager all but cussed us out for complaining.housekeeping didn't change our sheets till we found the bedbugs. The manager claims no one told him about the bedbugs. My husband got an infection from 2 bites that wouldn't heal and we are going to sue to get his medical bills paid. I believe he has to know about the problem because so many guests on here complained about them. When we told the manager he accused us of lying. We had to throw away everything we brought with us to avoid bringing them home.

The photos online and amenities listed make it appear to be a good value. It's cheap and it feels like it. I dealt with two different front desk guys. The one who greeted me put me in a horrific room which stunk of smoke & mildew and the refrigerator so loud, it would need to be unplugged to be able to sleep. I asked to change rooms which was no problem. The fluorescent lighting was terrible and, I hate to say it, but there was a giant cockroach. The free breakfast at the front desk was packaged pastries, bananas, do-it-yourself waffles, instant oatmeal, bad coffee & orange juice.
It does have a little (unfurnished) kitchen, iron, hairdryer. With some effort and a little investment, this place could be improved a lot, but as is...be prepared: it's cheap for a reason.