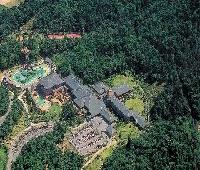 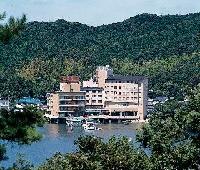 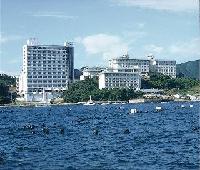 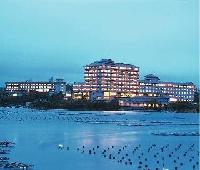 Stayed there in March 2015 if I remember correctly!
Location is far away from everything in the middle of the forest, but got picked up by a shuttle bus so no worries. They rang the gong when entering which was cool.
Excellent service and food was great. There were not too many people there and no other foreigners as far as I could tell. Felt really authentic and cozy.

We stayed in a traditonal Japanese room with our teenage son just before Christmas. We were on ground level with a Japanese style bath on our balcony which he spent two hours in on the first night! My husband found the sleeping mats very thin so we got a second one for him on the second night and then he was fine.
The rooms were very clean although not huge -we had clothes hanging from the rafters and stuff everywhere by the second night!
The hotel facilities were okay - some areas looked a little tired.
Dinners and breakfasts were included in the price - both VERY traditional so if a breakfast of fish, pickles and rice is not your idea of a great way to start your day, perhaps find somewhere else as there is no cereal substitute (although there was some tinned fruit salad, fresh pineapple and rather odd buns as well. Or you could have coleslaw and ham - not kidding!)
Dinners were magnificent! About 10 courses and beautiful food. Some of it was rather challenging - raw beef sushi anyone? - and I felt so guilty about not eating everything that I made my husband eat mine but even he couldn't eat both serves of the very chewy/rubbery sea molluscy thing.
We have been to Japan 4 times now so we know and love Japanese food but this was the next level up in terms of strangeness. But, having said that, it was beautifully presented, very fresh and mostly delicious!
Ise generally has some very famous shrines but we ran out of things to do by the middle of the second day. Since we had JR passes we decided to go to Nara for the day which was fantastic but the hotel staff couldn't believe that we went so far just for a day visit!

This is an old-style Japanese hotel. The Western rooms are no good, although not poor. The public bath outside was worth trying. I visited in March when it was still cold, but really enjoyed hot spring bath located outside of the building. They take you to Ise Shrine on their shuttle bus, but the driver was talking and entertaining their guests/passengers all the way down the hill non-stop on the microphone, which made me very tired by the time we got to the destination. Why polite calm, unpoluted air with such rough voice and rude jokes? I know they mean well to give service in Japanese style. Not bad, but food was a bit exotic even for a person who lived in Tokyo for a while..

Despite having no Japanese language skills we managed to get from Osaka by train to Uji Yamada and then a free shuttle to the hotel. All the staff at the hotel were very friendly and helpful but special thanks would have to go out to Yoshi who made our stay so memorable with his superb handling of the English Language and that nothing was too much trouble to do and find out for us (even to the extent of writing out in both English & Japanese what train we needed to book to get back to Osaka). We could not find any fault with the Room or food and having our own private hot tub on a little deck was brilliant - We would definitely recommend a visit to this hotel.