Built In Accordance To 4-Star Hotel Standards The New Century Hotel Shanghai Is A Sino-French Joint Venture Strategically Located At The Siping Road Business District. The Main Building Stands 33 Floors High Including Equipment Floors. The Floors From The 13th To 31st Are Commercial Offices. 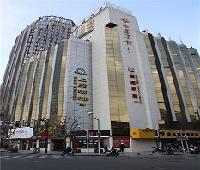 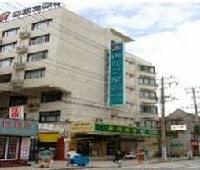 Built In Accordance To 4-Star Hotel Standards The New Century Hotel Shanghai Is A Sino-French Joint Venture Strategically Located At The Siping Road Business District. The Main Building Stands 33 Floors High Including Equipment Floors. The Floors From The 13th To 31st Are Commercial Offices.

My wife, mother-in-law and sister-in-law stayed at the Best Western New Century. We booked this hotel based upon our experience with Best Western Hotels and the rating of the hotel.

We were very disappointed. While the hotel has the potential to be a very good hotel and the staff is responsive, the hotel needs some serious capital investment. They only operate the air-conditioning when the temperate rises above 30 degrees C. The carpeting is old, stained and looks dirty. Also the furnishings are old and worn.

We had booked another reservation, but have cancelled and will stay elsewhere.

Affordable, not far from the city centre

Best Western New Century is a business hotel not-so-far from the Shanghai city centre. By metro it's convenient to travel and even by foot it's only few miles from the centre. Hotel itself is not very new and you can see that from the room and overall amenities. Service is what you expect in China, some english and no willigness to serve if you don't act like chinese and show you're the boss. Unfortunately this is not very familiar for many westeners. Breakfast is quite Asian but also western visitors will find something for them too. Toilet in the room got blocked, but this is more as rule than exception in China from my experience.

Price could be lower for this hotel considering it needs really renovation. Internet in the room is through cable and is for a fee, 1 CNY/minute/max 100CNY/day.

You can get better accommodations for the price

I recently concluded a 6-night stay at the New Century Hotel (Best Western), where myself and approximately 8 other people had a group booking as part of a study abroad course. The hotel is rated 4 star, but the accommodations I had in a private room at a hostel just the night before checking in here were far superior. I think that speaks volumes alone, but I'll add a few more highlights.

First of all, I shared a room with my husband, and our booking included breakfast... but apparently it was just for one person. For the price they were charging, I ended up eating McDonald's for breakfast, while my husband had the buffet. Another major complaint is that there is no WiFi (paid or otherwise) in the rooms, and the WiFi in the lobby is temperamental at best. Our booking was supposed to include 50% off of the wired internet in the room, but I had to fight to get this up until checking out. Other nitpicks about the hotel are that the beds were very uncomfortable and we ran out of toilet paper twice since they do not leave a spare (and do not change the rolls), the carpets and windows were flithy, the room was hot, and the room smelled.

On another note, one of my classmates had $500 USD taken from his room. The hotel used video cameras located outside his room to narrow it down to two staff members that entered the room, but both of them denied it. The only way to proceed was by filing a police report, but we have since left the hotel and I do not belive the matter was resolved.

The only real benefit to this hotel was its location nearby to the subway. Given the choice if staying in Shanghai again, I would choose a different hotel.

Good location, nice breakfast, so so room: still a Bestwestern, for better or worse

Book the hotel in the last seconds. It's now under the Bestwestern brand, which is supposed to be a high-end luxury 4 star hotel in Shanghai (BW also have a couple of 5 star hotels in China). The price is not bad but through a friend's company. Walk in price would be twice as much. The location is pretty good. It's located not right at the city center but 2-3 subway stops away. Itself is about 5 minutes walk to the Hailun Lu station for Line 4 & 10, a great advantage. Line 10 directly goes to the HongQiao airport.

The lobby is grand, like many other 4+ star hotels in China. The elevators are fast and higher floors have dedicated ones. The rooms are of good size including a regular sized bathroom. The room is pretty quite and the curtains keep the room dark even in the afternoon. The room is relatively clean except for the carpet, which is typical for Chinese hotels.

The breakfast is amazing. Definitely a 4+ star level buffet.

First, the internet is wired and cost 100 yuan/day, that's more than most US 5-star hotels rates.

Secondly, the beds and bedding are the worse than any 3+ star hotel in US, at least those I stayed.

Third: the gym opens at 10am and there's no pool.

The service is okay and its staff speaks good English. It also have shuttles goes to the subway station and a few other places nearby (I didn't use it).

We call before book the hotel online, ask room reservation if the price include the breakfast, they told us yes, when we checking in, the front desk also confirmed its included, tell us just show the key before breakfast.
When we go for breakfast next day, they told us that breakfast is not included, we ask the front desk, they said our room do not included breakfast, we have to pay for that. they do not care what the customer say, money seems is the most important. they have plenty of reasons.
Very poor service. Liar hotel.
Is that the BEST WESTERN HOTEL management?