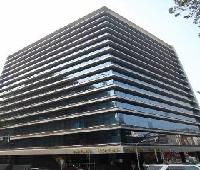 Similar to other people's comments, wifi is terrible in the room, and then cuts out all the time. In reception its good,so if you need to work outside office hours, you'll be parking your butt in lobby area.

Speaking of lobby,front desk staff were very polite and helpful-full marks to them.

Room service had a terrible selection, with only 2 items available each day, which never came as menu indicated, and was of a very poor quality-even for Angola.

Breakfast selection is also terrible...selection and quality so appalling, can't believe people have to pay to eat that. Tables left dirty, terrible service.

Rooms were basic, but clean, so not faulting them their...

as for overall rAting, it's more of a two to low three star quality hotel. people who gave them higher marks either have never been in a hotel before, or have very, very low standards.

Shower drain blocked so water would not fully drain.

Good considering whre you are

Fairly new hotel, clean and free from flying insects. The staff try hard but their english is poor. The service is very slow and the food is average at best. However nobody I know has been ill. The AC works ok and its quiet.

One of the better hotels in Luanda. Have stayed here several times on business travels.

Rooms are okay, but could defiantly need a shine as a lot of things, especially the bathroom is worn.

The restaurant is okay, the buffet is the same boring stuff as on most Luanda Hotels, but the selection here seems a bit more nice.

Ok hotel, with all the needed amenities. Restaurant and room service is ok, though with quite slow service and poor communication between the different departments of the hotel. E.g I had a challenge in paying my room service bill at end of stay, as it had not been sent to the reception. Some challenges for non-Portuguese speakers, but simple English is understood.