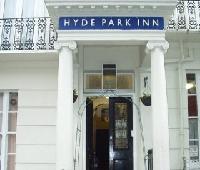 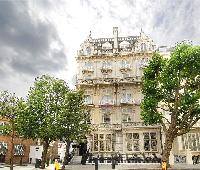 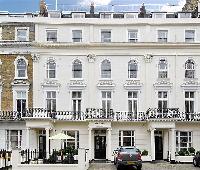 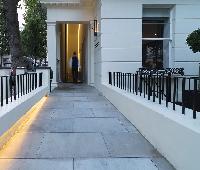 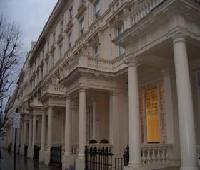 I have been in this hostel in April, for one night. One of the most important point for a feedback is the invoice, then cleaning (room and bathrooms), security, facilities, kitchen, friendly staff, location, and distance from the tube.

So, the staff didn't provided a proper invoice, but just a simple paper with the reservation. It means that NO TAXES have been paid.
Cleaning, I was in the dorm on the ground floor. Sure, it is an hostel, but a room with 20 people is a bit too much. Not for the number of people, but for the luggages and all he garbage that 20 people might leave in the room. Also, was clear that the cleaning staff didn't clean properly the room.
The shower was really small and dirty.

Kitchen: customers are allowed to use the kitchen, only at the end of the breakfast. It means that vegetarian, gluten free, vegan people cannot cook or enter in the kitchen.

Staff: the cleaning staff is the worst I haver met. The staff at the reception was friendly and well organised.

Location: the location is great, really close to Bayswater tube, and few minutes walking. Queensway road has some shops and supermarkets.

In the future, I am not sure to visit again this Hostel.

The staff should take the feedback for future improvements.

Have a safe journey in London.

decent location and cheap but nothing amazing

fairly packed in summer which meant to rarely place to sit in the common halls/dining areas, wifi wasnt all that reliable but overall value for money considering the location(5 min walk from both queensway and bayswater) although can get noisey on weekends,would suggest if all you need is a place to sleep,clean toilets and decent breakfast

I stayed here for 4 nights at the end of July. Other than the location I have nothing good to say about this place. The rooms are cramped, smelly and if you get the basement room then the only window in the room is right underneath where all the smokers sit outside. Every night they were out there until the early hours of the morning and talking (sometimes shouting) on top note. The bathrooms are extremely small and the water takes forever to get hot. Breakfast is very average they only offered nutella and jam as a spread.

Lockers are available at a charge and I highly recommend getting one and locking everything away. I had my Samsung Galaxy tablet stolen on my last night. It was under my covers charging and the curtain to my bed was drawn. When I returned after being out for the evening the curtain was pulled back and my tablet was gone, they left everything else.
When I told the staff about what had happened, the lady didn't care because her shift was ending in 30 mins, she told me to wait for the next persons shift. I waited about 45 mins for the new lady to start her shift but when she did it was like I wasn't even there waiting. After I told her again what had happened she didn't seem to care at all she even went outside for a smoke and it was at least another hour before she started to look at the security footage and this was at 1am in the morning.

I've stayed in loads of hostels around the world so i understand how things can get stolen and conditions aren't always the best but this would be one of the worse. I even over heard guests talking about how people who are not staying at the hostel sit outside and smoke with the ones who are and then they get their key cards and go into the rooms and take everything.

If countries who don't have all the riches can have better hostels and security then there is no excuse for Smart Hype Park Inn.

Firstly I'd like to mention that I have spent the past year travelling round the world so I am used to hostel standard accommodation and thought - why not try one in London for under £30 a night.

I'll start with the positives. There are 3 - the reception area is cool and air conditioned, check in was relatively quick and easy (check in any time after 11am) and very close (2 mins walk from Baywater tube)

The "not so good" - my friend and I were in a 6 bed room. It was on the top floor. You had to walk up 4 flights of very steep narrow stairs with your luggage and the higher you got, the hotter it became. The 6 bed was incredibly cramped. There were 2 rows of 3 beds. The bottom bunk was literally a mattress on the floor. Despite a fan, it as unbareably hot.

We asked to change rooms and the guy on reception was very accommodating. We had a room on the floor below. It was still incredibly hot. The bathroom on the floor below our new room was out of order so you had to walk down two more flights of stairs to use it. Not convenient at all in the middle of the night. The bunks did have individual curtains but that made it even hotter. The fan was on but seemed to blow hot air and the window open but very noisy. In a nutshell, I didn't sleep at all. The showers were powerful but incredibly small and nowhere to put your stuff - no ledge for toiletries nor a hook for clothes.

The additional issue I had was a member of the night staff making a pass at me several times and making very inappropriate comments and letting himself into out room. I raised this with the reception manger the following day and was assured that the matter would be taken seriously. As a female traveller I'm worldly wise and old enough but a young person would have been terrified. My friends told me that I should have called the police but I didn't want to face the person in question late at night in case they didn't take me seriously.

I booked via Hotels.com - my review seems to have "disappeared"? Equally, my friend made a review via booking.com - this too seems to have vanished?

This review is 100% accurate. I therefore would not recommend you stay here despite the cheap price. As for breakfast? I have no idea. We checked out at 8am and got a refund on the night and our planned 2nd nights stay.

Of course it's not so comfortable but at least is cheap,I suggest this hostel for young people. This place is not ideal for families. I spent just three days in London,so the location was perfect. Breakfast is not the maximum but you can always go
for a Starbucks,which is 5 mins from the Hostel. Nice location,loved the position.