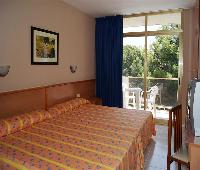 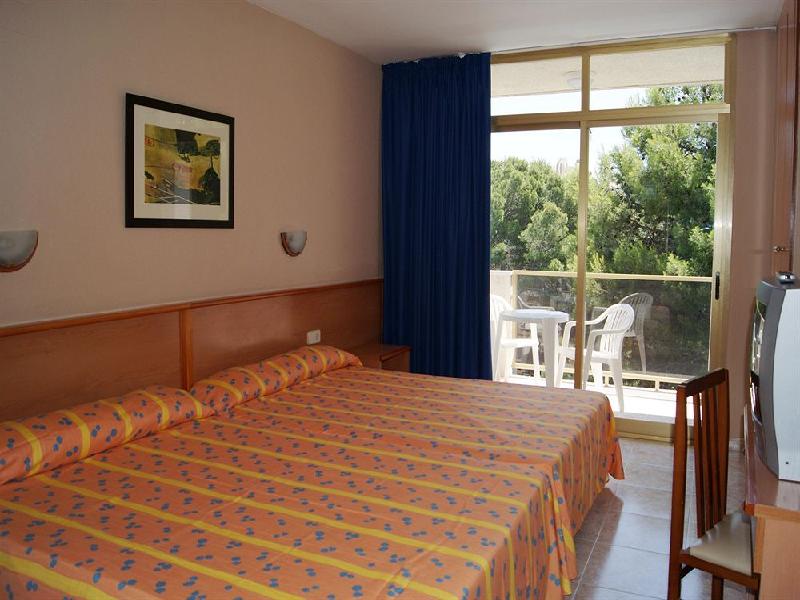 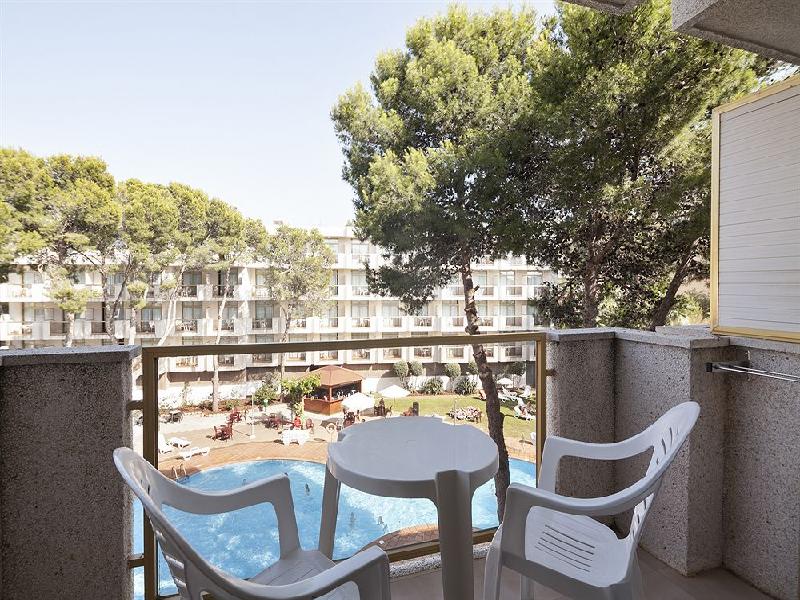 Property Location With a stay at Best Sol d'Or in Salou (La Pineda), you'll be convenient to Aquopolis and Port Aventura Theme Park. This family-friendly hotel is within close proximity of Capellans Beach and Levante Beach. Rooms Make yourself at home in one of the air-conditioned guestrooms. Rooms have private balconies. Conveniences include phones and safes. Rec, Spa, Premium Amenities Be sure to enjoy recreational amenities including an outdoor pool and bicycles to rent. Dining Enjoy a satisfying meal at a restaurant serving guests of Best Sol d'Or. Relax with your favorite drink at a bar/lounge or a poolside bar. Business, Other Amenities Featured amenities include a 24-hour front desk, air conditioning in public areas, and an elevator (lift). Parking (subject to charges) is available onsite. 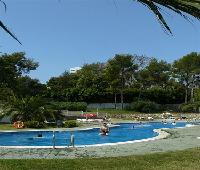 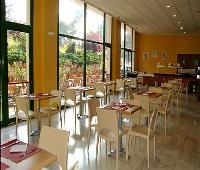 Property Location With a stay at Best Sol d'Or in Salou (La Pineda), you'll be convenient to Aquopolis and Port Aventura Theme Park. This family-friendly hotel is within close proximity of Capellans Beach and Levante Beach. Rooms Make yourself at home in one of the air-conditioned guestrooms. Rooms have private balconies. Conveniences include phones and safes. Rec, Spa, Premium Amenities Be sure to enjoy recreational amenities including an outdoor pool and bicycles to rent. Dining Enjoy a satisfying meal at a restaurant serving guests of Best Sol d'Or. Relax with your favorite drink at a bar/lounge or a poolside bar. Business, Other Amenities Featured amenities include a 24-hour front desk, air conditioning in public areas, and an elevator (lift). Parking (subject to charges) is available onsite.

I didn't take into account the bad reviews of this hotel and I was punished to experience by myself. I have read a review from booking since 2015 and I realized nothing has changed. With all the apologies and replies of the management. The ants are still crawling in the rooms, the worst smells are still there, the old '80s furniture is in place, the loud music, the bad food, the water dripping from the bathroom ceiling. The staff is quite nice, polite and friendly but the impresion of the very outdated and smelly place remains. I don't know the Spanish standards for star classification but 1 star reflects the reality. The candy on the top of the cake was a prison or old hospital blanket that we should cover ourselves while sleeping. Dear management of the hotel, please sleep one night in the pool view room from the first floor! Do something with this hotel not just apologies.

Decent quality for the bargain price

In general, it's big enough network hotel, and as a result, has its own upsides and downsides.

1. Animation for children and adults
(It was a bit hard for me to put this into an upside, as I hate any type of animation, karaoke and other stuff. But I appreciate administration's efforts to entertain hotel quests, so...)

2. Staff speaks most widespread languages, so you never get lost in translation.

3. Food quality is good and with great diversity (networks usually take care of it more than any standalone hotel).
There were several kinds of meat, about 2 kinds of fish, many salads, delicious and tasty bread, good variety of fruits and desserts, etc etc. They even offer a free glass of champagne for breakfast. (But beverages are to be extra paid on dinner, by the way).
Also there's superb grill station where a cook prepares some fried meals online (fried eggs and crepes for breakfast and hamburgers/fried fish/grilled meat for dinner).

Downsides are lack of hospitality and personal attitude (which I like a lot in a small hotels). Also, any kind of problem will be solved with the most standard way, there will be not any personal approach.

For example:
My number had a faulty door lock which was hardly opened by a key card, sometimes after 20-30 tries. The reception guy changed the key card, but result was the same. Then he kept changing it for 2-3 times until I ended with a key card which opened a door in 3-4 tries maximum which I've found acceptable. No one tried to check/repair the lock or whatever.

Another example:
I've was misinformed by my guide that the dinner at the hotel is until 10PM. So I was rushing crazy from Barcelona to catch my dinner, and arrived at 9:40PM. But in fact dinner is until 9:30PM and, despite the fact the restaurant was yet open and there were people eating, I was disallowed to enter by a personnel guy. Yes, he was right and I was not, but that is exactly what I call the formal attitude.

Room was decent enough for my taste.
Beds just ok, toilet room spacious and well equipped.
Aircon was worked well for the beginning of June (using it at 1/3 for the whole night made the room cold as hell by the morning).
Cleaning was done on everyday basis, which is also great (especially having fresh towels).

My room was the pool side, so I was forced to listen to dancing music / water splashes / drunk guys singing karaoke in the evening. However there also were real entertainments - an illusionist show one day, and an acrobatic show another day; and both was just amazing. So I took them as a good compensation for karaoke and in general was happy with entertainments.

The hotel offers a free WiFi option, but it's very very slow and actually works well only in the early morning, so if you want to be online on vacation, I suggest you to buy the local 4G SIM.

If you're visiting the hotel on the border between low and high seasons then you probably will get a nice stay. On high season I guess the hotel will be crowded with Russian tourists, which are not a very welcoming neighborhood.

Just returned from a family holiday at the Sol d'Or. We had a fantastic time. All the staff were extremely helpful and friendly, especially those behind the bar, the lifeguard and the two entertainment girls. We arrived on the day that the hotel opened for the season. We were made to feel welcome and not second class citizens because we were all inclusive. Ok so the rooms are basic but they are only there as a base. The food in the restaurant is not always hot but there is a microwave if you want to heat it up. Always found something to eat and the desserts are amazing. Great location near the beach if you don't want to sit by the pool. My children loved joining in with the activities laid on by the entertainment team, and to be honest so did my husband and I. There are different shows laid on by the hotel every other night including magicians, acrobats etc. Ok so not 5 star hotel but in my opinion a great basic hotel. Could do with a bit of updating but if you can look past that then this would make a great choice for a family holiday.

Frighteningly bad. Nothing good to say. Reception rude, slow and incompetent; rooms basic, uncomfortable, old, tired, horrible; bedding from the 70's and pillows that defied logic and any comfort whatsoever; food absolutely vile...almost impossibly badly cooked and presented; entertainment unbelievably loud and awful (unless you like Queen medleys or disturbingly bendy contortionists); facilities advertised that didn't exist; sleep impossible in rooms facing the pool due to the stupidly loud music and balcony lights that were controlled centrally and randomly; air conditioning non existent....I think it was air from the corridor pumped into the rooms, thankfully it wasn't summer or I would have cooked in my sleep (maybe suggest that as an approach to the "chef" re the sausages); pool was average at best but way too small for the amount of people at the hotel.

A shockingly bad experience only made tolerable by the stunningly talented LSS football players, their parents and the coaches....all of whom were fabulous company throughout.

If you are considering booking....don't. It's like a very, very bad Fawlty Towers....without the views.

Best thing about the Hotel is the trip advisor reviews. Read them before you book, absolutely hilarious.

Very poor food , went in as restaurant opened today every thing Luke warm, front of house restaurant staff very in welcoming , hardly eaten a thing inside the hotel even though all paid for , just asked for an ice cream which are meant to be included in lunch and he shouted at me across restaurant , lucky I didn't knock him out