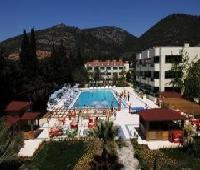 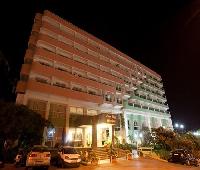 The most beautifull place i had ever been it is kusadasi and most quite 4 star hotel i had been is Santa maria.Nature,pool,rooms,restourant and food.everything is prety fine.Hotel staff is perfect realy friendly .Expecialy entertainment team,guys they are very friendly positive and working so hurd.kids club has also nice activities .Hotel is perfect for family holiday.special regards for Firat ozzy and bruno.Also to jerry kids had briliant time with her.All recomendation for this hotel

I was in this hotel for 1 week.at the first seen we was upset because the hotel is old and we did not expect the 4 star hotel like this!! but at the end of our trip we were happy of the hotel.This hotel is so clean and it is the most important thing for me.all the rooms and pools are so clean.The location is so good and it is near kustur beach.The stuff was friendly but their english was so bad!the food was good but always was the same and they did not charge the food when they finished.

Good As a 4 star hotel

we stayed one week at this hotel. the hotel was generally clean. the breakfast was perfect, but the dinner and lunch buffet has a acceptable variety, but the quality is not as well as it's variety. the pool was so fun and also the animation team. the snack bar and the drinks were nice. the hotel location is good next to kustor beach. the staff couldn't talk english

Do not go to this hotel.......my sister & her partner stayed here for 2 weeks ( luckily for them I came out to Turkey 3 days later...thankfully to another hotel...only to be contacted by my sister in floods of tears....this so called 4 star sits right next to a petrol station...the front of the hotel directly on a main road....I was so upset for my family that I spoke to my hotel management to see if they could spend the rest of their holidays with me & my husband....thankfully they agreed.....the pics they showed us of the 2star dump was appalling....how on earth can they call this a 4 star....& charge you 4 star money...tutt tutt tutt ......don't say you haven't been warned guys xxxxx

Do not stay at this hotel..2 star not 4 star

This is definitely not a 4 star hotel..me and my wife went there for two weeks. the rooms are basic and not cleaned to a 4 star standard.the food wasn't that great and most of the staff don't speak English.my son was meant to come on the holiday but didn't. The hotel did not no this until we got there and thay gave us a room with two single beds (I payed for a room with three beds)when I complained thay told me thay had no three bed rooms.we complained again in the morning and thay change our room but the single bed was just two single mattresses on top of each other. no proper base.we had no wi-fi for the first three days and when we did get it . It only worked in the lobby.on the second week there the cleaner knocked on the door to ask for the two single mattresses . which I fought was a joke. after four days there me and the wife payed for day passes into another hotel it was that bad. They had no kettle in the room which for a four star hotel you would expect. There were flys all over the food in the restaurant. The hotel was really badly managed. I've put some pictures on here have a look and make up you're own mind..personal I would not go back