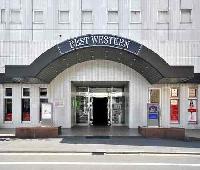 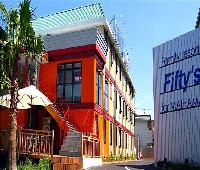 Been staying at this hotel every summer vacation for the past 4 years. Its a good hotel if you're spending most of your time shopping or sightseeing during the day. We just need a decent place to sleep for the night and Toyoko inn does the job. We frequently visit Japan and are used to the small rooms and bathrooms, if you are a traveler that likes to spend time in hotels, then this hotel isn't for you, it's mainly for business men who need a place to stay for the night.

The hotel provides 2 shuttle busses to Disney parks one at 8am and 10am and i believe that you have to reserve for it. There is also 1 shuttle bus back to the hotel from the Disneyland bus parking lot at 9pm, sometimes they do 2 trips depending on how many guests had signed up for the shuttle.

Near the hotel there are many restaurants and small shops nearby, there is a sunkus and family mart right next to the hotel as well. They have 2 washing/dryer combo machines in the hotel, but you'd end up camping them because often times there are other guests waiting to use it, sometimes they hog it all night long. What most guests dont know though is that there's a laundromat about a block away from the hotel which washes clothes and dries much better than the hotel's washer and dryer.

I chose this hotel because it was close to Disney, it didn't cost too much for us who were intending to spend whole days out of our room and it had free shuttle services to Disney and Odaiba. It all worked out perfectly. Our rooms were clean and comfortable, in line with others in the Toyoko chain, breakfast was
included, and it was only one subway stop away from where the airport limo bus stopped. Even on days we did not visit Disney, travelling to popular places like Shibuya was easy and didn't
take very long. We made use of the shuttle to Odaiba as well, so got much value out of our stay.

Has to be the worst hotel I've stayed in that I can remember. Our first issue came when we booked a no smoking room and got put in a smoking room (which really did stink) and told we couldn't move. The breakfast was poor too, we ended up skipping it all together the second day even though it's included. The beds err the worse though - we both suffered with severe back pain after staying which seriously hindered our trip. The good bits were the staff were friendly enough and there is a free shuttle to disney land.

Worst hotel I've ever stayed at

My girlfriend and I stayed here for two nights while visiting Disneyland. This is one of the worst hotels I have stayed in and I would advise anyone who wishes to retain their sanity to avoid at all costs.

1. The beds were uncomfortable to a degree I had not experienced before and did not know was possible. Both my girlfriend and I woke up with sore backs on both days which left a residual pain for the following few days. I cannot stress how bad the bed was.
2. Although we had booked a non smoking room, we were put into a smelly smoking room. When we alerted the staff of this we were told that they were fully booked and we couldn't be put into the right room.
3. The rooms and hotel in general is very, very dated. The clock didn't work in our room and the overall feel of the room was very unpleasant.
4. The aircon did not work in our room which caused the room to be very hot. The only solution was to open the window which had a shared balcony with the other rooms on our floor with no separation, leaving it possible for anyone to walk into our room.
5. Breakfast was very basic, although the room price was cheap so in this instance you get what you pay for!
6. Our room looked directly onto a train line, which meant loud trains every 3-4 minutes up to midnight.
7. Due to being close to Disneyland, the hotel was booked with lots of families. This I don't mind! What I did mind was the children screaming around the corridors outside our room all evening without anyone stepping in to stop them.

1. The transfer to Disneyland was good and well organised.
2. The staff were very friendly and helpful on checking in and organising our shuttle to Disneyland (although they were unable to help and resolve any of the issues mentioned above).
3.

Toyoko Inn is a trusted hotel chain located just about anywhere within Japan. Some booking sites don't display them but I highly recommend using them when traveling as they really are ubiquitous.

This particular Toyoko has slightly larger than usual rooms which is an added bonus. But, they are still quite small to Western standards. The beds are quite uncomfortable which is probably the chain's biggest downfall. Instead of a centralised system, Air cons are included in each room making it a temperature to your own liking. Basic shampoo, body wash, razors and toothbrushes are provided. Breakfast is included in the price and it is very simple, mostly consisting of rice balls, miso soup and coffee. There are a number of convenience stores and eateries in the area as well as karaoke joints and bars. The hotel is under a 5 min walk from Nishi-kasai station on the Tozai subway line. The prices are always standard and reasonable but this particular hotel gets booked up rather fast so make reservations in advance.

The location is great for those visiting Odaiba and Tokyo Disneyland. It's not good for those who want to visit central Tokyo or Shinjuku area as it takes about 30 minutes to get to Shinjuku.
There is a free shuttle provided to and from Tokyo Disneyland. You need to make a bus reservation in advance but many of the staff do not speak English. They can help you with basic things, though, you can point to the shuttle times provided to you and get by just fine.
I took the shuttle to and from Disney and it took about 20 minutes each way. It saves you a bit of money and time as the trains to and from TDL would take a transfer.

There is also a shuttle to Odaiba/ Tokyo Big Site. This is incredibly useful as Odaiba is quite far by train and private lines drive up the price quite a bit. I recommend taking this as it would then be a short walk to the Gundam in Divers City or the nice shopping malls located in the area. Or, of course, one of the many events at tokyo big site.