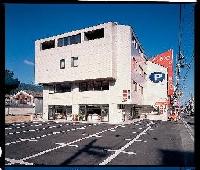 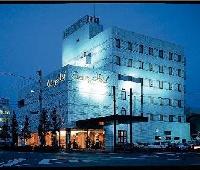 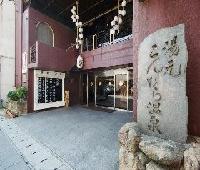 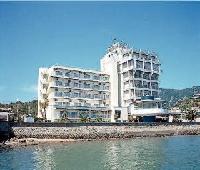 We had a 4 night stay at Tsuruya Ryokan and were made to feel welcome from the minute we arrived. The manager, who came out to meet us in the car park, spoke English. When he was not available and comunication challenging the staff member used a voice translation app on her phone. We had asked for and got a non-smoking room. We had not asked for western beds but these had thoughtfully been provided. I don't recognise any issues mentioned in the previous post although agree decor in the room was a bit old - but not offensively so. There was a foot spa and communal bath house - we used and enjoyed both. Our room had no free wifi but we had access to that in the lounge. Food was excellent at both dinner and breakfast and overall value for money was good. We would stay again if in the area and definitely if visiting the nearby shrine as location for that is perfect.

This Ryokan is overpriced for the service they provide. The people are friendly, but the place hasn't been refurbished since the seventies and it's 'splendour' has long since faded. The room itself was fine, but also needs a facelift. The food wasn't what i hoped it to be and not good value for the money we payed. And what bothers me most are the smells. After we had our meal, our clothes smelled like burned frying fat. And the hotel itself smelled like 30 year old stale cigarette smoke. So, i recommend you don't stay at this Ryokan and just leave the town and go back to Takamatsu, or head for some other nicer town.

Over-the-top meals, so so lodging

Lodging is the best way to describe it. My 2 friends & I checked in (great staff, by the way!) and were led through several corridors to our cell-like room, which reminded me of a student dormitory (I have been in those here since I am a university teacher!). Table was covered in blothes of grease which I soon discovered after I placed the catalog from a kabuki event on it and it was soaked in the stuff! (I reported this later & they bought me a new one) The room (215) ended up being on a quiet street but there were streetlights seriously bright & oddly there were no curtains over the window that it was difficult to get to sleep with all that light. The doorways in the room are very low and I am 5' 7" and had to watch out. They had a hotspring bath that was pretty nice but it was completely crowded (compared to the other places I have stayed in that area) and there was some serious mold around the sinks. (It was very obviously an all-male staff who didn't seem to be concerned about the cleanliness of this bathroom!)
The GOOD things-
This inn is very convenient, we were all dressed in kimono so getting to/from the theater was a cinch. Sake brewery right next door and lots of cool restaurants/noodle shops right nearby. The staff was friendly and considerate and the meals were SUPERB! If you are a serious foodie and have a massive appetite, the meals are perfect! There is an adjoining bar as well.