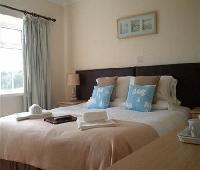 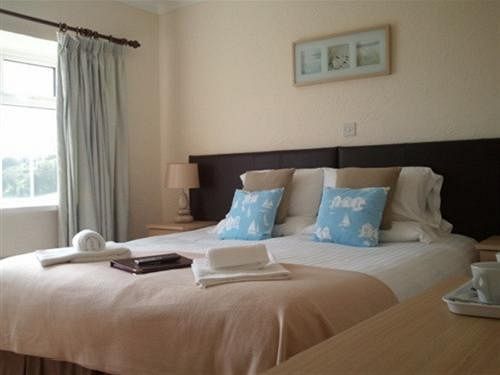 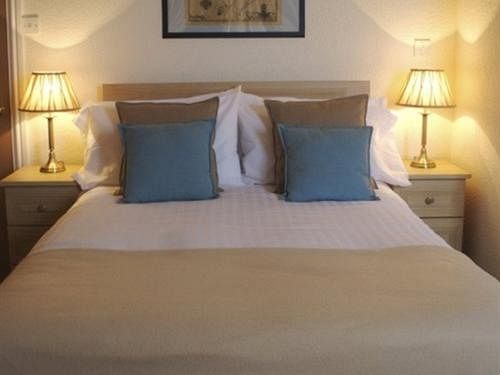 Property Location With a stay at Ty Gorsaf in Blaenau Ffestiniog (Snowdonia National Park), you'll be convenient to Llechwedd Slate Caverns. This hotel is within the region of Swallow Falls and Portmeirion Sands. Rooms Stay in one of the guestrooms featuring flat-screen televisions. Complimentary wireless Internet access is available to keep you connected. Conveniences include coffee/tea makers, and irons/ironing boards can be requested. Rec, Spa, Premium Amenities Make use of convenient amenities, which include complimentary wireless Internet access and tour/ticket assistance. Dining Enjoy a satisfying meal at a restaurant serving guests of Ty Gorsaf. Quench your thirst with your favorite drink at a bar/lounge. Business, Other Amenities Free parking is available onsite.

Property Location With a stay at Ty Gorsaf in Blaenau Ffestiniog (Snowdonia National Park), you'll be convenient to Llechwedd Slate Caverns. This hotel is within the region of Swallow Falls and Portmeirion Sands. Rooms Stay in one of the guestrooms featuring flat-screen televisions. Complimentary wireless Internet access is available to keep you connected. Conveniences include coffee/tea makers, and irons/ironing boards can be requested. Rec, Spa, Premium Amenities Make use of convenient amenities, which include complimentary wireless Internet access and tour/ticket assistance. Dining Enjoy a satisfying meal at a restaurant serving guests of Ty Gorsaf. Quench your thirst with your favorite drink at a bar/lounge. Business, Other Amenities Free parking is available onsite. 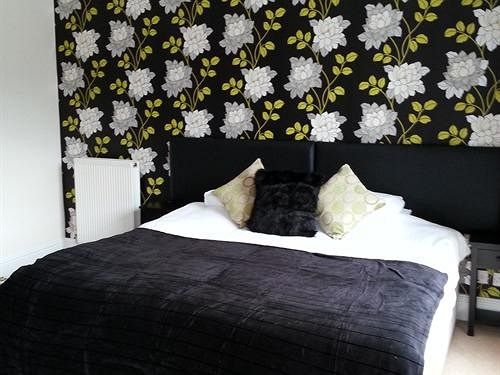 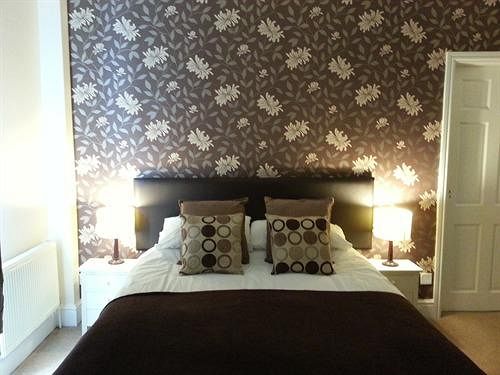 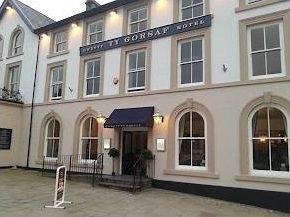 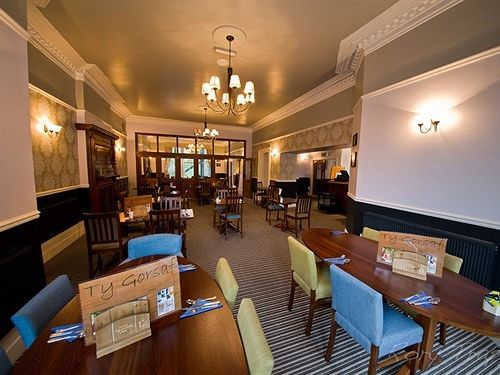 This is possibly the most badly run hotel in the UK

We a family room as we are a group of three adults, we were asked to pay if possible on arrival so we paid in full upfront, we entered our room which was clean. But there was no soap or towels in our room. We asked could we have soap and towels for our room we found a member of staff eventuall. And was told all towel are in the dryer and would be with us by 4.30pm, left it until 5pm when we asked again this time we were told they would be in the room by 7pm.. We told the member of staff we were we had been walking the hills all day and needed a shower and we were three adults and had a meal booked for 7.30pm with other friends. Not interested just told us they would be in the room on our return, got back by 10.30 no towels or soap in our room. As we had to leave by 8.30 am next morning we left with bathing all weekend. Asked if we could speak to a member of staff only to be told leave keys on desk as no one to complain to so left not on desk. Unfortunatly I left my keys in the room as we had to leave in a hurry.
I phoned on the Monday and was told they wold post keys, phoned four times twice told keys had been posted back to me, when they did not arrive I phoned again and was told the keys would not be sent back until I send them a cheque for £7. I eventully received my key after send recorded delivery to hotel and return. I stay at a number of hotels all over the Uk. But without any hesitation this is the worst.

Myself and my boyfriend travelled from Devon to stay at this hotel whilst watching a car rally. After our 6 hour journey we were excited to get into a comfy bed but what greeted us at this hotel was utterly unbelievable.
From the outside the building looked very pretty and welcoming and after parking (note - the car park is only free from 4:30pm-10am) we went into the reception to check in where we were asked if we had even paid for our room yet (surely the hotel itself should know this) and then were told to check our bank statement and then we could pay the next morning - luckily no money was handed over as we were soon to be walking straight back out again.
After being given our key (room 11) and told very vaguely which corridors to take we made our way up the dirty unhoovered stair case to our room (hoover was discovered shoved in a corner of the stairs a little later).
The smell of the room hit us as soon as the door was opened, it smelt musty, old and unloved which was exactly how it also looked.
The tiny double bed had a duvet cover no thicker than a napkin and two pillows each which together were no thicker than one normal pillow. It was raining very heavily outside yet the window was wide open - we guess to try and mask the smell.
The carpet which I’m assuming was supposed to be cream was COVERED in dust balls and dirt - so bad that we didn’t even want to remove our shoes. The edge of the carpet was even worse with big thick build-ups of dust gathered all around the room. The bathroom was on another level of disgusting, with the bath fashioning cracks all down the side which had been TAPED UP with white duck tape...lovely.
We hadn’t been provided with any complimentary shampoos (which for the price of the room we weren’t that shocked) or even any hand soap!!!! But we did have half a toilet roll which I’m guessing was left over by previous people.
I was so shocked by the state of the place I couldn’t help but laugh, it was like something out of a ‘countries worst hotel rooms’ program or something, and we aren’t fussy people!
After taking some photos of the place we found an alternative hotel up the road (Waterloo Hotel - HIGHLY recommended) and left as soon as we could without a backward glance back...even at the zero hygiene rating.

Fawlty Towers is alive and well!

Very sad to see the continuing decline in this town centre, potentially only major hotel in Blaenau. I gather it is about to be sold. I really couldn't advise anyone to book/stay there at present. One other guest (5 rooms occupied in total, all good guest houses nearby full....) commented she wished she'd checked Trip Advisor first! The only plus points are its location (right next door to train stations (Main and Narrow!), central and good adjacent (paid public 1000-1600) car parking, and staff (only saw two all through the stay - barman covered all inhouse and young girl served breakfast - poor quality by the way...) who were doing their very best with a lost cause..

I didn’t read the reviews before booking (big mistake). I went to check in at 15:00hrs on Monday 9th, the main entrance door was locked with a sign saying it’ll be open at 15:00. At 15:10 I noticed a young lady sitting inside. I knocked at the window & was promptly told wait 5 mins (in the rain). After being let in we were given room keys (the young lady saying “through that door 2nd floor”.
When we entered the room I couldn’t believe what I instantly saw, no lampshade, only one cup & no tea bags.
The door didn’t close without a bang, the carpet was filthy, one of the photos in a picture frame was falling out, the base of the divan bed looked as if it’d been chewed by mice (but no mice seen) all ripped open, you could see the springs within the outside of the mattress, bottom sheet didn’t fit properly & no remote for the tv.

The bathroom. Towel rail not wired up, cracked sink & the shower head was so clogged up it hardly worked. The carpet was filthy.

The following morning we went for breakfast & a young lady (the same one who booked us in) was mopping the entrance hallway, “that way for breakfast we were abruptly told”. Had to ask for orange juice, tea bags, butter basically everything (all from the same young lady). Breakfast was served & to be honest that was the best part of our 4 night stay every morning.

In the 4 days of our stay the bins, cups, bed sheets or carpets were not touched by any members of staff.

The male “hotel customer toilets only” hadn’t been cleaned once during our stay. DISGUSTING.

If you want a one star stay in a 3 star hotel please stay & enjoy.

After reading the reviews I was a bit worried. But boy was I wrong. We arrived and there was no one at reception. But soon came Tim, what a wonderful and lovely chap... Booked into our room.... Room was OK needed a bit of TLC but for the price we paid, it was all we needed a bed and a shower and a clean room... Went down to the bar, which is not only a bar for the hotel, but a local pub for many... After sitting there alone we where approached by a lovely local couple who invited us for a game of pool.. And the young chap even brought us a drink and he didn't know us from Adam/ lovely and welcoming locals at the bar. The new manager is doing a brilliant job, and am hoping this hotel will be the bright light of the town once again! As it is really in the place to be. Good luck to the new manger who I think has changed alot. ( think her name was Cleo) good luck Cleo and team