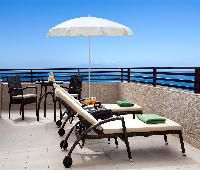 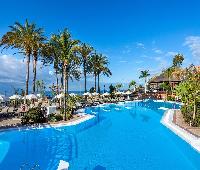 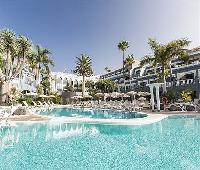 Visiting this definitely help you understand Izumo better, worth a visit if you are interested in history

Cons:
- most of the exhibit does not have or very limited English description. We got a hand held device for English translation but it is only available for few artifacts

It showcases the rich history of Izumo region, which is widely attributed as the cradle of Japanese nation and culture

Izumo region is rich in history, as described in Izumo chapter of “Fudoki,” or geographical reports. The nationwide compilation of such reports was initiated in early 8th century, as a commemorative effort of the establishment of Yamato Dynasty with its capital in Nara. Much of Fudoki records are lost in time, but the report on Izumo region has survived well, to tell us about the life and livelihood, as well as oral mythology, of ancient Japanese people in the region.

As the museum displays well demonstrate, archeological finds and discoveries in the region convincingly prove that Izumo was a preeminent political and cultural center of Japan, before the establishment of Yamato Dynasty. Therefore, it is all the more puzzling, or rather mythical, why Izumo clan had conceded the political supremacy to Yamato Dynasty, without any evident power struggle. The mythology tells us that Izumo clan had chosen to keep its cultural preeminence instead, and it was allowed to build the grandest shrine of all in the land. Izumo Grand Shrine, which still commands many worshipers and tourists today, is merely its descendant.

No record of the original shrine remains today. Instead, the museum shows a few scale models, suggesting its mythical nature. One common feature of these models is the tall tower structure, on the top of which stands the house of gods. An attendant feature is the long slope of steps for the priests to reach the house. The structure was said to have had a commanding height of over 50 meters and visible from miles away. Fortunately, the remains of one supporting column of the shrine were discovered in 2000, and now displayed in this museum. The column’s size and structure well justify the mythical claim on the shrine.

The political and cultural predominance of Izumo region in the ancient time is evident from the museum’s impressive collection of bronze implements, such as bells and ceremonial swords. They are discovered in several locations around the region. Similar bronze implements have been discovered in many other places in Japan. However, the size and number of the discoveries in Izumo region stands out, to prove the region’s political, as well as economic, preeminence. The region’s advantage stemmed from its favorable geographical features, for agriculture, fishery, and trade with Korean Peninsular. Indeed, the bronze material in its early period was said to be import from Korean Peninsular.

Nonetheless, Izumo region was rich in other mineral resources, particularly silver and iron. For example, the museum presents attractive and informative displays of Iwami silver mine, which was said to have produced one-third of the world’s silver production at its peak period. Likewise, the museum displays the ancient method of iron production. All in all, the museum well merits a half-day visit for visitors to the region.

As mentioned by others, the museum offers a few favors to foreign tourists, such as a discount entry ticket and free audio-phone service. Although the audio-service is rather limited in coverage, any serious visitors to the museum may make an advanced booking for volunteer English guide.

The access to the museum is the same as Izumo Grand Shrine, as they are practically next to each other. In other words, access by public transportation is very easy. If you are so inclined, cycling from JR Izumo City station to the shrine/museum is an attractive alternative. As I have done, you can rent a bicycle for less than $5 at the station, and the road network in the region provides comfortable paths or space for cyclists. All you need on top is your physical fitness, to pedal the 8km distance. "Bonne chance!"

Good display, video, and story here.
It's a must to understand Taisha shrine, I suppose.

When I visited, special exhibition was about Iwami Silver mine.

Thank you very much

Historical insights regarding the origins of Japanese culture are to be gained from seeing the valuable artifacts preserved at this museum adjacent to Izumo Grand Shrine. Though some are replicas, several objects on display are priceless national treasures.

Taken at a leisurely pace -- Don't rush! -- the many exhibits reveal a great deal about early Japan, the construction and re-construction of the Grand Shrine over centuries, and its significance (both religious and otherwise) to successive generations.

My wife and I took in the museum before going to the Grand Shrine, which enhanced our appreciation of the shrine immeasurably. Had we done it the other way around there still would have been a lot for us to learn.

An English-language audio guide is free with admission.

Good for learning about ancient Japan

Shimane Museum of Ancient Izumo is located at the next of Izumo Taisha.
There are so many displays about ancient Izumo, for example, bronze swords, bronze bells, comma-shaped beads and earthenware.
Especially, the miniature of ancient Izumo Taisha (existent Izumo Taisha is the restoration) and mined large pillars are must see.
You can feel the origins of Japan here.