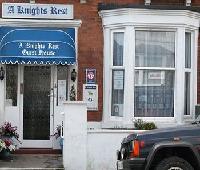 Property Location With a stay at A Knights Rest Guest House in Weymouth, you'll be convenient to Sea Life Park and Weymouth Beach. This guesthouse is within close proximity of Nothe Fort and Sandsfoot Castle. Rooms Bathrooms have showers and hair dryers. Rec, Spa, Premium Amenities Make use of convenient amenities, which include a television in the lobby and tour/ticket assistance. Dining Quench your thirst with your favorite drink at a bar/lounge. 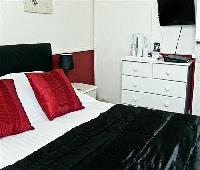 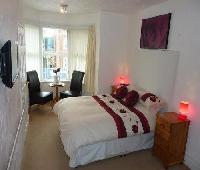 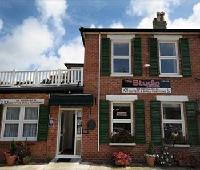 Property Location With a stay at A Knights Rest Guest House in Weymouth, you'll be convenient to Sea Life Park and Weymouth Beach. This guesthouse is within close proximity of Nothe Fort and Sandsfoot Castle. Rooms Bathrooms have showers and hair dryers. Rec, Spa, Premium Amenities Make use of convenient amenities, which include a television in the lobby and tour/ticket assistance. Dining Quench your thirst with your favorite drink at a bar/lounge.

Just spent the night at this guest house.
Great hospitality, a warm welcome, comfortable rooms, excellent breakfast.
Would recommend this guest house to anyone
Couldn't ask for more
Thanks for a fabulous stay.

I have never given a review like this and have thought long and hard about what I was going to write.
I will start with the positives. It was reasonably clean and food ok.
Now for the rest. I booked this trip well in advance of planned visit but unfortunately two weeks before due to visit I had a family death and the funeral would be on the day we were due to travel home. So, I contacted them to see if we could shuffle anything around. Unfortunately due to the time of year not able to ( which I thought would be the case) so my next question would be to leave at around 7.30am to allow enough time for the 4 hour journey back home. I then asked could we have a cup of tea and toast before we left instead of cooked breakfast we had already paid for. You can imagine my surprise when they said NO!
I did think about cancelling but would lose well over £100 so had no choice but to stay there.
On arrival we were greeted with a very run down outside to the building and the interior was no better. Very old carpets which were extremely faded and in areas worn through. The walls were painted over wallpaper with the rough walls showing through. The decor was extremely dated with faded plates, pictures and photos.
When booking I did mention I would be with my elderly parents and that stairs was an issue, so imagine my surprise when we were 3 flights of very steep stairs!
She even stood and watched my dad struggle with his suitcases.
Our rooms were tiny and the bathrooms even smaller! (Don't take my word for it look at the photos)
Finally, on checking out a day early we were told they had actually sold the building and were waiting to complete, so if you were thinking of booking I would think twice as who knows what will happen!
MY ADVICE IS AVOID SO AS NOT TO BE DISAPPOINTED!

Stayed here for one night with a friend, end of June. The room was old and outdated, absolutely covered in dust with filthy windows. The bathroom was tiny and the noise from the toilets were horrendous, everytime someone put the light on in the hall it came through bright into the bedroom. Did not get a good night's rest at all, although the beds were very comfy. We payed £68 for one night, and have payed much less in other places with lovely rooms. Would not return here.

My single room was small with out-dated furnishings. The plumbing was dreadful & my bed felt very strange!
We only stayed 1 night, thankfully, so it served it's purpose.
It was clean, however & Alison was very friendly & accommodating.
We opted not to order breakfast.
There was a handy bus-stop over the road & a Tesco for provisions.
The " 9 min walk to the beach" was misleading to say the least- applicable to Usain Bolt perhaps! We opted for a bus ride......
We obtained our rooms on an offer, so it made our stay affordable. If I had paid full price I would have been very angry.

i was not happy with the room,

i stayed there for 3 nights, you could not, swing a cat in the shower. i stripped washed for 3days. the room was small. and the walls, were plaster boards. i had a horrible stay there very noisy listening to an engaged couple, having sex, in my opinion , i would not tell any one to stay ther