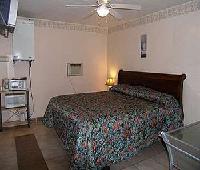 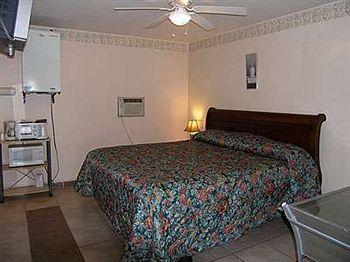 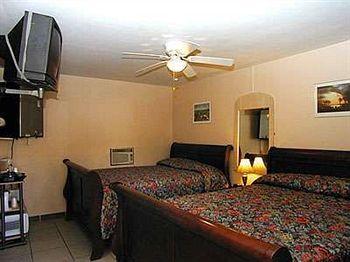 Property Location When you stay at A1 Value Inn Hernando in Hernando, you'll be within the region of Fort Cooper State Park. Rooms Make yourself at home in one of the 39 air-conditioned rooms featuring refrigerators and microwaves. Wired and wireless Internet access is complimentary, and flat-screen televisions with cable programming provide entertainment. Conveniences include phones with free long-distance calls. Rec, Spa, Premium Amenities Enjoy the recreation opportunities such as a seasonal outdoor pool or make use of other amenities including complimentary wireless Internet access. Business, Other Amenities Free self parking is available onsite.

Property Location When you stay at A1 Value Inn Hernando in Hernando, you'll be within the region of Fort Cooper State Park. Rooms Make yourself at home in one of the 39 air-conditioned rooms featuring refrigerators and microwaves. Wired and wireless Internet access is complimentary, and flat-screen televisions with cable programming provide entertainment. Conveniences include phones with free long-distance calls. Rec, Spa, Premium Amenities Enjoy the recreation opportunities such as a seasonal outdoor pool or make use of other amenities including complimentary wireless Internet access. Business, Other Amenities Free self parking is available onsite.

The worse hotel I have ever seen

I booked this hotel based off of the pictures I saw online. It looked like an average hotel with nice rooms and a pool. Imagine my surprise when I pulled up and saw something completely different than the photo. It was TERRIBLE. I did not even check in, because the outside was so terrible. From the carpark, you can see that all the blinds are broken inside the rooms, and the seating outside the hotel is very worn down. It looks messy, dirty, and dangerous. My Uber driver told me that there are drug raids at that place all the time. It is known for drug use. Please do not go to this place!!!!

The 28 2016 on May drive in for over 590 miles, I went to this hotel, near Crystal River Hernando in. The reservation was performed by Hot Wire. Announced as 2 stars, worth 65 dollars a night. I get so tired that I also have to sleep. But it was preferable to have slept in the car. There is cockroaches in the tub, bad smell, opposite to the lounge car of use, dump people did bad life in front of the room, the mattress of bad quality, the old and dirty sheets. Not that I am complaining or pretensioso, but this is a pig pen, not a hotel. they stole from me and Hot Wire does not recognize me this

I have PTSD from staying in the place. This dirty, unbelievably run down, excuse for a motel should just close it's doors. I have some level of give but this was the worst place I have ever seen and if it wasn't so late and there was not one hotel available anywhere, we would have left. I would have slept in the car but my seat doesn't recline. There were burn holes in the sheets, the plumbing left a lot to be desired. Everything was old and corroded looking and no hot water at the sink. After a minute, some stinky cold water appeared and smelled sooooo bad of iron and sulfur, I almost puked. This place obviously doesn't have city water so they don't have to pay for it, I imagine. The bathroom had a nasty broken Jacuzzi tub and the faucet was coming out of the wall, There was no way you would want to take a shower in this place. The toilet was crammed between the tub and the wall, stained with brown streaks, but it did flush to my surprise. The floor was tile, thank God. You could see stuff that had ran down the walls in a white color. Don't know what that was.....It was dingy but to it's credit I did not see any bugs. It did not feel safe. The pool was empty and the exotic garden was filled with green water and garage sale looking items....This is NOT a place you ever want to stay! And yes, whoever gave this place a good rating is LYING!!!!

First off let me say this I don't complain about a lot . but I wish I had took time to look at the reviews before staying here ,I got checked in by some young man who Im gussing works there and a older man who was sickly looking . the young man was high on some sort of drugs you could see it in his eyes and was cursing the older man . so I get my key to the room which was nothing like I was told it would be, there was bugs all over I mean the where knee deep I was in shock I was given another room which wasn't much better but I was tired and wanted to try and sleep . big mistake at 2 am the young man the checked me in was dealing drugs right out in front of the place loud music and door slamming I called the local police and they came out and was told by the police that this was normal that this was a high drug motel and that I should leave for my own safety what the !!! so I took there advice and left I would not let anyone stay here it was like something out of a bad movie I have seen homeless camps that wasn't as nasty as this place if I owned this motel I would fire everone there and tear this place down and put up a strip mall im not kidding at all so if you come to this part of florida I wouldn't stay there I would get a tent its safer and clearner

We didn't have much choice. Our motorhome had to go to the shop and we have 3 small dogs.
The bedding was full of burn holes and the gave us only one small roll of toilet paper, for 3 women. You could see through the curtains. The floor was filthy. At least it was tile and not carpet. The cost was $60.00 a night. There was a tv, microwave and a refrigerator. Two beds and two dressers. More like a flop house than a motel. The office looked like thrift store rejects. The whole place was nasty and poorly managed. The potential was there, just not used.