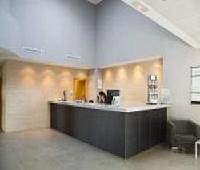 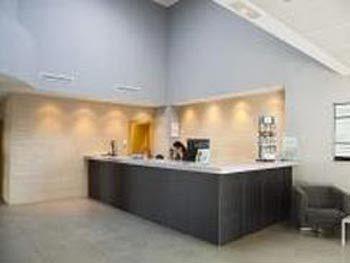 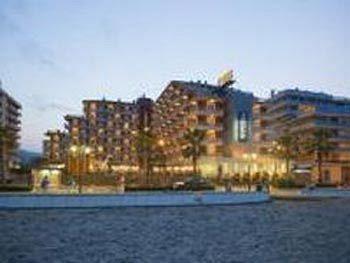 Property Location When you stay at Aparthotel Acuazul in Peniscola, you'll be on the beach and convenient to Peniscola Beach and Peniscola Castle and Gardens. This 4-star aparthotel is within close proximity of La Casa del Ayer and Museum of the Sea. Rooms Make yourself at home in one of the 157 air-conditioned rooms featuring refrigerators and microwaves. Complimentary wireless Internet access keeps you connected, and satellite programming is available for your entertainment. Conveniences include direct-dial phones and safes. Rec, Spa, Premium Amenities Dont miss out on the many recreational opportunities, including an outdoor pool, a spa tub, and a sauna. Additional amenities include complimentary wireless Internet access, babysitting/childcare (surcharge), and tour/ticket assistance. Dining Satisfy your appetite at the aparthotel's restaurant, which serves breakfast, lunch, and dinner, or stay in and take advantage of room service (during limited hours). Relax with your favorite drink at a bar/lounge or a poolside bar. Business, Other Amenities Featured amenities include a 24-hour front desk and an elevator (lift). 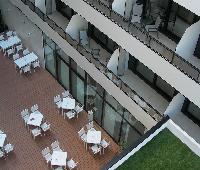 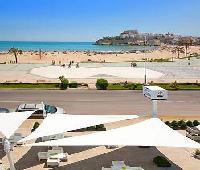 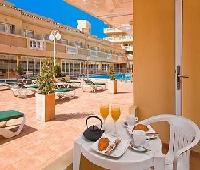 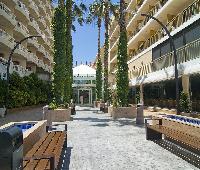 Property Location When you stay at Aparthotel Acuazul in Peniscola, you'll be on the beach and convenient to Peniscola Beach and Peniscola Castle and Gardens. This 4-star aparthotel is within close proximity of La Casa del Ayer and Museum of the Sea. Rooms Make yourself at home in one of the 157 air-conditioned rooms featuring refrigerators and microwaves. Complimentary wireless Internet access keeps you connected, and satellite programming is available for your entertainment. Conveniences include direct-dial phones and safes. Rec, Spa, Premium Amenities Dont miss out on the many recreational opportunities, including an outdoor pool, a spa tub, and a sauna. Additional amenities include complimentary wireless Internet access, babysitting/childcare (surcharge), and tour/ticket assistance. Dining Satisfy your appetite at the aparthotel's restaurant, which serves breakfast, lunch, and dinner, or stay in and take advantage of room service (during limited hours). Relax with your favorite drink at a bar/lounge or a poolside bar. Business, Other Amenities Featured amenities include a 24-hour front desk and an elevator (lift).

This was a very good 4 star hotel. The rooms were quite large with 2 double beds, fridge and plenty of space for clothes. Bathroom was a nice size with hairdryer and plenty of light. The food was buffet style with plenty to choose from. Breakfast was one of the best we have had ranging from cheeses, fruits, egg and bacon etc. etc. etc. The swimming pool was immaculate. Very clean, no noises with banging doors and the cleaners were quite. There was underground parking facilities but this did cost 10 euros a day, but just around the corner was a car parking facility which was cheaper. The staff were very friendly, helpful and always had a smile on their faces. Belen in the restaurant was always helpful to assist. Would definitely stay again.

OK for quick stop over

Turned up at hotel looking for a bed for the night enroute back to UK. Peniscola is pretty much closed down for the winter like most resorts, so not many to choose from. Room was spacious and clean, comfortable bed and large walk in shower. Separate toilet which was handy. View was straight on to the sea and the sun shone into the room in the morning. Receptionist was very nice and helpful and the added bonus of free WiFi in the rooms. Must agree with others re meals. Think 6 nations rugby with food thrown in and thats the buffet in the resturant. The food quality was OK but nothing to write home about. That time of year the hotel clearly has reduced rates for the more mature visitor and mainly Spanish. For a quick stop over it was good as we got a good nights sleep, longer stay on this experience, mabye not.

Excellent time there, we will come back if we can

We stayed there for three nights in September. Customer service was great, all the staff were very nice and helpful. The room was spacious and very clean. We have a double bedrrom with insuite toilet, dinning room with a table, little kitchen and another toilet. The best thing was the terrace. The view from the terrace was incredible and there was a table with chairs so you can sit there and enjoy it! We felt very comfortable there. The restaurant was good too. There was a lot of varierity for breakfast and dinner. Through the day there is entertainment going on and we found the entairtainers very friendly and fun. Great for the kids too!
Summing up: it is a wonderful hotel that we would recommend to others.

Who gave this hotel 4stars, the food doesn't even rate a single star

Stayed in February with my wife. Room not bad, mini bar empty, toiletries only soap and shower gel. 4*?? And the food..........On the second night we spoke to the restaurant manager, who confirmed that the hotel does buy the cheapest it can for the restaurant!! He went on to say that he was sure we could be guaranteed a similar lack of quality in any other establishment in Peniscola. This is not our experience having stayed in Peniscola previously in a diffrent hotel in February last year. The hotel was full of OAPs and every meal time was a scrum. If you want board only give it a try, but if you want somewhere that provides meals as well give this hotel a big miss. In low season there are very few bars and restaurants open along Papa Luna and 1km from the town!! not sure where they think there is a town.

Firstly a bit of background.
We were a family of 3 with one member disabled and needing to use a wheelchair when walking any further than 20 metres. We had booked for 2 weeks Full Board with the intention of only using the lunch option when we were near the hotel (by our calculations this broke even after only 2 or 3 lunches in the hotel per week). We were booked for the second half of September at the Aculandia Aparthotel which is in the same group but only 3*. We were told that they would have to move us to the Acuazul as the Aculandia would be shutting mid way through our holiday. We accepted the swap with a proviso about the parking (more later). The Acuazul was stated to be only 1km from the town centre so was well within usable range of the disabled member’s mobility scooter.

Now the good bits: The Acuazul does deserve its 4* status if you take it on its services provided. There were 3 lifts, daily maid service, it was clean, the pool was clean and well kept, 24 hour reception, the rooms were spacious and the bathrooms were well equipped with plenty of hot water, etc. etc. everything a 4* officially needs.

The hotel is closer to 2km from the town centre, over a mile in old terms, with a scooter that only has a working range of 4 miles it made trips out a nightmare of worrying if the scooter would make it. As an able bodied person this may not worry you, but a mother with children and buggy it could make a nice holiday, stressful. The castle is defiantly over 2.5km away and obviously up a steep gradient.
So for us as well as paying the exhorbitant parking fee at the hotel, we usually had to pay for parking closer to the centre of town as well and couldn’t enjoy the nightlife because of drink driving laws.
The parking fee’s at the hotel were reduced from 15Euro’s a DAY, to 8 Euro’s a DAY because we had planned to road park at the Aculandia, which is not possible at all near the Acuazul.

The rooms were good, but terribly un-equipped. There was an under TV cupboard in the lounge for the belongings of whoever slept in the lounge/diner and a wardrobe with a hanging rail and 1 available shelf for clothing (the other shelves were stuffed with spare bedding and a safe) in the bedroom. We had to ask for the crockery for the third family member. The kitchen has 1 base cupboard (with the bucket/bin in it) a wall cupboard with a casserole dish (no oven, go figure that one out), another pan and a frying pan, a microwave (no microwave suitable cooking utensils), a two ring hob and two empty draws underneath. There was no provision for a dustpan and brush, what would have happened if a glass (sorry no glasses) had been dropped and smashed with children in the apartment and it was after hours for the housekeeping? The iron was obtainable from reception at a deposit of 20Euro’s.

Now the worst bit. The FOOD. OK I know everyone slags off food, but I am a qualified chef, I do know the standards expected and the problems that catering for hundreds throw up. But that does not excuse packet soup that is double diluted to make dishwater. Chocolate and strawberry blamangue (packet mix) and poached pears with Angel Delight blobbed on top for EVERY dinner time pudding, the one time they served up profiteroles they were still frozen in the middle. Everything I could see and taste apart from the live food stations was pre-made, bought in junk that I could have gotten in from the supermarket down the road and the budget food at that. Even the paella was a bought mix (think savoury rice) with the prawns etc thrown in as an afterthought. The food on the live stations wasn’t much better, I have never in my life had a Tuna Steak that you could bash on a table and the table would come out worse. There was no attempts to make the food other than basic meat and veg, there were no definable sauces, there was on two occasions a gloopy mess that could have been a chicken gravy or sauce but it didn’t taste of anything other than corn flour and water. Quite simply the food was of the standard I last saw 30 years ago in under funded state school canteens. The McDonalds I had was ambrosia compared to it. To add insult to injury, drinks are not considered part of the package, even water is charged for at an exorbitant mark up. Except at breakfast, but even then the orange juice is weak orange squash, though the apple juice was the real thing. The meal time were also similar to a St.Trinians bun fight with coach loads of pensioners descending on the hotel every day for their lunch and dinner, they were also given preferential treatment (wine and water on their tables) to the long term customers.
If we had stayed for the second week we would have had to buy our meals out which would have countered the initial saavings made with the booking.

Quite simply I could have kissed my daughter when she called to say she needed us home urgently as she had been involved in a car accident, it gave us the excuse we needed to cut our holiday short.