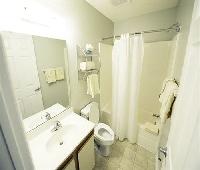 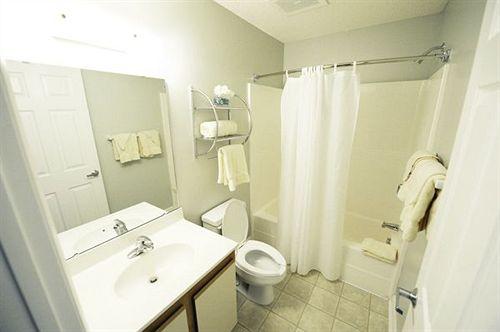 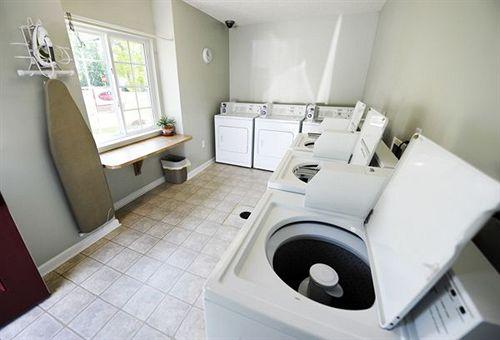 Property Location Located in Greenville, Affordable Suites is close to Vidant Medical Center and East Carolina University. Rooms Make yourself at home in of the guestrooms, featuring kitchens. Cable television is provided for your entertainment. Conveniences include refrigerators, as well as phones with free local calls. Dining While enjoying a refreshing dip in the hotel pool, you can order your favorite drink at the poolside bar.
Business, Other Amenities The front desk is staffed during limited hours. Free parking is available onsite. 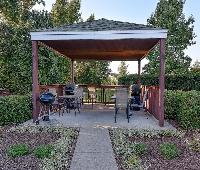 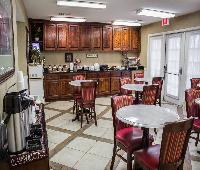 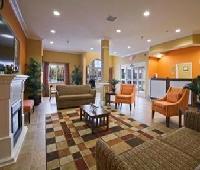 Property Location Located in Greenville, Affordable Suites is close to Vidant Medical Center and East Carolina University. Rooms Make yourself at home in of the guestrooms, featuring kitchens. Cable television is provided for your entertainment. Conveniences include refrigerators, as well as phones with free local calls. Dining While enjoying a refreshing dip in the hotel pool, you can order your favorite drink at the poolside bar.
Business, Other Amenities The front desk is staffed during limited hours. Free parking is available onsite.

Josh & his staff all helped to make our stay great! We decided to stay an extra night & had to call after hours & Josh called me back immediately and took care of getting us new keys that night by his assistant. Then I accidentally left 3 items in the room & Josh mailed them out Priority mail the day I called. He wouldn't take any $ for mailing them either.
The suite was clean & had everything we needed. The bed & sheets & pillows were all very nice & comfortable! It's great to have a full kitchen to use when staying for several days plus the full-sized refrigerator & freezer really helped too! Great price for everything you get & a nice, clean, comfortable place to stay! Would definitely go back if we are in Greenville again!

Hard to find a better value in Greenville

I was in town for one night for a conference. The conference had blocked rooms at another hotel but there were no rooms left in the block and the staff wouldn't even book me at their advertised government rate. So I looked around online and found this location. Very simple online reservation system, checked in and found a very large room with ample space for myself. This location is great for the medical district but also offers quick downtown and ECU campus access via Dickinson Ave. The room was clean, furnishings and all were a little dated but clean nonetheless. Compare prices and you won't find a better deal. Josh at front desk answered my few questions and let me know how to contact him if any emergency arose. WIFI worked well and there were no noise problems from the neighboring units. If I need a place to stay in Greenville in the future this is it.

Lacks a lot of service

The first night we were scheduled to be here, we were running a little late due to a 40 car pile up in Tennessee due to icy conditions. Traffic was stopped for about 2 hours. I did not realize that the front desk, of this motel, closed at 7:00 PM. Our GPS said we would be there at 7:07. I was contacted, by the manager, who stated that he was leaving the office early and he would put our key and registration card in the office mailbox for me to pick up. He requested that I fill out the registration card and put it back into the mailbox that night. They were expecting ice during the night. When we got there, I saw that they had spread ice melt on the dry pavement. We managed to get in OK. This is a bare minimum room although the bed was comfortable. There was a coffee pot but no coffee or filters. There was one small container of shampoo. The towel in the kitchen had a large hole in it. I went out and purchased coffee and filters. The next morning, we discovered there was only one coffee cup for two people. The office was suppose to be open that day but noone showed up all day. There was ice on the walks and obviously the ice melt laid down the night before had no effect on it since ice melt should be put on top of the ice. My wife is handicapped with multiple sclerosis and walking is very difficult and she is prone to fall. She did not feel comfortable going out that morning as she has fallen on ice before, one time causing a serious concussion. I felt someone would take care of the ice during the day but noone did. I called the office feeling that someone should be checking messages or that the call would be forwarded to someone. I left a voice mail asking that something be put on the ice and explained my wife's situation. I also asked for another coffee cup which I never received. The next day (Sunday) the sidewalk and parking lot was like an ice skating rink. My wife could not venture out again. We tried to cook inside but the non stick pans provided had really worn out non stick surface and really looked unsafe to cook with. I got something for the microwave and discovered that the turntable did not work.

The next day was still icy and my wife continued being a prisoner in the room. I finally got a call from the manager who told me he was not putting anything on the ice and was going to let nature take it's course. I explained to him the situation regarding my wife but he still said he was not going to do anything. When I told him about the microwave, he said that he would have to go out and buy one like he really did not want to. Then he said that he might be able to find one at the motel. Later, a housekeeper came and gave me one which also did not work. I told the housekeeper that it was not working but there was no effort to replace it. I also asked if they could vacuum the living room rug as the first night we had been there, we had drug in some of the ice melt pellets which were now on the carpet. She said she would have someone do that. That was Monday and finally someone showed up on Wednesday. The ice remained on the pavement until Tuesday afternoon which meant my wife could not venture out for 4 days after checking in. We were there to see our daughter and had to have her come to us. We had to order food to be delivered since we could not go out and did not feel comfortable using the pans.

There were two people who came in to clean our room after being there for 5 days which I know is to be expected of an extended stay place. They were very nice.

We really felt abandoned by the management of this motel and that we were left to fend for ourselves. When I asked the manager if he was concerned about someone falling on the ice, he said it has never happened.

The room was noisy as there was a guy next door who spoke only by hollering.

I was also concerned that my registration card remained in the mailbox from Friday night until Monday. Anyone could have seen it and my home address. As a retired law enforcement officer, I know that this is good information to people who may have contacts in my home area and know that my home is now unoccupied. The manager should tell late arrivals to bring the card to him when he is in the office.

Stayed there for one month after selling my house quickly. Josh the manager is just outstanding at his job. He was professional, very personable, and always available. The rooms are clean and spacious. Felt just like a one bedroom apartment, not a hotel room. I recommend this place very highly.

My daughter needed a place to stay for 5 weeks while taking a class in the area and this was exactly what we were looking for, small apt with small but full kitchen. She did not want to eat all her meals out so the kitchen was wonderful. We were also looking for a safe place and this was very safe and in a residential like area. Josh the manager was wonderful to work with from payments to items needed in the kitchen. Will definitely stay here again and refer friends and family.