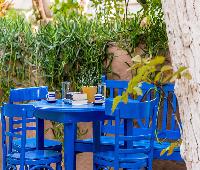 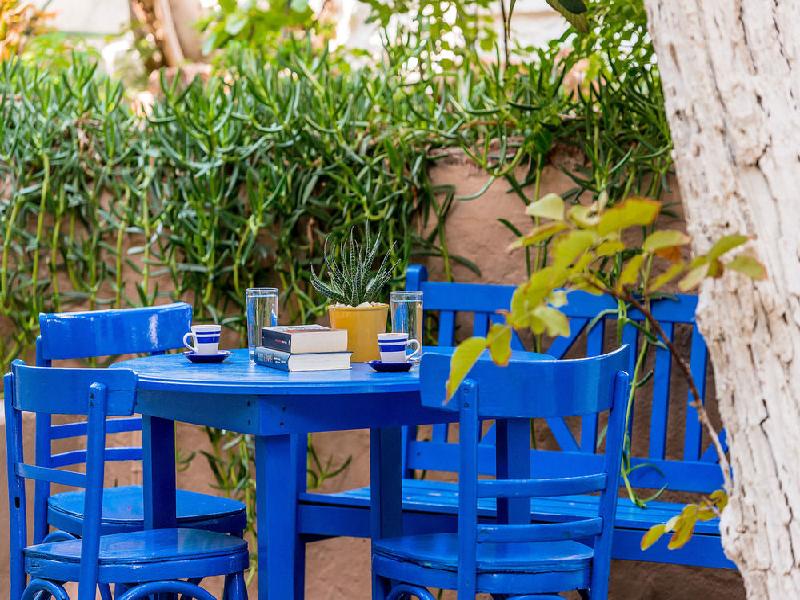 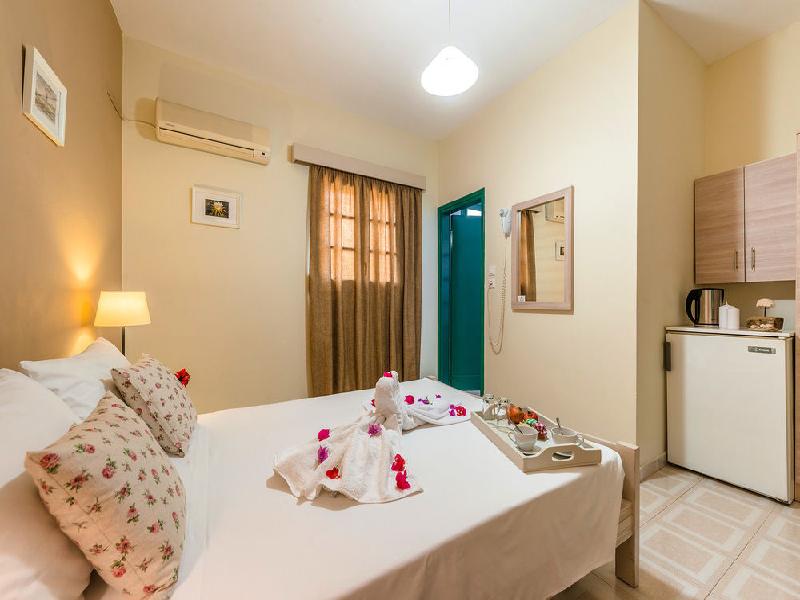 Property Location With a stay at Alpha Stegna Sun in Rhodes (Archangelos), you'll be convenient to Tsambika Beach and Tsambika Monastery. This beach apartment is within the vicinity of Haraki Beach and Afandou Beach. Rooms Make yourself at home in one of the 6 air-conditioned rooms featuring refrigerators. Rooms have private furnished balconies or patios where you can take in partial ocean and sea views. Complimentary wireless Internet access is available to keep you connected. Private bathrooms with shower/tub combinations feature makeup/shaving mirrors and complimentary toiletries. Rec, Spa, Premium Amenities Take in the views from a garden and make use of amenities such as complimentary wireless Internet access and tour/ticket assistance. Dining A complimentary continental breakfast is served daily. Business, Other Amenities Featured amenities include express check-in, multilingual staff, and luggage storage. 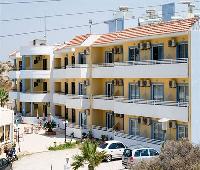 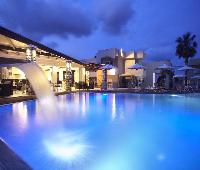 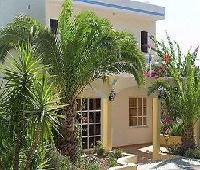 Property Location With a stay at Alpha Stegna Sun in Rhodes (Archangelos), you'll be convenient to Tsambika Beach and Tsambika Monastery. This beach apartment is within the vicinity of Haraki Beach and Afandou Beach. Rooms Make yourself at home in one of the 6 air-conditioned rooms featuring refrigerators. Rooms have private furnished balconies or patios where you can take in partial ocean and sea views. Complimentary wireless Internet access is available to keep you connected. Private bathrooms with shower/tub combinations feature makeup/shaving mirrors and complimentary toiletries. Rec, Spa, Premium Amenities Take in the views from a garden and make use of amenities such as complimentary wireless Internet access and tour/ticket assistance. Dining A complimentary continental breakfast is served daily. Business, Other Amenities Featured amenities include express check-in, multilingual staff, and luggage storage.

We arrived late and had a wonderful warm welcome from the owner Katrina and Zaffi. We were shown to our room promptly which was well appointed and more than comfortable for the family.

Literally 10 metres from the beach across a quiet road and nestled on a strip accommodating tavernas and small supermarkets.

They provide food and drinks from breakfast to late dinner along with draught beer and frappes.

A big thank you to Katrina, Maria, Zaffi and Manos for making our stay so amazing.

Couldn't do enough for us

We were due to stay here but Thomas Cook failed to complete the booking. Having arrived at 11pm at night we were told there was no booking. Karen the manager did her utmost and managed to get us the use of an apartment next door for a few days while Thomas Cook got there act together. Karen and her family were wonderful and did all they could to make our stay a good one. I would have put 5* but we never got to see our room. Thank you one again Karen for all you did for us and next time we will book direct with you and not a tour operator.

If you want to have the specific accomodation that you've paid for in good faith, then this isn't the place for you. We booked 2 identical apartments, one for my wife and me, the other for our daughter and her boyfriend, We arrived at 22.15 to be told the daughter who "organises" the bookings wasn't available, but to have something to eat and drink and she would be on her way. When she finally arrived, our daughter and her boyfriend were told that there was a problem with their room and would be accomodated in the apartments next door for the night and everything would be sorted the next day. We were given our key, we met up with them the next day.......this is when the problems started. They were told that, there was still a problem with the room, but would they mind being put up in ANOTHER block of apartments 100 yards down the road ? not having much choice, we went along with this,They were there for four nights, when the daughter who " organises" the accomodation approached me to tell me that the apartment they were in had been double booked and would they move back to Stegna Star ?. Not having a lot of choice in this ( I didn't want to say no and to find the owner of the apartment had simply put their bags on the doorstep ). They moved into the apartment block next door but one. So, to summarise so far, we booked 2 apartments at Stegna Star, our daughter and her boyfriend slept in three different places. At this point I had had enough with the deciet and asked the daughter who "organises" the bookings to be honest and admit that she had cocked up and double booked us, she duly admitted this , but still claimed it wasn't her fault and offered a free 25 Euro meal as recompence. Needless to say, this was politely refused.Whilst we were there, we spoke to another English family of six who had booked three apartments ( Grandmother, Grandfather, husband and wife, a daughter of eighteen and a son of sixteen).The grandparents had been asked by the daughter who " organises" the bookings if their teenage children could share an apartment with them, as one of the rooms had a fault, this would only be for two nights.....it was in fact, five. We weren't the only families this happened to, there were families from other countries who had experienced the same shoddy service. The is shame is , Katarina , who owns the apartments is lovely, food lovely, staff ( apart from the daughter who " organises" ) are lovely. We had a problem with the air-con, I couldn't be bothered to speak to the daughter who " organises", I spoke to Katarina, who sorted it out within the day. When I spoke to Katarina about the situation with the rooms, she went mad, she was unaware of it and spoke to her niece who sorted the problem out within minutes. If our situation was an isolated incident, I would put it down the human error, and in honesty, would probably go back, the fact that there were a number of the same type of incidents,then no we won't. Thomas Cook will also be receiving a strongly worded complaint.

Loved these apartments, hospitality and resort!

Great apartments opposite the main stegna beach. We had a spacious one bedroomed apartment (room 204) which had all the facilities we needed. Small kitchenette which had all utensils you would need if you were self catering - we cooked breakfast in the apartment but ate out for lunch & evening meals. Sofa bed in the room and sliding doors to spacious balcony. Lovely bedroom with air con which also lead onto balcony. Hairdryer and plug in mosquito repeller provided. Bathroom one of the best I have had in Greece with shower over the bath & shower curtain so no water spillage over the bathroom floor. Fresh bedding and towels everyday (except Sundays) and rooms kept spotlessly clean by the wonderful Maria.
The apartments are immediately behind the Stegna Star taverna which provided great food at all times of the day. We ate here every lunch time and a couple of evenings too. Comfortable sunbeds and umbrellas can be hired on the sandy beach for 7 euros. Katerina, her daughter, family and staff work tirelessy to make the stay here perfect and I can't thank them enough for helping towards a wonderfully relaxing peaceful holiday.
Stegna is a quiet traditional Greek resort with enough tavernas and a few cocktail bars to provide a good choice during a weeks stay. It is pretty much idyllic which made me somewhat reluctant to post a review as I would hate it to get busier and spolied.
We would definitely return to Stegna and the Stegna Star. One of the best Greek holidays we have had for some years. Thanks to Katerina and the whole team - and for the birthday treat ice cream before we left! We hope to visit again.
Annette & Tim

The perfect choice for us

Excellent location directly at Stegna Beach, with quiet accomodation in the rear part of the building and a large open restaurant terrace directly facing the beach. We perfectly enjoyed ourselves starting the day swimming in the clear blue sea, before being treated with a good breakfast. Scrambled eggs, toast or local bread, saussages and cheese, and of course Zoe's Cappucino were a perfect basis for our trips across the island or for just spending the day in Stegna bay. Rooms are fully equipped and larger than expected, and they were cleaned every day. Katharina's team was always kind and friendly, without ever being intrusive. For us, Stegna Star is definitely the first address to check for a room when we will be coming back to Rhodos next time.
Greetings from Sabine, Jaspar and Jan, and have a good rest after the busy season, 2016.