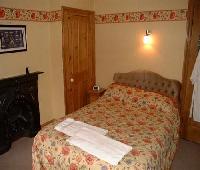 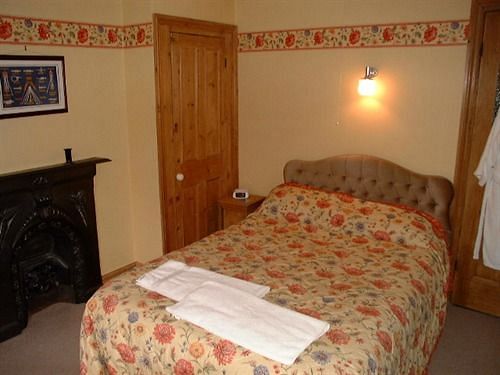 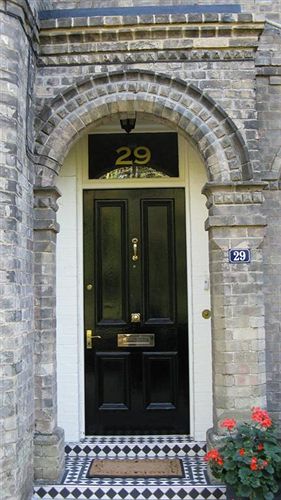 Property Location Located in Ipswich, Alpine Villa Guest House is convenient to Christchurch Mansion and Cornhill. This bed & breakfast is within close proximity of Custom House and University Campus Suffolk. Rooms Make yourself at home in one of the guestrooms featuring refrigerators and microwaves. Flat-screen televisions with digital programming provide entertainment, while complimentary wireless Internet access keeps you connected. Conveniences include desks and coffee/tea makers. Rec, Spa, Premium Amenities Take in the views from a garden and make use of amenities such as complimentary wireless Internet access. Dining While enjoying a refreshing dip in the bed & breakfast pool, you can order your favorite drink at the poolside bar. 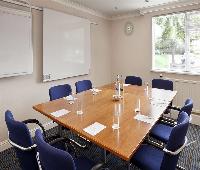 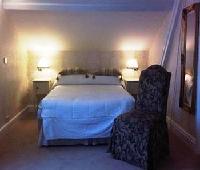 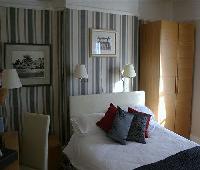 Property Location Located in Ipswich, Alpine Villa Guest House is convenient to Christchurch Mansion and Cornhill. This bed & breakfast is within close proximity of Custom House and University Campus Suffolk. Rooms Make yourself at home in one of the guestrooms featuring refrigerators and microwaves. Flat-screen televisions with digital programming provide entertainment, while complimentary wireless Internet access keeps you connected. Conveniences include desks and coffee/tea makers. Rec, Spa, Premium Amenities Take in the views from a garden and make use of amenities such as complimentary wireless Internet access. Dining While enjoying a refreshing dip in the bed & breakfast pool, you can order your favorite drink at the poolside bar.

The house is to be eventually found up a steep hill.You have to look carefully to spot the "Alpine Villa" sign. I drove past it twice. There is plenty of on-road parking nearby. The place it self is an old Victorian pile apparently spread over 3 floors. I arrived slightly before the "Normal" opening hours of 17.00 and ringing the bell or knocking on the large door knocker (the noise of which I felt echoed around the street) had no effect. I returned to my car for a short wait. When a light came on I went in and was shown up to the top floor and a small but perfectly adequate and clean room. Yes a shared bathroom but at least there was your own sink for general washing. The lady was very polite and helpful. The WiFi was excellent. The night was silent.

Like a previous corespondent I too had been lead to believe that breakfast was included. However it was not and for my "extra" £5 I had a good full English together with much talking with the lady who seemed to think that a mouthful of eggybake and tea is conducive with good conversation.

I seemed to be an inconvenience

I arrived on the Friday evening and had to ring the bell twice, there seemed to be no one about even though the door was unlocked, when the door was finally answered, after introducing myself i was greeted with 'your lucky we don't usually take guests at weekends' nice to feel so welcome. I was then shown to a room on the top floor, accepted may have been the only single room but the Landlord just told me I was at the top, when I advised this was okay he stated ' right at the top' no explanation why I had to walk up two flights of stairs.
On the Saturday morning I made my way to the dining room, I had assumed that as this establishment described itself as a B & B on its website, that breakfast would actually be included in the £42 a night price, I was greeted with ' you're not expecting breakfast are you?' when I advised that I was I was told that this was an optional extra, the landlady did come to my room afterwards to advise I could have cereal for free if I wanted it, I declined this offer and when asked if I required breakfast the following day I advised her not to bother as I would take care of this myself, at this stage I was holding no prisoners I was ironing my dress on a towel on the floor at the time as I could not find the ironing board, 10 minutes later the landlady reappeared and advised me where the ironing board was, a bit late by now.
I had booked this for a family wedding and arrived back that evening at about 11.30pm the find a handwritten sign sellotaped to my door with NO SMOKING written on it, I was mortified that someone seemed to be accusing me of smoking in the room, I had not even smoked in the drive let alone the room, I stood on the street itself to have a cigarette out of respect, at this stage I was tempted to pack my things and move to stay with one of my relatives as I felt so unwelcome and extremely upset at the treatment I had received so far. On the Sunday morning as I left at approx 10am the landlady called after me and offered me a lift to where I wanted to go, the first friendly gesture, I declined as I wanted to walk and revisit some of my old haunts, the reason for choosing this location, I also asked her about the sign on my door, she advised that the 'cleaner' had found a cigarette end in my room, I assured her that this was certainly not mine, maybe it came from the same place as the pair of socks I found in the drawer or the empty bottles in the shower, funny the 'cleaner did not notice the dead spider that remained on my room floor throughout my stay, I certainly did but strangely did not see the cigarette end that had caused me the be falsely accused of smoking in the room.
I found the bed very uncomfortable as it was hard as where the pillows (a bit like sleeping with a rock for a pillow) and was not able to sleep for more than 2 hours at a time.
The location was perfect, tea and coffee facilities replenished every day (good thing really as I ate the small packet of biscuits for breakfast) I may have caught the owners at a bad time, as was stated they don't normally take weekend guests, however this was not my fault as my booking had been accepted and I had no way of knowing I was being inconvenient.
I was out all day Sunday and, when coming in later that evening and catching the landlord, I advised him that I would be leaving at approximately 8.30 am, asking was this okay, he responded 'I suppose so' again very helpful, however the landlady did come to my room at approx 8.20 so I was able to settle up and escape, sorry I mean check out.
It seemed to me that the Landlord took a dislike to me and the Landlady tried to make amends, an apology for falsely accusing me and a bit of courtesy would have been preferred, after all I was a paying guest.

Fawlty Towers? no, at least you get breakfast included there.

I liked stopping here, the WiFi was good. The owner was nice and helpful. It's a shared bathroom which didn't bother me. It would of been nice to have a breakfast. Nice area and plenty of off road parking.

re let my room, expensive breakfast

I booked one night business overstay, paid upfront through pay pal, advised on booking form I would be late for their check in times, arriving as I did between 8-8.30pm. At 7.45 I sent a reminder email. On arrival I was advised because I was late they re let my room. They said they did not get the late notice on the booking form although it clearly stated I had as I had a copy of it on my phone to prove it, nor had they received my reminder email. The reminder email was possible as they had problems with their internet connection, we all experience these. The following morning the hostess maintained despite knowing I was coming from the booking form, denied she knew of the late notice written on it even though I could prove I had a copy of the booking and late notice on it. The hostess also said that even though I sent the reminder, I still sent it after their non checking in time.

Add insult, I was advised as I was the only one for breakfast I could have it between 8-8.30. I said not too worry as I would sort something out, but the hostess didn't want me to feel cheated and so as a cooked option was not viable for me, I had a bowl of cereal, jug of fresh milk, a pear for £8.

I was thankful they made another room up for me so I didn't have to look somewhere else and equally they were accommodating in that I could have the room to 11 am, an hour after check out time. Overall, I feel the hostess thought everything was alright, which from her point of view it was. They were kind to recommend a good restaurant nearby and to offer making me a sandwich to avoid going out which was very helpful.

I appreciate this review goes against the grain and it may be I visited on one of their off moments. Actually acceptance from them they had made a mistake, an apology would have done it for me. We all make mistakes, I get that and sometimes we can all fall short. In this case I was made to feel it was all my fault which I don't feel it was. I'm sure others that follow on from me will have a great and enjoyable stay, unfortunately not something I experienced this time round.

Booked via a general hotel web service for late rooms, post code took me to the property, large single room was on top floor with shared bathroom, they could have put another bed in room, to make more money but was superb to have space to sit [chair provided] and work at the table. Owner gave full clear instructions on how shower worked etc, and how to get into town. Would use again and would happily recommend.