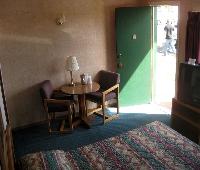 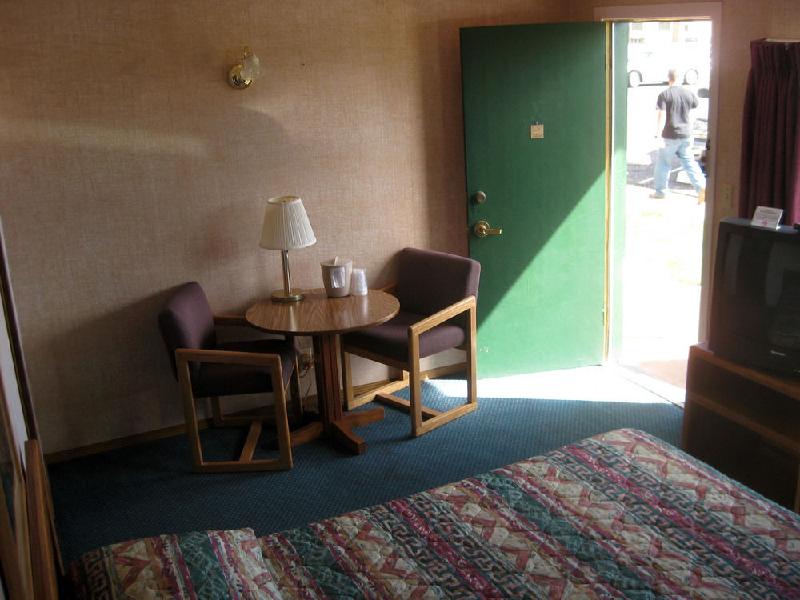 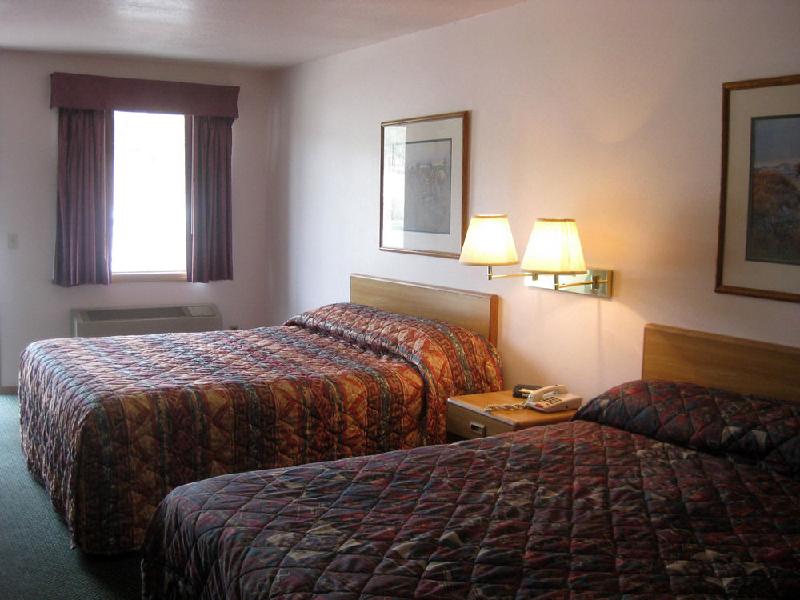 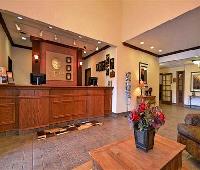 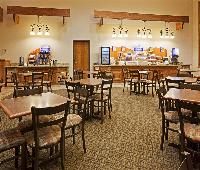 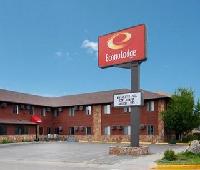 Nice place to lay your head

We didn't know what to expect, but the room was a nice place to lay your head. They are in the middle of renovations as they are becoming a Rodeway Inn. We had nice double queen beds. Our room was warm when we got there as the heat had been turned on. The windows did not open, so we turned on the air conditioner to cool down the room. The continental breakfast was okay, but it would have been nice to have a few more choices. We really only slept at the hotel as we busy sightseeing all day.

Drive straight by for now

This place seems to have been taken over by Rodeway but they need to do a lot to make it acceptable, and they need also to review who is doing the work. The outside - which of course is what you see first - was just awful. There was builders' rubble and equipment lying around everywhere and even an old bath lying in the car park by the entrance to the pool (which was shut and looked as if it had been all Summer). The dust from rubbbing down of paintwork was an inch thick along the passageway outside the room and on the door and window sills. There was as much paint on the grass and floorsas there was on the building! An absolute mess.
Despite painting, the long, low-rise line of rooms with tiny windows looked dark and dingy.
Surprisingly the room was clean - a typical motel room of a reasonable size but with a very small bathroom and with the sink in the room. The shower only worked after great effort and injuring my thumb on the pull-rod which activated the shower - the knob on the end of the rod was missing.
The included buffet breakfast was mediocre and served in a tiny area which was hopelessly inadequate given the number of rooms.
The reception staff were friendly and courteous enough but overall I wonder if the management have any idea of what the public require of them

Also advertised as a Rodeway inn. This place is being fixed up by rookies. Our room was a fire trap, the curtains hung over the heater they started to smell hot. I used the ironing board to prop them away. No lamp or clock on the night stand. Frig had been unplugged from this adapter making 3 outlet where one was, so in the one outlet was plugged, frig, microwave, tv, cable box. The frig had unthawed soaking the carpet. No clothes rack to hang stuff up.. we should have left but had no other choice traveling with a dog. I had called and made the booking directly, they added $10 for our Yorkie. When we checked in the girl tried to add another $20 for the dog. Rookie management, rookie remodelers. Enough paint on the ground outside and on the new metal roof to give the place another coat!

We booked a double Queen room based on price and it's an old-style drive up to your door Motel. We really didn't expect much beyond that. Our room was large with all the in-room amenities. Breakfast went beyond the basic Continental with biscuits and gravy and eggs. The pool was out of operation as they are doing a lot of renovations.

Well, there is a breakfast.

Get up early. We stayed 2 nights. The first we got up to have breakfast at about 8:30. Boy was that a mistake. It was supper busy. Long lines and not enough seating. The second day we were up at 6:00 for breakfast, the only ones here. The room was ok, cheap and we could tell it was remodeled... cheaply. The staff was awesome...Very respectfull and nice. the hotel was just a... well... a dump.... It was the cheapest option and I was ok with that. The "pool" was closed. And I get it has been closed for quite some time. Dont expect to swim. If you are here for the sights and not the hotel, it will be great!