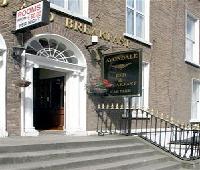 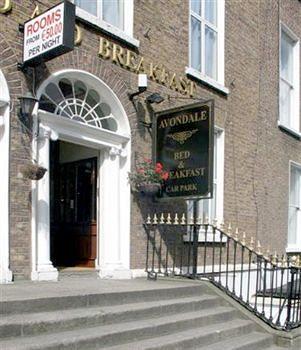 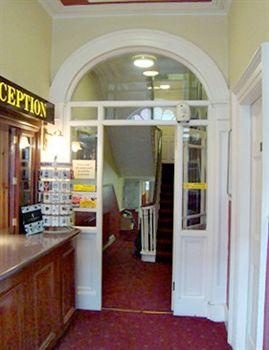 Property Location A stay at Avondale House Dublin - Guesthouse places you in the heart of Dublin, walking distance from Custom House and Abbey Theatre. This guesthouse is close to Garden of Remembrance and Ha' Penny Bridge. Rooms Make yourself at home in one of the 32 guestrooms. Relax and take in city views from the privacy of your room. Complimentary wireless Internet access keeps you connected, and cable programming is available for your entertainment. Cribs/infant beds and rollaway/extra beds are available on request. Dining A complimentary full breakfast is served daily. Business, Other Amenities Parking (subject to charges) is conveniently located nearby. 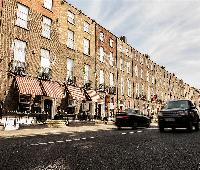 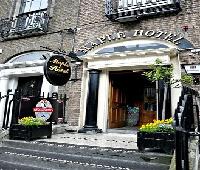 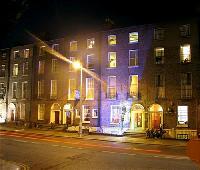 Property Location A stay at Avondale House Dublin - Guesthouse places you in the heart of Dublin, walking distance from Custom House and Abbey Theatre. This guesthouse is close to Garden of Remembrance and Ha' Penny Bridge. Rooms Make yourself at home in one of the 32 guestrooms. Relax and take in city views from the privacy of your room. Complimentary wireless Internet access keeps you connected, and cable programming is available for your entertainment. Cribs/infant beds and rollaway/extra beds are available on request. Dining A complimentary full breakfast is served daily. Business, Other Amenities Parking (subject to charges) is conveniently located nearby.

Don't do it to yourself!

Being the cheapest 'hotel' option I could find on short notice, I decided to give it a chance. After all, I'm just there to sleep - how bad could it be? Terrible, is the answer.

The facilities themselves were probably worse than any other hostel in the area. The entire building had a run-down feel, the shared toilets were inconvenient and the room had terrible insulation, letting the cold night air set into your bones. The beds were hard, rooms were small and also ugly/run down, but with an exhilarating view of barbed-wire fencing. The breakfast was greasy and left me feeling sick for the rest of the morning.

The absolute worst part, however, was the front-desk serviceman. I have never experienced such an apathetic, rude and generally unpleasant person - much less in Ireland where friendliness is second-nature to half the city. The guy knows that he will probably never see any of his customers again so does not mind treating them terribly. Do not fall into this trap!

If you're looking to save money, the hostels in the area are much cheaper. If you are looking for a cheap hotel, splurge the extra 5 euros and stay somewhere that doesn't feel like it should be in the fourth circle of Dante's Inferno.

First time in Dublin, I was going to stay on a hostel but this B&B came up and very reasonable for Dublin (did some research the usual going rate is £65 or around €80 per night). The B&B was perfectly located only 2 minutes from the 747 bus stop from the airport. To access the B&B you need to ring the bell, the hotel only has stairs, no lift. I was on the 1st floor, the room had a shower in it but the restroom was on the landing outside. The room was in need of TLC, as you may have read, the windows need attention; they didn't close correctly but I wedged the bed runner at the bottom and 2 towels across the window, the blackout curtains definitely help keep the draft out, the electrics were safe, even though they looked like something out of faulty towers. The room had only 1 plug socket, no table or a chair but was comfortable but as you may have just read, towels were provided. There was no tea making facilities in the room too. The breakfast was very nice and just the perfect size of sausage, egg, beans and bacon, with toast. The girls serving were extremely helpful and very diligent, even when you ask to make your eggs the correct way! It's no 5* but if all you need is the no frills and a bed to rest your head, it's okay for short stays.
Plus on the first night the fire alarm went off, the gent at reception didn't have a clue what was going on.

It's a guesthouse, so don't expect much

I've stayed in guesthouses before, and they're all the same. Tiny rooms with twin beds, if you're lucky you get your very own sink, and they're cheap.
This one, however, came with its own shower stall as well. It's more like a coffin, and might have been better used as a closet, but it's a shower none the less.
My complaint starts with the price. Now, it was one of the cheapest options we could find, but it's still not worth what they charged, which was around €100 a night. Especially, when they have a permanent sign posted out front stating that they have rooms from €50. The room was typical of your standard guesthouse room, but the sink counter was dusty. Like it hadn't been used in a very long time, and there was toothpaste in the sink. Makes you wonder if they bothered to clean the rest of the room. We also received a half bottle of shampoo, which seemed weird. Then you have to go up three flights of stairs to find the toilets. Not horrible, but it sucks when you really have to pee and you're on the first floor. The walls are paper thin. I understand there's not much they can do to help that, but we could hear a full phone conversation between a man and his wife.
The staff seems to be nice enough, not profesional but nice.
They do offer a free full breakfast, which is both filling and tasty. 1 fried egg, a piece of ham, 2 sausage links, baked beans and bottomless toast. They have cereal options too, but why would you choose cereal over a hot meal in a rainy city.

Im definitely a person that believes the right attitude can solve any problem. I can assure you that no problems were being solved.

Our room was right behind the reception so we heard two men talking well into the night. It was ready for us quite early in the day so that was great, and did seem quite clean.
The "shower" was a basic hole in the wall right next to the bed. The bed... oh the beds.... rock hard. Had hip issues the next day from laying on a slab of rock.

The saving grace. Parking. The lot is a bit of a walk but the parking pass saves you almost €15 for the 24 hrs.

Accident waiting to happen in our opinion

Run down, broken sinks, Windows, toilets. Disgusting! We would never recommend this awful place! Very cheap, worse than a hostel. When we said we were leaving after one night, we got screamed at by the woman on reception saying you have to pay for all the nights. One night of non sleep was more than enough!!