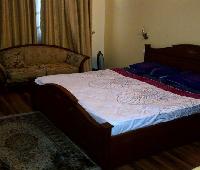 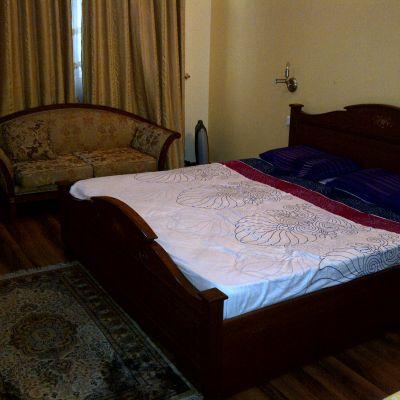 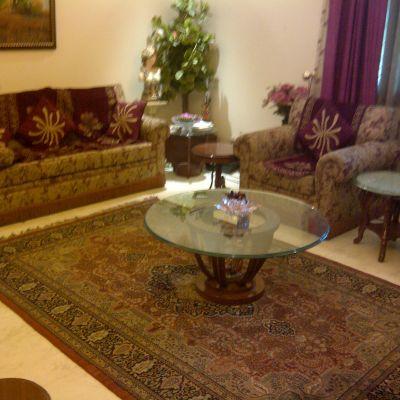 I was visited this place with my friends a week ago . I was very impressed with the interior design of the hotel and also their staff service is very fantastic. There room service is also available and good

Went to Lucknow to attend a wedding and we were booked into this hotel... pretty basic, budget hotel...staff is not discourteous, but lacks customer service big time...they need a full degree in customer handling (not a refresher course).

Everything about hotel is average... service, food, quality, cleanliness etc... but there was one big issue... mosquitoes... pls beware, they're in abundance and a small 'good knight' can't guarantee a peaceful sleep... there was a huge army of mosquitoes in every room... disappointing!

Special points I noted were that they had parking space (but always full), hot running water, TV (but no cable in room), towels (but not clean), variety in menu (but everything had average taste), attached toilets (though mine had Indian style... need I say more)...

Disappointing to say the Least

I was pretty content about booking with OYO Rooms. I was in for a couple of rude shockers to say the least on arrival. My train reached in the morning which I had shared with the agent online as well while booking. That time I was told that it would be taken care off and a note has been made. However, on reaching at 8.30 am, I found myself stranded at the entrance with no one to open the gates. Also, I never realized that It was Awadh Inn and not OYO. They were pretty much ignorant about OYO. After many door bells, one person came rubbing his eyes and curtly informs that I could not enter the hotel till 12 pm. I tries to explain, that I had mentioned my arrival time. I needed to get ready and leave for work. I cannot sit there waiting for noon. He left me with my luggage dumped at the gate with no courtesy and disappeared for half an hour. Finally, I asked the guard, if there is any place I can sit and take my luggage in, in the interim period.The Guard then took me to the reception area. By this time,I was ready to leave for another hotel. I was getting late for work. Finally the fellow surfaced to say that he has spoken to his manager and he cannot do anything. When I mentioned that I booked their place because of OYO. He said he doesn't know anything about them. Then another 20 minutes later, I insisted on speaking with the Manager. He reused. Then he said that he will let me in but I will have to pay a full day's rent. After much debate, he settled for Rs 500 extra. I was stuck and was getting late for work. Already too much time was wasted. Then I realised, That I was dumped in a small room unlike what I had seen pictures of and promised. There was no mini-fridge either. When I mentioned, on my last day they told me I could shift to the bigger room. By this time, I was so disappointed and what was the point in shifting now on my last night. I refused. I paid in full and 500 extra with lot of rude behaviour thrown in and I don't care attitude. When I told them I would be giving my review, they had devil may care attitude. They said, it doesn't affect the. People keep writing their grievances. Then they tried not to get away from giving me an official receipt. Even for the 500 extra that they charged me, on my insistence, they gave me a note on a separate piece of paper. For the tea that I had and paid Rs 150 for, they gave me a rough slip. I expected much better and more honest customer service from them. They even charged me taxes separately, even though I thought that the rate was all inclusive of taxes. I do not know Awadh Inn. I booked it thinking I am booking an OYO Hotel. Sadly, the hotel experience left too much wanting. I will have to be extra careful before booking one next time, if at all.

brilliant hotel , cheap cost and good service fromthe hotel, its more of a bungalow than a hotel but we still had a good time wqith the individual attention given by the hotel staff. will defini=etely visit again

this is good hotel located in one of the good area of lucknow. this has good connectivity but a bit far from railway station and airport as far as lucknow is concerned.the hotel staff , receptionist were courteous.