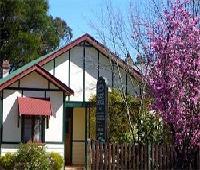 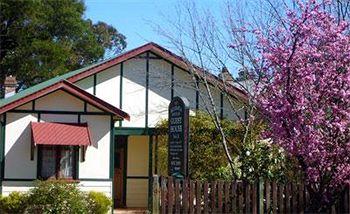 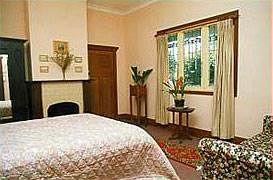 179 Lurline Street,Katoomba,NW,Australia 3 Star Hotel
Check in 15:00
Check Out 15:00
Dear Old Belgravia: a classic with heritage (not mod) cons francesca082 on

Property Location Located in Katoomba (Katoomba - Leura), Belgravia Mountain Guest House is minutes from Three Sisters and Katoomba Scenic World. This guesthouse is within the region of Blue Mountains National Park. Rooms Make yourself at home in one of the 7 guestrooms. Dining A complimentary continental breakfast is included. Business, Other Amenities Free parking is available onsite. 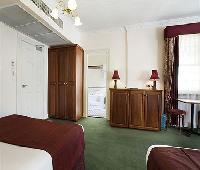 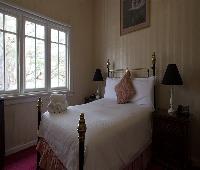 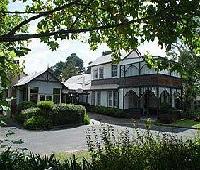 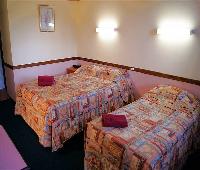 Property Location Located in Katoomba (Katoomba - Leura), Belgravia Mountain Guest House is minutes from Three Sisters and Katoomba Scenic World. This guesthouse is within the region of Blue Mountains National Park. Rooms Make yourself at home in one of the 7 guestrooms. Dining A complimentary continental breakfast is included. Business, Other Amenities Free parking is available onsite.

Dear Old Belgravia: a classic with heritage (not mod) cons

It's a dear old house with very pleasant staff, and it is cheap and cheerful and whatnot.
I had a fan during the sweltering heat wave of century degrees: (aka 38 Celsius).
Mind you, it's extremely rare to need aircon in the Blue Mtns. It's even rare to need much cooling so, I'm just letting people know to expect moderate comfort, but not looxury. But by jingies, I was glad I had a second fan which I kept overnight by my bedside, as I needed it plus the wet washers to get some sleep.

Continental breakfast is served in the building next door, which could be a drawback in wet weather. There is nothing to stop guests providing their own breakfast, though, as the facilities to do so are all in the Belgravia house.

It's located in Katoomba - so all that the Blue Mountains has to offer is within easy reach. RSL is just up the road, for quick meals.

3 adults sharing - 1 queen and 1 single. We had to wait 15 minutes for someone to come to reception on checking in. We paid almost $200 per night. Given key to house & room.
On arrival we found the room VERY basic. 4 pillows only, only a sheet to cover blankets. Queen bed electric blanket was only a double size, the single bed electric blanket did not reach a power point! Tea making in bathroom cupboard - again basic 2 cups/saucers, tea, coffee, sugar, long life milk.
The spare blanket was old and worn and grotty. As were the spare doonas in wardrobe. One had a cover but both were badly stained and discoloured.
The place badly needed a good dust and proper vacuum as there were dead moths on the floor.
The window did not open as the winder was stuck tight. The bathroom window did open but the fly screen was covered with spider webs and dust. The hand basin taps did not turn off so water was constantly running.
While we were away the next day someone had been in and taken 2 used towels that were left hanging in the bathroom and left 2 clean and made the queen bed. The single bed and 3rd towel were not touched! We left our room that morning with all lights off and door locked but on our return late in the afternoon, we found the door unlocked and the light on.

The shower was not dripping when we left that morning either but we came home to water splash which had gradually dripped over onto the floor.
The positive was our beds were clean and fairly comfortable.
There is a rooster but it's in the distance so shouldn't be a problem. We did not have problems with noise from other residents or the plumbing problems others have mentioned. However we did find it strange that there was no where to wash dishes as there was a toaster, microwave, fridge and a nice area where you could eat at tables.
For the price we paid we would expect a much higher standard of accommodation.

It's a lovely old cottage, with some nice period furniture, but... I wouldn't stay here again. It runs out of hot water after a few people have showered, so it's up early or a cold shower, which in Katoomba is a bit much. When I raised this (at the hotel next door) it was clear this is a known problem that they just couldn't be bothered spending money to fix. When i did get to shower (up early the next morning!) it was hard to find a temperature between freezing and scalding!
The rooms are very tired and in need of some TLC.
Look elsewhere.

Came for the night, left with bed bites!

Biggest problem was the fact that my partner and I ended up with tons of itchy bites after staying here. Even spotted 2 bugs in the bed the next morning. As others have said, no staff on site, shower has two temps (cold and scalding), you can hear every noise from neighbors and in hallway, rooster next door. Also breakfast is not complimentary. Only pros were that the room was warm and close to Three Sisters and trails. 20 min walk to town.