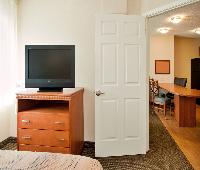 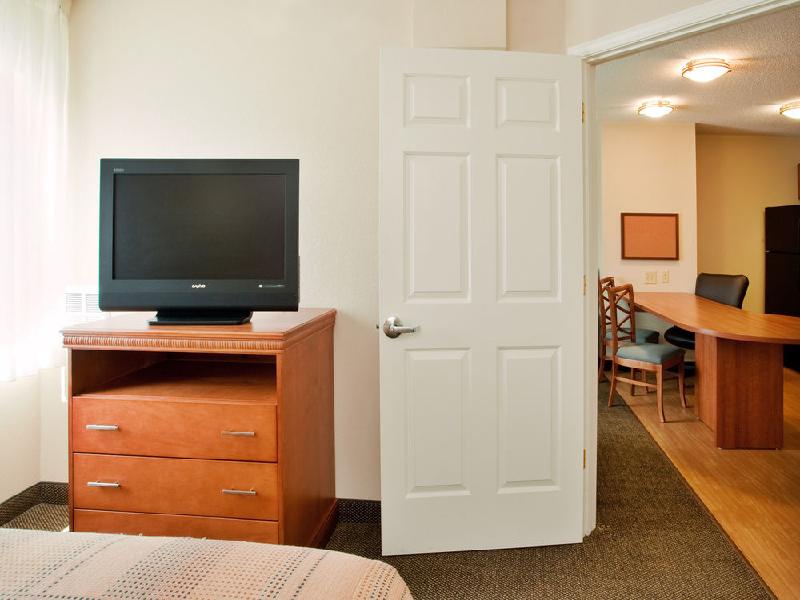 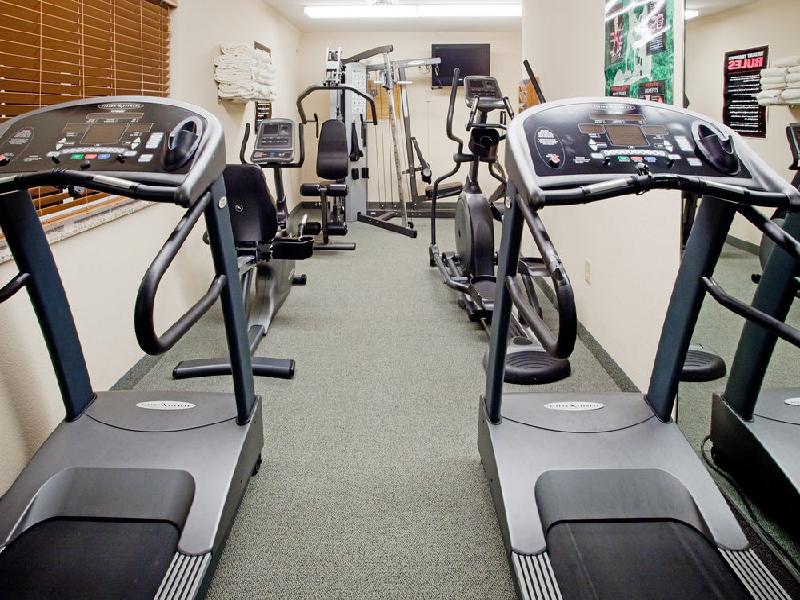 Property Location When you stay at Candlewood Suites Colonial Heights Fort Lee in Colonial Heights, you'll be close to Point of Rocks Park. This hotel is within the vicinity of Henricus Historical Park and Dutch Gap Conservation Area and Fort Lee Virginia. Rooms Make yourself at home in one of the 82 guestrooms, featuring kitchens with refrigerators and stovetops. wired and wireless Internet access is complimentary, while DVD players and satellite programming provide entertainment. Conveniences include phones, as well as microwaves and coffee/tea makers. Rec, Spa, Premium Amenities Take advantage of recreation opportunities such as a 24-hour fitness facility, or other amenities including complimentary wireless Internet access and barbecue grills. Business, Other Amenities Featured amenities include a 24-hour business center, complimentary newspapers in the lobby, and dry cleaning/laundry services. Free parking is available onsite. 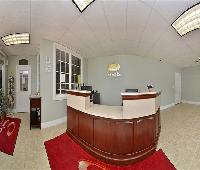 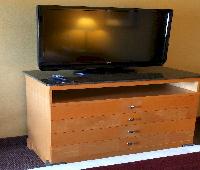 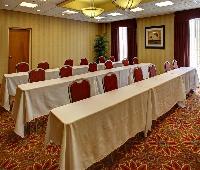 Property Location When you stay at Candlewood Suites Colonial Heights Fort Lee in Colonial Heights, you'll be close to Point of Rocks Park. This hotel is within the vicinity of Henricus Historical Park and Dutch Gap Conservation Area and Fort Lee Virginia. Rooms Make yourself at home in one of the 82 guestrooms, featuring kitchens with refrigerators and stovetops. wired and wireless Internet access is complimentary, while DVD players and satellite programming provide entertainment. Conveniences include phones, as well as microwaves and coffee/tea makers. Rec, Spa, Premium Amenities Take advantage of recreation opportunities such as a 24-hour fitness facility, or other amenities including complimentary wireless Internet access and barbecue grills. Business, Other Amenities Featured amenities include a 24-hour business center, complimentary newspapers in the lobby, and dry cleaning/laundry services. Free parking is available onsite.

The hotel is clean and comfortable enough. The staff are nice enough and they do allow pets which is a plus. I didn't feel at home but it met the needs I had. Nothing negative. I would probably look into other accommodation next time for something more comfortable and inviting.

Stayed here two weeks while on business. Stayed in a one bedroom suite which faced the back of the hotel. One issue was there is only one AC for the room and it is located in the living room. There is small fan that is supposed too draw air into the bedroom but it doesn't really work. There will be a 10-15 degree swing between the the two rooms and I purchased a fan narrow the spread. They are updating the hotel so hopefully that is one things they fix. The kitchen is good with full fridge, microwave and 4 burner stovetop. The only caution I would convey is there is not vent hood so all smoke stays int the room. There is also a set of tracks behind the hotel and it is loud and frequent. There is both commuter trains and cargo trains that use this track at all hours of the day and night. I did get use to hearing the trains blowing their horns but understand they are there. Room service was excellent. Laundry is free and started to go under renovations when at the end of my stay. This is a small shop near the front desk for small items like milk, juice and, frozen dinners.

driving home on vacation became a little tired and randomly selected this property about 10pm. Never stayed at a candlewood. The property was conveniently located off I95. The night staff could not be nicer and the room was spacious and clean. complimentary coffee. This property is designed for extended stay and I will not hesitate to try them the next time I am looking for such a property. The only thing that was unexpected was the "MY COUSIN VINNY" train that shook the room from the adjacent railroad tracks. It was pretty funny and only happened once. It would not discourage me from staying again when I travel south or north on I95

Don't even think about staying here.

Stayed here as directed by my employer but wanted to check out as soon as I checked in. I was on the 3d floor, room 308 and immediately greeted by the smell of smoke in a non-smoking hotel. I hoped that circulation and air conditioning would make the smell go away. It did not. On day 2, I asked for air freshener and the front desk accompanied me to my room to spray carpet cleaner which only worked for about 3 hours. When I returned home after a 4 day stay, all of clothes, bags (even my running shoes) had to be washed or dry cleaned. I wish I had complained more while I was on-site. As for now, I have a hefty dry cleaning bill from a hotel in the middle of nowhere, no access to restaurants, with a very loud train that runs through the rear parking lot (practically). You know it's bad when my travel mates told me they had ear plugs on their night stand when they checked in. In addition... at 0730am in the morning (thank goodness I was awake) they started construction on the room next to me... Oh and the free wifi... spotty and kept kicking me offline, but it worked great at 4 am after the train woke me up. The fitness center has equipment but most of it is broken. Treadmill didn't work, elliptical was unsafe and the weight equipment needed some maintenance. Unacceptable. I will never stay at a Candlewood Suites again. Not after this experience.

Unfortunately, we did not consult TripAdvisor on this hotel and it was a definite mistake to stay here. Upon our arrival, I politely greeted the young man at the desk and told him the name the reservation was under. There was really not much of a response and I got the impression it was an inconvenience to help me- no greeting, no welcome, no smile. He did proceed to handle the transaction efficiently and politely, but without warmth nor enthusiasm. We were surprised to learn there was no breakfast, and even more surprised when we stepped off the elevator to the most horrible smell on the second floor hallway. This was much worse than stale air due to lack of ventilation; my husband and I agreed that it smelled like a garbage dump. We held our breath and shut the room door as quickly as possible and were relieved to learn the same smell was not in the room and there was air circulating. We discovered a queen bed with lumpy pillows, when we had requested a king when making the reservation. A sign in the bathroom stated that you could exchange your towels at the front desk if you needed to between WEEKLY housekeeping service. We figured that explained the smell of garbage build up, but we discovered another surprise when we found a set of earplugs on the desk. We did not know about the train until we were awakened about every half hour beginning around 2AM. I may have been able to sleep through a passing train, but for some reason every train blew its whistle just as it passed the hotel. Obviously, this resulted in a miserable night's sleep! I have never been so glad to escape a hotel. On the way out, the hall smell was as bad as the night before and we noticed a huge amount of dog hair outside of a room. Perhaps a poorly attended pet had contributed to the terrible odor- yuck. I did report the horrible smell to the friendly lady at the front desk when I checked out and she said they were working on it and thought it was the result of someone eating Chinese food in their room. I think there are much bigger problems than that at this location, and providing housekeeping more than once a week might be a good beginning.