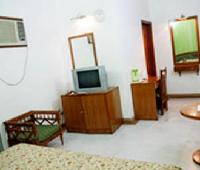 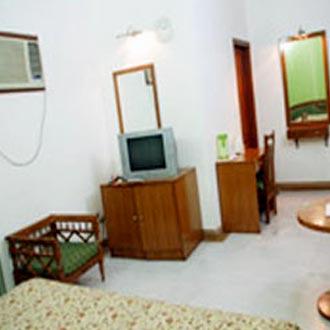 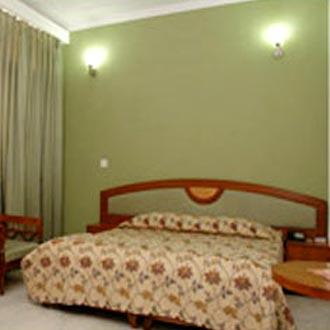 This 3Star hotel in New Delhi is located close to the Pragti Maidan area. There are 33 rooms to choose from and are categorized into superior and deluxe rooms. A multi-cuisine platter awaits one at the Tadka Restaurant, which is open for diners between 11a.m to 11p.m. The hotel is maintained with a business center and an 1100 sq feet conference venue maintained with all conference and banquet facilities. 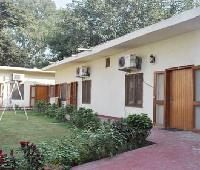 This 3Star hotel in New Delhi is located close to the Pragti Maidan area. There are 33 rooms to choose from and are categorized into superior and deluxe rooms. A multi-cuisine platter awaits one at the Tadka Restaurant, which is open for diners between 11a.m to 11p.m. The hotel is maintained with a business center and an 1100 sq feet conference venue maintained with all conference and banquet facilities.

I went to New Delhi for visa purpose. i choose this hotel as I was going to reach at Nizammudin railway station at midnight at 0200 am. This hotel was near to station t walking distance. I had no difficult to locate hotel by google map, even during mid night at 0200 am and didn't need to ask anybody. When I reached their hotel front gate was close and everybody was sleeping. Front gate was made up of glass and I was bale to see that everybody was sleeping. I knocked for about 20 minutes, but nobody was wake up. I was able to see them sleeping in front of me by glass door. After knocking for nearly 20 minutes, somebody wake up and open the door. Then it was easy, check in was took 5 minutes and I reached my room, took hot shower as they had hot running water 24/7. but then I tried to use internet and it was not working. I took some food and went to bed. Next day morning, when I wake up, internet was working. Other than that, room was very much big and specious. AC was also good working condition. Room was not so much clean as i was feeling dust in my bare foot. When I opened drawer of table, it was dirty like hostel. Other that internet experience on first day and little bit cleanness issue, hotel was good, but I think not value for money and overcharged.

Worst place I have stayed so far !!

Hotel City Centre Inn, located in Mathura Road in New Delhi. One of my friend recommended it based on the locality and without knowing the quality of it. We were just looking for a place to stay for a night with family. The blankets were bad, uncleaned. The floor was dusty and uncleaned. I had booked deluxe room but the hotel guy said there is not such differentiation. The booking included Breakfast and Wifi it mentions. They didnt give wifi access. Also we checked out at 10 am and they said the Breakfast is not yet ready. Please guys never think of staying here.

This is just an average hotel, but with great food. We had stayed here with family as it was close to Nizamuddin Railway Station.

Rooms are basic, but we were surprised with food taste and quality which was absolutely marvellous.

Staff were good and hospitable. Would recommend for single persons and not for families.

Not as expected of OYO

I am staying in this hotel tonight. I booked a room at a discounted rate today on OYO app. The room I am in is 201.

It has a working AC and flat screen TV, but nothing else of the standard claimed by OYO. The bathroom has a commode whose lid had problems, I took the lid out and then inserted again but it still is troublesome. More over the commode doesn't look clean.

The bed cover is not as clean as claimed by OYO.

The room service though is good. The boy is charming and has a pleasant nature.

The dinner I ordered was tasty and fresh.

The one good thing about this hotel is its proximity to the nizamuddin railway station. I am here because I have a booking to agra in the early morning. The hotel is 5-10 min walk from the railway station.

Disappointing. Rooms are okay but not worth the money paid. Staff is rude.

Location is good and nearby NZM station but not worth it. Staff is so rude, specially the receptionist there. Receptionist is so stupid that he refused my ID at first saying that photo in the ID doesn't resemble me. Receptionist didn't even give spare time to eat breakfast and pack bags and made checkout exactly at 11 stating wierd reasons. Booked via OYO at 1549. Room is okay but not worth the amount paid. Don't stay here, find better hotel nearby instead.