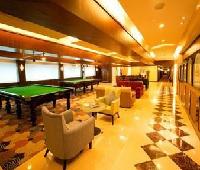 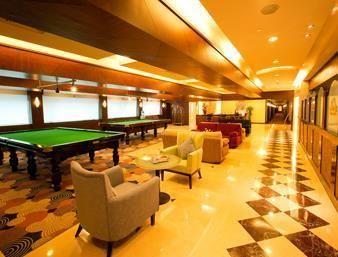 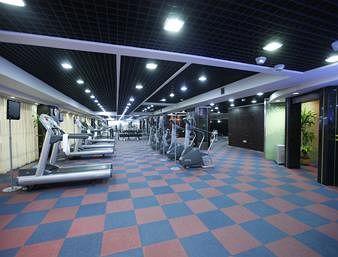 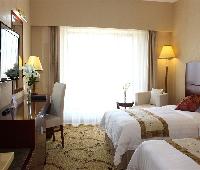 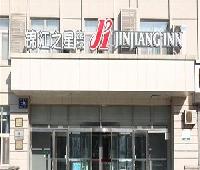 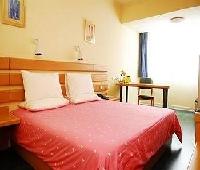 Nice hotel inside a big mall at the shopping centre of the city. Clean rooms but not very spacious. A little old with not great view. Near (3km) the train station. It has many corridors that it is not easy to find your room. Excellent breakfast in a nice restaurant of the mall. I recommend it for some nights.

I was in a deluxe room and it was comfortable and large. There was also a walk-in closet that led to the bathroom. There was no view to talk about as the window opened to face the opposite shopping mall. As I was on the 8th floor, traffic noise and car honking could be heard till late at night and early in the morning.

Nevertheless, it was a good place to stay for one night.

This is a large western style hotel located in the heart of the city, occupying the upper floors of a luxury mall. The reception and coffee shop are on the sixth floor, which they share with some retail outlets. The seventh floor houses a food court, restaurants, gyms, etc. The rooms are on the eighth floor upwards, with a business centre on the ninth floor. There is a restaurant on the eighth floor, but it was not functional during my stay.

My room was large and lavishly furnished. The bed was large and it was provided with fluffy pillows. The bathroom was quite spacious as well, with good toiletries. The only disappointment was the bleak view of a large sloping rooftop with patches of ice, just outside the window.

I stayed in this hotel for five days in early January – the coldest time of the year – with day temperatures of - 10 deg C and night temperatures falling to 24 degrees below zero! Since I had practically no experience of sub-zero temperatures, I was worried about the cold, but the hotel was so well heated that one could forget about the freezing temperature outside.

Buffet breakfast was served in the coffee shop on the sixth floor. The staff was quite attentive and most of them knew English, but obviously the level of proficiency varied from person to person.

A word about the mall: the choices were seemingly endless and the displays were quite attractive, but the prices seemed very high, even by Western standards. I suppose many of the guests would be willing to brave the cold for a few minutes to go to the Wal-mart round the corner!

Very good for the money!

After two nights in Shengyang and three nights in Harbin, we arrived at the Changchun West station via fast train in less than an hour. Taxi to the hotel was prompt and we arrived in about 20 minutes. Lobby is on the 6th floor, in a small cordoned off area within a huge shopping complex. I have booked a suite for 3 without knowing that there was no partition between bedroom and hall. So, added another smaller room for my mum last minute.

Our designated suite, room 996, was huge and as it was facing the internal shopping centre, it was blissfully quiet for a good nights of sleep. The King size and Single beds were both fluffy and comfy enough. There was even a walk-in wardrobe and dressing table/corner, nice! The bathroom was huge and bright, both the bath tub and rain showers were really very nice indeed! Costing only RMB93 more than my mum's Deluxe room, our suite was great value as it is easily twice the size of the Deluxe room!

Breakfasts served on the 8th floor is very good both in quality and range, you will be surprised by its offerings - dim sum, fried seafood, cakes, pastries, etc etc. The location within Changchun's classy shopping Zhuozhan complex is also great - high end supermarket at its basement or cheaper Walmart right across the Wanda Shopping Complex. Shangri-La is even closer, within the same block.

Overall, like most others, we were here for only one night, just to see Last Emperor's former palace - worth it to see but make sure you enter through the further entrance, 20m away from the ticket office. Changchun as of May, 2013 is undergoing lots of road works, so traffic jams are massive. Winds are also, surprisingly, very very strong during this time of the year. Wear your sunglasses ...

Taxis are also quite hard to come by, though not as bad as in Shengyang but certainly harder to find one than in Harbin. Hotel could call you for you or their bellboy will also go out of their way to 'capture' one for you - impressed but remember to tip the helpful guy. Overall, this is the BEST hotel of our 3 cities, 3 hotels and 7 nights trip. Should have stayed at least two nights here ...

Changchun is THE place to buy Changbai Moutain ginseng and Deer antelopes. The shops right in front/outside of the Last Emperor's Palace is great for such shopping. Paid only RMB25 for a good quality ginseng! Oh yes, there is also a classy food court at the Hotel's 5th floor? Buy a coupon for RMB100 and charges will be deducted at each outlet. Remember to return the card before leaving and they will return your balance amount.

Overall, though we were only at the Hotel for less than 24 hours, we do have very fond memories of our short stay here. After all, how often do you find a hotel within a shopping complex that has two entrances - wierd and rather strange, but really it is a very nice place to stay.

Good location for shopping and restaurants

This hotel was chosen for us by our guide/ facilitator during an adoption. After seeing how we were situated with regard to shopping and restaurants I was glad we stayed at this hotel. There are several restaurants inside ( including an AWESOME Chinese cuisine restaurant right above the front desk). The breakfast buffet was tasty with a good selection of western foods and great coffee. All of the staff we had contact with in the hotel were cordial. More good restaurants and shopping ( including Walmart) within easy walking distance.
We were first assigned a large suite with a window facing the inside shopping mall. After two days we requested a identically sized suite facing the outside. The suites were well appointed with reliable internet, large bath with huge shower, tub, vanity. There was an outer dressing room with vanity and lots of closet space.Electronic safe, flat screen ( CNN in English) , three phones, mirrors everywhere, large out facing window, refrigerator. Beds were true Queen sized and comfortable. Climate control worked well. We had fresh fruit placed in our room daily. Any room needs we had were addressed VERY quickly.
Only downers were 1. Our girls' feet would be dirty after walking on the carpet a few minutes. Otherwise the room was clean. 2. The room was a bit dated as was the hotel. 3.There was an area near the front desk that had new carpeting with the strongest smell of dye I've ever encountered. 4. It was a LONG walk from our room to the desk and exit elevators where we met our guide each day. It was OK for us as we needed the exercise and the girls could run til exhaustion without being out of sight. Hallways had dark paneling and were sorta dark.