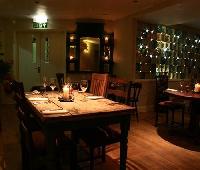 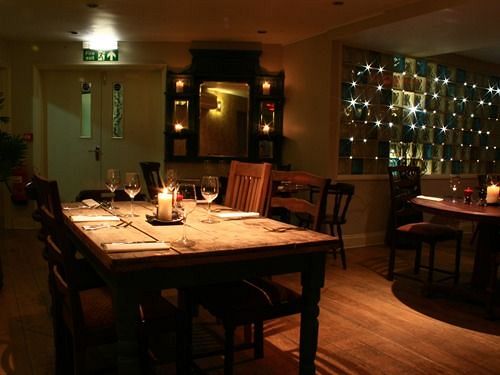 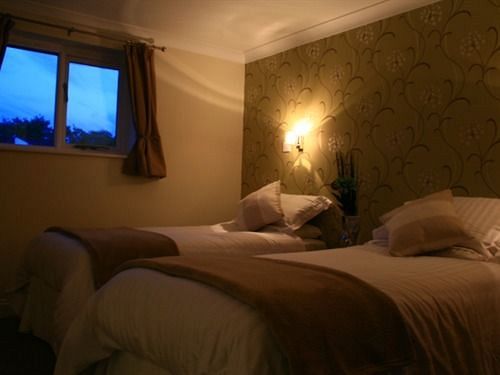 Market Street, East Harling,Norwich,GB,United Kingdom 4 Star Hotel
Check in 15:00
Check Out 15:00
Going above & beyond, thank you 70Charlie on

Property Location With a stay at George and Dragon in Norwich, you'll be within the region of Carrow Road and University of East Anglia. This 4-star inn is within the region of Norwich Castle and Norwich Cathedral. Rooms Stay in one of 4 guestrooms featuring flat-screen televisions. Complimentary wireless Internet access is available to keep you connected. Bathrooms have showers and hair dryers. Rec, Spa, Premium Amenities Make use of convenient amenities such as complimentary wireless Internet access, tour/ticket assistance, and complimentary use of a nearby fitness facility. Dining Enjoy a satisfying meal at a restaurant serving guests of George and Dragon. A complimentary breakfast is included. Business, Other Amenities Parking (subject to charges) is conveniently located nearby. 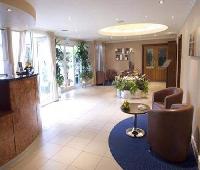 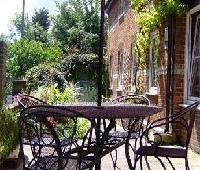 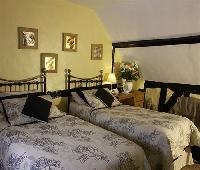 Property Location With a stay at George and Dragon in Norwich, you'll be within the region of Carrow Road and University of East Anglia. This 4-star inn is within the region of Norwich Castle and Norwich Cathedral. Rooms Stay in one of 4 guestrooms featuring flat-screen televisions. Complimentary wireless Internet access is available to keep you connected. Bathrooms have showers and hair dryers. Rec, Spa, Premium Amenities Make use of convenient amenities such as complimentary wireless Internet access, tour/ticket assistance, and complimentary use of a nearby fitness facility. Dining Enjoy a satisfying meal at a restaurant serving guests of George and Dragon. A complimentary breakfast is included. Business, Other Amenities Parking (subject to charges) is conveniently located nearby.

Going above & beyond, thank you

Just when you loose your faith in humanity you meet someone to restore it. After a disaster involving a booking with Late Rooms for another establishment our Sat nav lead us to The George & Dragon where we met Sue. Her guidance and advice was invaluable in what could have turned into a total disaster and a ruined weekend. We returned to have a lovely evening meal and were not disappointed. Sue went that extra mile that is a rarity in itself and with something that actually had nothing to do with her in the first place a thank you seems inadequate but thank you all the same. Would highly recommend for the warm welcome, great atmosphere and good food.

My wife & I stayed for 1 night as part of our annual "get away from the kids" trip.
All in all we were really happy but not for the reasons you may expect.
We were after a place without young children and a bit of buzz and that's exactly what we got!
If you are after peace & quiet on a Saturday night this is NOT the place for you. But if you want a place for a vibrant, young clientele then it is.
There was boxing on the projector and I think the entire village's young population enjoying their night in the smoking area.
We enjoyed great chat engaging with the owners and even managed a few drinking games with the punters.
Finally we collapsed in a very comfy bed and slept, undisturbed, until our full english breakfast the following day.

Dinner was good, the steak fresh and local. Same went for breakfast.

The only downside for the place was untidiness. There was a lot of customer-viewable areas used for storage. Needs a good tidy up.

We stayed here for a single night on 8th July as although it's not very many miles from home we had been at an event down in Martlesham Heath that day, and were due at another event in Bressingham on the 9th and so it saved another 100 miles of traveling back and forth, and more importantly the time!!
The room was about the cleanest room we've come across in a very long time, and that includes all the usual chains too, there was absolutely nothing I could fault on the grounds of cleanliness, the only issue, and that's if it truly is an issue was the lack of air conditioning in the bedroom but this was only apparent because of the extreme temperatures experienced that night and on an average day would not be a problem.although on being shown the room the member of staff showed us a small bar type fridge on the landing and told us to help ourselves to bottled water as it does get hot in there, It's also about the first hotel ever in which I could fit the kettle into the sink to refill it with more than a half cup of water!! Although as with all hotels why are waste bins so small, and the bin liners are never fitting very well either?? There was the sound of what I took to be an extractor fan running in the kitchen below, but this is a working pub and not principally a hotel there being only four letting bedrooms and a degree of compromise has to be accepted when, or if you consider booking a room along these lines, although it was not exactly the rowdy sort of city pub with Juke boxes or discos running! So any other extraneous sound wasn't that intrusive, plus the extractor was off before ten, and didn't come back on until around 6:30 ish so was quite bearable.
We had decided to eat dinner in the hotel and at 7:30 we ordered from their reasonable selection, Beer battered Cod, rustic chips, mushy peas, and tartar sauce, my partner ordered Hunters chicken again with chips and a side salad, a very fast 15 - 20 minutes later the waitress arrived at our table with scampi? And Hunters chicken, we obviously refused the order, the member of staff who took the original order stepped in and immediately took the blame saying he'd ordered the scampi by mistake in the kitchen, my partners meal was placed under the lamp to keep warm while my for was cooked, the waiter gave us an extra come each which didn't appear on our bill, and then sent one of the young ladies to ask that as the scampi would invariably go to waste would we in fact like it as a gratis appetiser? To which we were more than happy to agree!! The original order duly completed we then struggled to eat all of our dinner after our host generosity over their mix up! Well recovered by such friendly and approachable staff!!
Breakfast on Sunday morning was also one of the better breakfasts I've had in a very long time, a proper butchers (local as it turned out) sausage, and not full of herbs as in Lincoln or Cumberland types, not a fan personally of those for breakfast! Two bacon, two eggs, hash brown, beans, a large Portobello mushroom properly cooked and not at all pale and watery! Obviously served with our choice of hot drink, orange juice, toast and preserves, and cereal to start should you want it. All in all very happy, and will make a point of revisiting next time I'm booked to be in the area instead of my former favourite just up the road in Diss 😁

Stayed overnight at The George and Dragon PH in East Harling in order to look around the area. Very friendly staff, a good sized and clean room and a comfortable nights stay. No problems with Wi Fi in the room. Enjoyed a great evening meal in the bar restaurant and had an amazingly well-cooked full English breakfast in the morning. Great value for money. Adequate parking in the hotel car park to the rear. The only one thing I would comment upon was the spiral wooden stair case that led to the rooms - it made it more challenging carrying luggage to our room. For a short stay in East Harling, I would suggest that this is a good place to stay.

There were a few issues here.

Firstly, although there are enough parking spaces for the four rooms, due to patrons ignoring the signage to park centrally, it was difficult to park.
Secondly, the area that leads to the rooms seems to double as some sort of storage/dumping ground.
Thirdly, all of the vegetarian meals had some type of dairy in them, meaning we had to have sides for dinner.
Fourthly, at breakfast there were no dairy free options for spread, only butter, even though there is a shop next door which stocks dairy free spread. We're vegan, but this issue would also have affected those with allergies.
And finally, the breakfast service was awful, especially considering we were the only two customers there! We weren't asked if our food was OK, our empty plates were ignored several times and we were not asked if we were finished. We also had to approach the bar to settle the bill, even though the writer had walked past us several times and ignored the fact that we'd finished our meals.

Due to the fact the football was on, the pub was very noisy during our evening meal. There was no mention of this when booking.
Outside noise from customers went on well past closing time and smoke from the outside smoking area permeated our room. Having to keep the window open due to the heat meant we could not escape either smell nor sound.
I expected noise up to a certain team, it is a pub after all, but past midnight is just not on.
All in all I got about 5 hours sleep and had a rubbish time.
Also, the shower grouting needs a good bleach as it was very grimy. It's a very easily fixed problem so I'm unsure why it wasn't attended to.