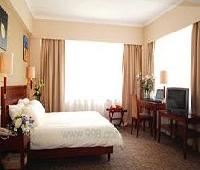 No.28 East Wuyi Road,Nanning,CN,China 2 Star Hotel
Check in 15:00
Check Out 15:00
Nice hotel without restaurant. NicklasJ-N on 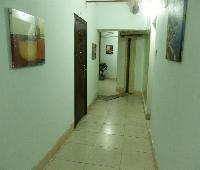 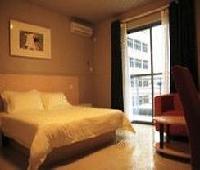 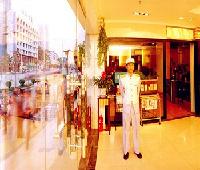 GreenTree Inn Nanning East Wuyi Road Hotel is a nice little hotel with staff that understands some english. The hotel is clean and have free Wi-Fi in the lobby but no restaurant so all meals must be eaten somewhere else or bought along to the room. It is placed a little bit off from Nanning centre but there are bus stops on both side of the road in front of the hotel. So use bus no. 9 to get to the centre of Nanning, just make sure you go in the right direction. There are five Green Tree Inn in Nanning so check that you have the right address to show the taxi driver when you go from the airport for an example.

Great Hotel on a budget

This hotel is not in the greatest spot, cost about 17RMB to get there from the train station. The staff couldn't speak a word of English but thanks to a mixture of badly pronounced Chinese and miming we were able to check in okay. The staff were still really helpful and friendly, they even helped us with our stupid amount of luggage. The rooms were clean with comfy beds, though the shower had a tendency to fire up into the air if left unsupervised!

If you have come to Nanning to catch the train to Hanoi I would perhaps recommend somewhere closer to the station as there isn't much to do in close proximity to the hotel while your waiting. We arrived quite late so most places had closed that sold food. There is a large department store about 10 minutes walk away where you can find your standard fast food fodder, pizza hut and KFC. In the daytime though there is a really interesting food whole sale market which I would recommend having a wander around if you're in the area.

The hotel is fine, nice big rooms and very clean and modern.

But, they don't have a restaurant and there aren't any decent places close by unless you want to eat in a 3 yeun noodle bar for breakfast, lunch and dinner.

No English spoken, but the staff tried their best to help out and were generally very good.

If you are staying in Nanning, I would look for somewhere on the other side of the river. The map pin for this hotel in Trip advisor is in the wrong place. Its south of the river and quite far out of the centre.